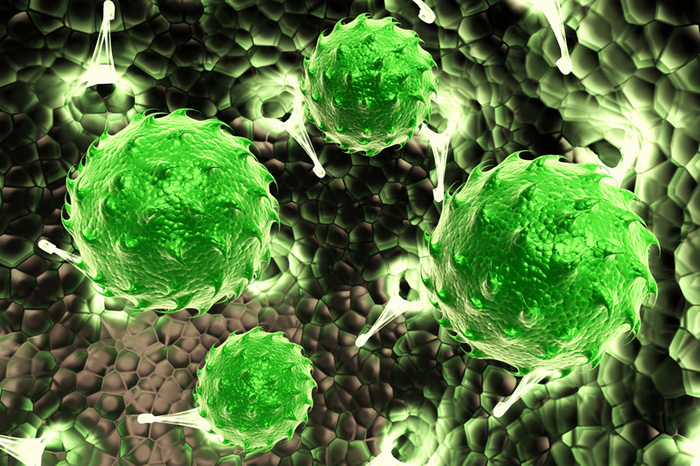 A bacterial infection is nothing to take lightly; it can lead to a number of serious afflictions, some of them potentially fatal.

Harmful bacteria find their way into your body in different ways, making good hygiene your best defense. (By the way, the Food & Drug Administration says hand sanitizers are not a defense against bacteria). Bacteria can be ingested or spread sexually or through other skin-to-skin contact—and can be found on towels, clothing, and sporting equipment or in your food. Wounds, scratches, and even pimples can open the door for bacteria to grab hold.

Bacteria take advantage of any opportunity presented. Damaged teeth—even when not painful—may have a chip or crack that can allow bacteria to enter the bloodstream. That may result in a bacterial infection, but it could also lead to cancer (lung, kidney, pancreatic), hepatitis, and cardiovascular disease. Signs of leaking bacteria include: periodontitis, bad breath, sore or bleeding gums, or gum or cheek inflammation. And, of course, food poisoning is a well-known bacterial infection. The usual culprits are Escherichia coli (E. coli), Salmonella Eneteritidis (salmonella), and Listeria monocytogenes or Listeria Monocytogenes (listeria).

The Battle Between Good and Evil Bacteria

In a study published in Current Biology, researchers at the University of Oxford showed that bacteria approach conflict in much the same way as an army, responding to a threat with a coordinated, collective retaliation.

The research team studied pairs of E. coli strains as they fought against each other. Each strain uses a specific toxin to try to overcome its competitor. A strain is immune to its own toxins, but it can kill other strains. This type of competitive interaction plays a key role in how individual bacteria establish themselves in a community, such as the human gut. By engineering the strains to have a fluorescent-green color, the authors were able to clearly follow their combat in real time.

Not all strains of bacteria fight the same way. Each approaches conflict with a different level of attack, some being hyper-aggressive and others more passive. The researchers noted that strains can detect an attack from an incoming toxin and respond quickly to warn the rest of the colony and mount a counter attack together.

“Our research shows that what appear to be simple organisms can function in a very sophisticated manner,” says senior author Kevin Foster. “Their behavior is more complex than we have previously given them credit for. Much like social insects, such as honeybees and wasps, and social animals like birds and mammals who use alarm calls when under predation, they are capable of generating a coordinated attack.”

Since the human body plays host to vast numbers of bacteria, particularly our gut microbiome, this effectively means that there is a bacterial war going on inside us. Understanding bacterial competition can help us to understand how bacteria spread, where, and why.

“We know from other studies that toxins are important for whether or not a particular strain will establish in a community. But understanding how bacteria release toxins and out-compete others is very important for understanding the spread of infection,” says Foster.

Symptoms of a bacterial infection vary with the actual illness the bacteria causes, but can include:

What types of illnesses can arise from a bacterial infection? There are numerous, from boils to pneumonia, from septic arthritis to urinary tract infections (see list in sidebar).

Bacterial Infection and the Flu

An infection with both the flu (which is caused by a virus) and bacteria can be a fatal combination, say scientists from the University of Vienna. The influenza virus attacks the upper-respiratory tract—the nose, throat and bronchi—and, rarely, also the lungs. Although people die from the flu every year, a main cause of death in people having the flu is a secondary bacterial infection.

When someone has the flu, susceptibility to bacterial infection increases. One type of bacteria that the immune system usually prevents from spreading and harming us is Legionella pneumophila. (Infection with Legionella pneumophila is called Legionnaires’ disease.) However, in some circumstances, such as when we’re infected with influenza virus, Legionella can cause pneumonia, which if left untreated can leave the lung permanently damaged and even cause death.

“In our model system, an infection with influenza and Legionella was fatal,” says lead author Amanda Jamieson. “We expected that this would be caused by the bacteria growing and spreading like crazy, but what we actually found was that the number of bacteria didn’t change, which was a big surprise.”

The researchers showed that the damage to the lung tissue caused by a co-infection with flu and Legionella is not properly repaired, as the influenza virus suppresses the body’s ability to repair tissue damage. In case of an additional Legionella infection, this may lead to fatal pneumonia. However, treatment with drugs that activate tissue-repair pathways significantly improved the outcome. This suggests that new treatment options to deal with co-infections of flu and bacteria should be explored.

The CDC has a list of 18 organisms (17 bacteria and 1 fungus) that have shown signs of being drug-resistant threats. Antimicrobial agents like antibiotics have been used against these organisms since the 1940s. Now, more than 70 years later, we’re seeing the drugs become less effective. That’s because it’s unlikely any of the drugs always killed every organism it was targeting, which means it left behind organisms that were able to adapt to the drug and become resistant to its effects.

Three of those 18 organisms are listed by the CDC as an “Urgent Hazard Level.” All three are bacteria. The CDC says these threats may not be widespread, but they have the potential to become so, which is why bacterial infections like these are monitored closely. These bacteria are: