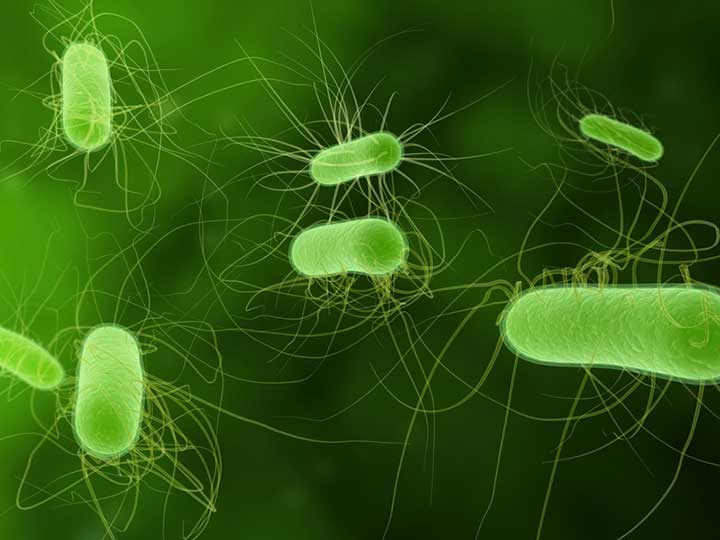 Escherichia coli bacteria typically live inside the intestines of healthy people and animals.

Romaine lettuce contaminated by E. coli caused dozens of illnesses and five deaths between November 2017 and June 2018. Just before Thanksgiving 2018, we received news of another E. coli outbreak traced to romaine lettuce. No deaths resulted, but 43 people fell ill with a strain of Shiga toxin-producing E. coli (see sidebar). Thankfully, health officials announced on Nov. 28, 2018 that it’s again safe to eat romaine lettuce—as long as you read the label.

WHAT IS SHIGA TOXIN-PRODUCED E. COLI?

Some types of E. coli bacteria cause disease when they produce a toxin called Shiga toxin. “The bacteria that make these toxins are called ‘Shiga toxin-producing E. coli,’ or STEC for short,” according to the Centers for Disease Control and Prevention (CDC). “There are many kinds (called serogroups) of STEC that cause disease. The most commonly identified STEC in the United States is E.coli O157:H7 (often shortened to E. coli O157, STEC O157, or even just O157).”

News stories about outbreaks of E. coli infections, the CDC adds, usually refer to E. coli O157. The CDC estimates that STEC causes 265,000 illness, 3,600 hospitalizations, and 30 deaths in the U.S. every year.

Not all romaine lettuce bears labeling that reveals harvest dates and regions of origin. According to Time, the produce industry plans to start adding that information to labels. For now, retailers are requested to post the information in stores (near checkout areas, for example).

Escherichia coli bacteria typically live inside the intestines of healthy people and animals. This is essentially where the bacteria comes from. Most varieties of this bacteria are harmless. Unfortunately, there have been some dangerous strains, such as the O157:H7 strain (as in the recent case of contaminated romaine lettuce), which can cause severe abdominal cramps, bloody diarrhea, and vomiting.

You can be exposed to this E. coli strain by consuming contaminated water or food—especially raw vegetables and undercooked ground meat. Healthy adults will usually recover from the infection within a week. Older adults, young children and individuals with a weakened immune system have a greater risk of developing kidney failure (hemolytic uremic syndrome), which can be life-threatening.

Curious about where germs lurk? Visit our post Where Germs Hide: Our “Filthy 5” Everyday Items May Shock You!

See also our post Hand Hygiene Is Key to Preventing the Spread of Infection.

It doesn’t take much—E. coli can cause an infection when you ingest even small amounts. Typical causes of infection include contaminated food or beverages, such as:

What Are the Symptoms of E. Coli?

Signs and symptoms of an E. coli O157:H7 infection typically begin three to four days after exposure to the nasty bacteria, however, symptoms can start anywhere from after one to seven days or more. Symptoms can include the following:

How to Protect Yourself from E. Coli Contamination

Follow these guidelines to protect yourself and your loved ones from E. coli bacteria: