Home » Daily » Eyes, Ears, Nose & Throat » Tonsillitis: What’s Causing the Pain and How to Heal It 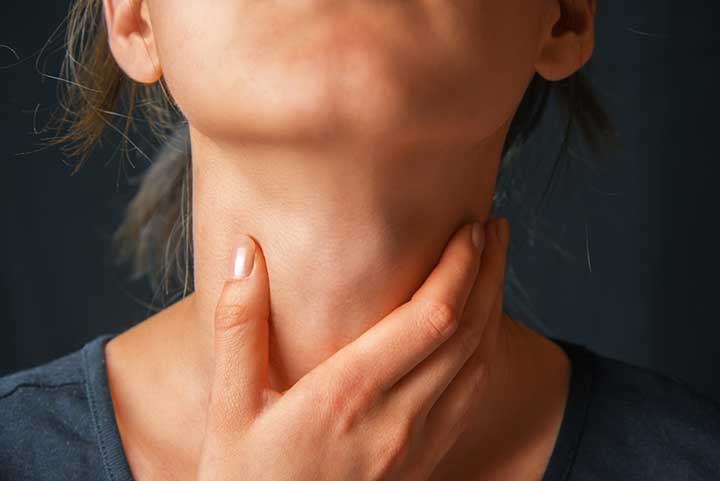 Your doctor may recommend surgery to remove your tonsils if you’re suffering from recurrent or chronic tonsillitis, or if antibiotics aren’t helping.

There’s a good chance you had them removed when you were a child, but if not, tonsils can sometimes be a major source of pain and discomfort for you as an adult. Tonsillitis is often the culprit, but what causes it and how is it treated?

Tonsils are two lumps of tissue—one on each side of the back of the throat. Along with adenoids, tonsils are part of the immune system. Although adenoids eventually shrink and tonsils become less active as children grow, they initially aid in boosting immunity by trapping and filtering out bacteria and toxins in the mouth and nose. Unfortunately, this also means that they’re both prone to infection.

When tonsils become infected, the condition is known as tonsillitis. While most children (and some adults) experience tonsillitis at least once in their life, it can sometimes become a chronic issue that could require medication and/or surgery.

Tonsillitis can be caused by either a viral or bacterial infection. Measles, herpes simplex, and Epstein-Barr are the most common viruses that cause tonsillitis, while Group A beta-hemolytic streptococcal (GABHS) is the cause of most types of bacterial tonsillitis.

Tonsillitis mostly occurs in children between the ages of 2 and 15. Younger children are more prone to viral tonsillitis, while bacterial tonsillitis is more common in older children. Adults, however, are not completely immune to the infection. Although it’s rare, adults can also be stricken with tonsillitis even though their tonsils’ immune system function tends to decline after puberty.

What Are Those White Spots on My Tonsils?

We often assume that if we see white spots on our tonsils, it’s a sure sign of strep throat, a bacterial infection that can cause throat pain and swollen tonsils. That may be the case, so it’s important to get diagnosed by a doctor if the spots don’t go away after a few days. They also, however, may be a sign of another condition, according to Medical News Today:

There are four types of tonsillitis, according to the American Academy of Otolaryngology-Head and Neck Surgery. The type of tonsillitis can determine which symptoms may occur and how long they last:

If you experience any of the symptoms above for more than two days, it’s important to see your doctor for testing because some types of tonsillitis, such as strep throat, can be treated only with antibiotics.

Antibiotics can’t cure viral tonsillitis, so if you’re doctor tells you that your infection is viral and not bacterial, here are some tips to relieve your symptoms:

Your doctor may recommend surgery to remove your tonsils if you’re suffering from recurrent or chronic tonsillitis, or if antibiotics aren’t helping. While tonsillectomies are often performed as outpatient surgery, it could take up to two weeks to completely recover.

Children will typically heal faster than adults after a tonsillectomy, according to LiveStrong.com, and adults tend to feel more pain and experience more bleeding than children. It’s important for both children and adults to get rest after surgery, stay hydrated, use an ice pack on the throat to reduce swelling, and limit activities until healed.

Contact your doctor immediately if you experience worsening pain, bleeding, trouble breathing, or fever after a tonsillectomy.

How to Prevent Tonsillitis

Like other common viral and bacterial infections, tonsillitis is often spread through contact with an infected person. Here are some ways to reduce you and your children’s chances of contracting and/or spreading tonsillitis: