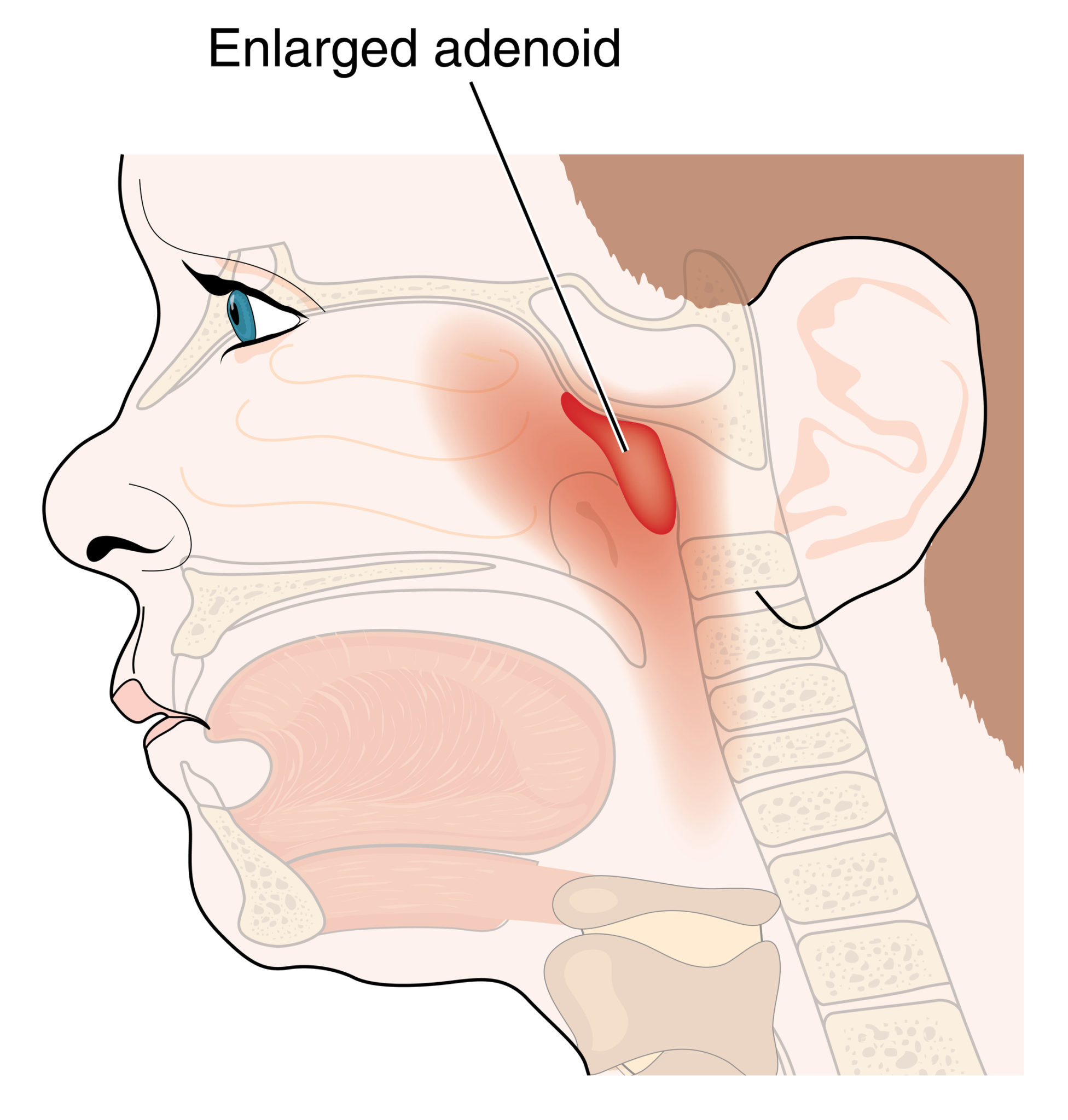 While the adenoids and tonsils are weapons in a child’s immune system armory, they can themselves become infected.

The adenoids are two fleshy bumps of tissue at the back of the throat, just above the tonsils. In fact, they are often referred to as nasopharyngeal tonsils. Buried deep within the soft palate (roof of the mouth), our adenoids—unlike our tonsils—are not directly visible.

Along with the tonsils, adenoids are part of the immune system. You likely have heard adenoids mentioned in reference mainly to children, because by the time we’re adults, we essentially “outgrow” our adenoids —they begin to shrink at about age 7, and are gone by the time we reach adult years.

What Do the Adenoids Do?

Children need adenoids because their immune system is less well-developed than an adult’s immune system. The adenoids and tonsils boost a child’s immunity by trapping and filtering out bacteria and toxins that enter the mouth. Adenoids also contain white blood cells that fight infection.

Unfortunately, while the adenoids and tonsils are weapons in a child’s immune system armory, they can themselves become infected. Some children have frequent tonsillitis and infections in their adenoids that cause a sore throat, swollen and painful glands in the neck, and earache, issues, not to mention nasal congestion that can make sleeping difficult.

If a child exhibits very noisy breathing through her nose, or if she tends to mouth-breathe all the time, she could have infected, enlarged adenoids. Another red flag is if she has frequent ear infections; still another is the condition called “glue ear” (in which thick fluid builds up in the middle ear, affecting hearing and causing discomfort).

The procedure also may happen in reverse—if your child has frequent tonsillitis and a tonsillectomy is recommended, the doctor may advise that the adenoids are removed at the same time.

An adenoidectomy can be performed several ways. A small spoon-shaped device called a curette may used to cut away the soft tissue of the adenoids, or they may be cauterized away—a similar heat-based approach (called coblation) uses radiofrequency energy. All of these methods of removing the adenoids are done through the mouth.