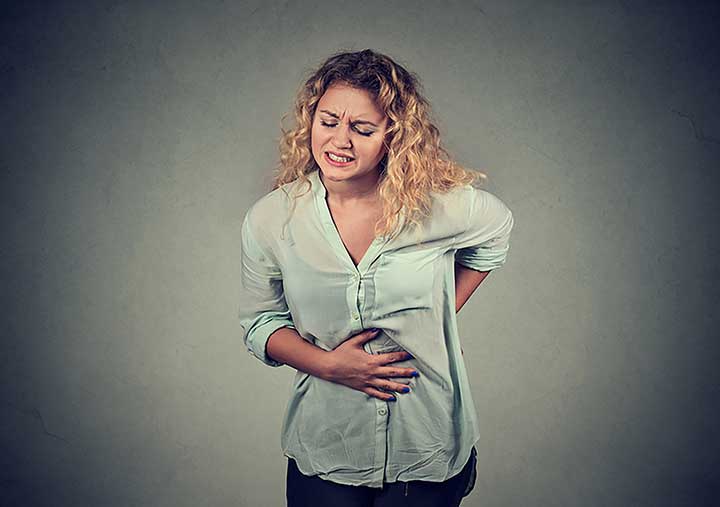 UTIs plague far more women then men. Add older age to the mix and women become even more vulnerable to these annoying infections.

Drinking plenty of fluids has been among the top recommended strategies for preventing urinary tract infections (UTIs). But how much water is enough? Drinking an additional three pints of water a day may keep the urinary tract infection (UTI) away, at least for women who are prone, according to a study presented at a 2017 Infections Diseases Society of America conference (ID Week 2017).

The study found women at risk of UTIs who increased their water intake by about that much water every day were nearly half as likely to get UTIs as women who did not.

“While doctors have long assumed this is the case and often recommended that women at risk for UTIs increase their fluid intake, it’s never really undergone a prospective trial before,” said Thomas M. Hooton, MD, lead author of the study and clinical director of the Division of Infectious Diseases, University of Miami School of Medicine. “It’s good to know the recommendation is valid, and that drinking water is an easy and safe way to prevent an uncomfortable and annoying infection.”

Why Women Are Prone to UTIs

UTIs plague far more women then men. Add older age to the mix and women become even more vulnerable to these annoying infections. There are number of reasons for this increased risk, including issues with immune response, hormones, and other conditions that can trigger a UTI.

“Our immune system does not work as well as it did when we were younger,” explains Maija Sanna, MD, a specialist in geriatric medicine at UCLA. “This increases the risk for many infections, including UTIs. In addition, bladder prolapse, urinary retention, and urinary incontinence add to infection risk.”

The shifting hormones of menopause are also to blame. Without estrogen, bacteria have an easier time living in the urethra and vagina.  Conditions such as diabetes, may contribute to the increased rate of UTIs in older women as well.

With all those risk factors for getting a UTI, it may seem impossible to not get an infection.  But knowing the whys of UTIs points to treatment and prevention options.

Is It a UTI or Something Else?

UTI symptoms, such as urinary urgency and frequency, can be caused not only by UTIs but also other factors such as caffeine and alcohol, which are bladder stimulants. “If urinary urgency and frequency do not improve with a reduction in bladder stimulants, see your doctor make sure you do not have a UTI,” recommends Dr. Sanna. “Signs that you should go in immediately for evaluation include fever, inability to urinate, severe urinary pain or blood in the urine.”

Home Test Kits Can Be Useful

At-home urine dipstick tests can be purchased without a prescription but they need to be used in consultation with your physician. These tests because they can help rule out whether an infection is causing the burning, itching and/or painful symptoms.  The dipsticks can quickly give information about the presence of bacteria, blood, and inflammatory cells in the urine. They’re not 100 percent, nor are they specific as to what is causing the infection, but if it’s negative the chances are very low that you have a bacterial infection.

If the test kit does detect an infection, the next step is a physician-ordered urine culture. This step is extremely important. Some physicians may bypass it and prescribe a broad-spectrum antibiotic, which, as the name implies, kills a wide array of bacteria. The problem with that approach is twofold: one, it wipes out a lot bacteria that may not be the root cause, and two, it may not get rid of the actual bacteria that is causing the infection. A urine culture that identifies the offending organism enables a physician to select a targeted medication.

Putting a Pause on Antibiotics

Antibiotic overuse and misuse have to led the rise of ‘superbugs,’ which are bacteria that no longer respond to common medications. Antibiotics certainly have their place in as treatments, especially for serious bacterial infections. But sometimes, the body can clear UTIs, and other minor bacterial infections, on its own. Recent research from the University of Amsterdam found that women 70% of study participants who did not take antibiotics were cured or better after a week.  It’s important to note that these were women with uncomplicated UTIs. The study appeared in BioMed Central’s open access journal BMC Family Practice.

Estrogen May Be a Treatment Option

Estrogen stimulates the body’s own defense mechanisms within the urinary tract, according to a study from the Karolinska Institute in Sweden. The bacteria that cause UTIs must first reach the bladder, which is lined with epithelial cells. These cells have two important jobs in protecting the bladder against infection: they form a barrier to block intruders, and they produce antimicrobial peptides, which are the body’s own natural antibiotics.

According to the research, the epithelial cells in postmenopausal women are more fragile and easily damaged. With gaps between the cells, bacteria can more easily reach the bladder. Less estrogen also means lower levels of antimicrobial peptides.

But when the researchers treated with women estrogen for 14 days, the gaps between the cells were fewer, creating a better shield against invading bacteria. The body’s own defense system is better able to fight infections.

Estrogen can be prescribed in various formulations. Local estrogen such as vaginal estrogen creams, tablets, and the estrogen ring are preferred over oral estrogen or estrogen patches, which will carry more side effects and risk. The vaginal ring stays in place for three months while the tablets and creams are used a few times a week.