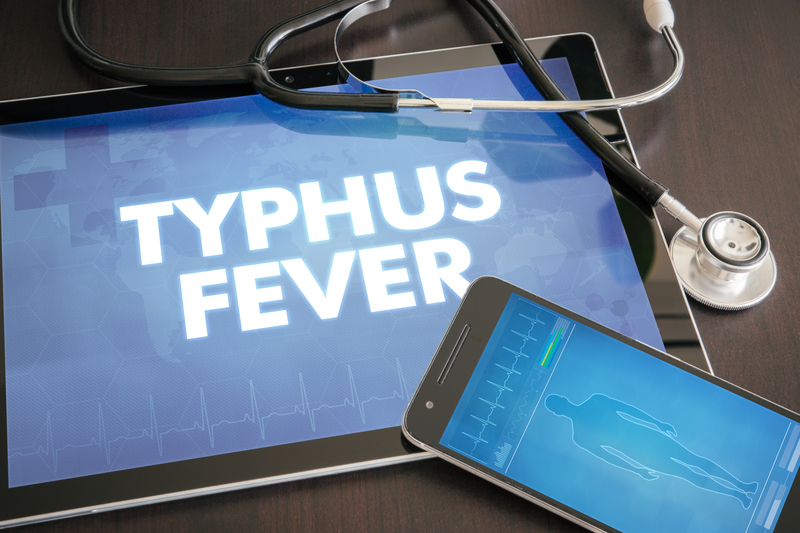 We don't think of typhus as a contemporary problem, but it's never been exterminated. Flea infestation is one source. As CA.gov reports, "In the United States, most cases [of typhus] occur in Texas, California, and Hawaii, with an average of about 300 cases every year. Flea-borne typhus is considered endemic (always present) in areas of Los Angeles and Orange counties, but cases are also sometimes reported from other parts of California."

Typhus is a group of bacterial diseases with a long history. “Epidemic typhus caused by Rickettsia prowazekii is one of the oldest pestilential diseases of humankind,” according to researchers of an article published in the journal Microbiology Spectrum.

Despite hanging around for centuries, giving generations of researchers a chance to study it, typhus still plagues thousands of people worldwide. And in 2018, it caught the attention of California. In 2008, the state had five typhus cases; through October 2018, the total had jumped to around 80, with fleas being blamed for the increase. As the Los Angeles Times reported, “Typhus outbreaks are often associated with poor hygiene and overcrowding. Los Angeles officials say they’re corralling stray animals that could carry fleas, cleaning streets and encouraging people to treat their pets for fleas and put away trash that may attract infected animals.”

According to the researchers mentioned above, the first officially recorded typhus outbreak occurred in the 18th century in Douai, France. It was thought to stem from contact with lice on Spanish soldiers returning from America. A large number of Napolean’s soldiers also suffered from typhus. In fact, many believe more of Naoplean’s soldiers were killed by typhus than by Russian soldiers.

Typhus also ran rampant in German concentration camps during World War II, killing Anne Frank and thousands of others. In all, more than 3 million deaths can be blamed on this disease both during and after World War I.

Transmitted most commonly by body lice (head lice don’t carry typhus) as well as ticks, mites, and fleas, typhus remains a threat even today, especially in impoverished areas where poor hygiene and unsanitary conditions are major issues. As stated by French researchers, typhus “continues to strike tens to hundreds of thousands of persons who live with war, famine, crowding, and in squalid conditions associated with social unrest.”

The three main types of typhus are:

Symptoms of typhus become noticeable within one to two weeks of contact with the infection and last about two weeks if there are no complications. Since symptoms often mimic those of the flu, typhus can be difficult to diagnose.

TYPHUS IS STILL A CONCERN IN TODAY’S SOCIETY

Despite being treatable with antibiotics, typhus remains a threat today mainly because of poor sanitary conditions throughout the globe. “In the 21st century, circumstances are still conductive for outbreak; the emerging threat of bioterrorism raises justifiable concerns that typhus could affect civilization just as greatly in the future as it has in the past,” according to authors of a report called “The History of Epidemic Typhus” in Infectious Disease Clinics of North America.

Outbreaks have recently been recorded in Travis and Galveston counties in Texas, and in various parts of California.

ENDEMIC TYPHUS: The most common signs of endemic typhus include:

Some people also suffer from:

EPIDEMIC TYPHUS: Symptoms of epidemic typhus mirror those mentioned above, but can also include more serious (and potentially fatal) complications, including:

Complications of epidemic typhus that can lead to death, especially in the elderly, include:

Typhus and typhoid have been mistaken for each other for centuries. While typhoid is a food-borne illness caused by salmonella typhi, typhus can be blamed on the following bacterium: Ricksettia prowazekii, Rickettsia typhi, Rickettsia felis, or Orientia tsutsugamushi.

Typhoid is spread through contaminated water or food while typhus is contracted through a bite (or contact with the feces) from a tick, flea, or louse. Both diseases have similar symptoms (e.g., fever, abdominal pain, confusion, and fatigue), which can make them difficult to diagnose.

Visiting or living in areas with high populations of rats, mice, cats, opossum, and other animals increases a person’s risk of contracting typhus. Disaster zones, poverty-ridden areas, jails, and refugee camps are especially prone to the disease. It has also run rampant in homeless populations.

There is currently no vaccine for typhus, meaning avoiding fleas and lice is your best bet to stay healthy. Keep your garbage containers tightly covered to avoid attracting rats and possums, apply flea control medicine to your pets, and don’t leave pet food outside.

The good news? The majority of those who contract typhus can be cured with antibiotics, especially if they take the medicine early. Multiple types, including azithromycin, doxycycline, and tetracycline have been used to successfully treat the disease. See an infectious-disease expert to ensure your treatment plan is optimal for your condition. 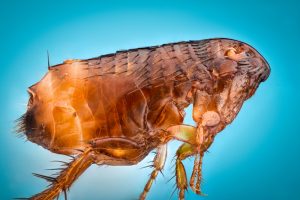 Recent outbreaks of typhus in California and Texas have been attributed to flea infestation.

No. However, if an infected flea or louse moves from one person to another (either by direct contact or through shared clothing), it can infect both people with the disease. You can become infected with typhus in two ways:

How Is Typhus Diagnosed?

Taking a detailed history from the patient is key to diagnosing typhus. A physical exam and various tests including a skin biopsy, Western Blot test, Immunofluorescence test, and blood samples are also essential steps in the diagnostic process.