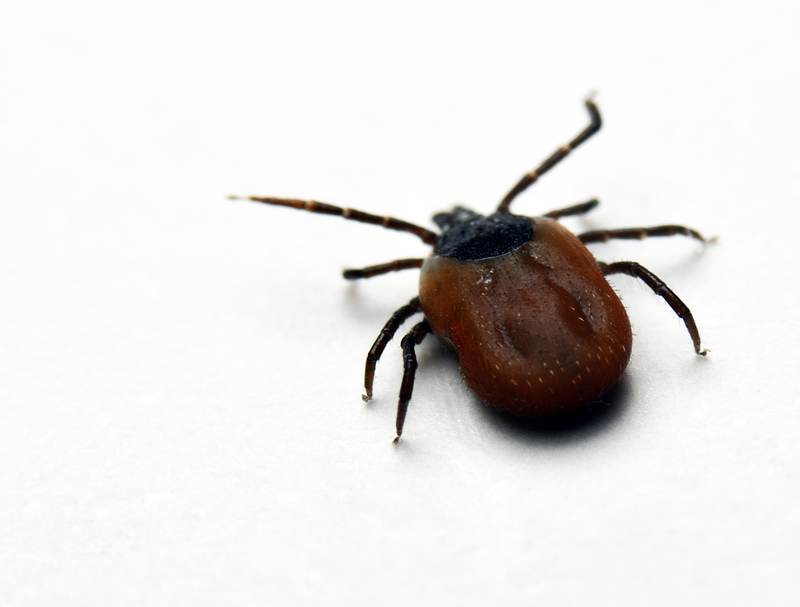 Tick bite diseases extend well beyond Lyme disease. Anaplasmosis, Babesiosis, Ehrlichiosis, and others pose a threat that requires preventative measures for anyone living in regions inhabited by ticks.

Want to know something that really grosses me out? Ticks. These tiny pests hide in tall grass or bushes, waiting to jump on their next meal. They’re not picky about who they choose—any mammal, reptile, or bird will do. Then, bam! They’re on you, grabbing hold with their little hypostomes (a piercing tool that hooks onto your skin). Next, they inject stuff into you—a cementing material to help them stick better, an anti-inflammatory substance so you don’t notice their bite, or, in a small percentage of cases, tick-borne diseases. Are you squirming yet?

And consider this: “The CDC has acknowledged that the reported cases represent only about 10 percent of the actual number of cases,” says Brian Fallon, MD, Director of the Lyme & Tick-borne Diseases Research Center at Columbia University Medical Center. “In other words, in 2016 there were about 364,290 cases of newly diagnosed Lyme disease in the United States.” (Yikes! There go my carefree walks through the woods.)

Some 80 species of ticks inhabit the United States, and 12 of them represent a major health concern. So it’s no surprise that tick-borne disease cases are continuing to rise. But why are ticks so prevalent? “The most likely reason is climate change,” says Dr. Fallon. “The winters are shorter, allowing for a longer season of abundant tick activity and thereby putting people at greater risk for longer periods. Because of the warmer climate, the ticks have expanded further north.”

So what are these illnesses ticks carry, and how dangerous are they? Most of us have heard of Lyme disease, but there are other tick-borne diseases that can have serious effects on our health. Below, we offer a guide to 12 diseases, including Lyme, related to more commonly found ticks in America.

STOP TICKS IN THEIR TRACKS

Learn how to fend off these illnesses by reading our post “Lyme Disease: Prevention is Key.” 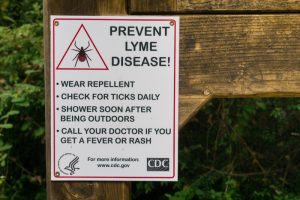 Black-legged (a.k.a. deer) ticks and Western black-legged ticks are to blame for transmitting the bacteria that causes anaplasmosis. It’s the second-most-common of the tick-borne diseases in the United States. Those most at risk live in the upper midwestern and northeastern states.

Anaplasmosis symptoms—which typically appear between one and two weeks after a bite—include fever, chills, headaches, and muscle aches. While cases of anaplasmosis have been reported throughout the year, more than 25 percent of them occur in the month of June, followed closely by nearly 23 percent in July.

Most common in the northeast and upper Midwest, this disease is caused by tiny parasites that infect red blood cells. It, too, is transmitted by the black-legged tick. While many people infected with this illness don’t experience symptoms, those who are hit with symptoms suffer from fever, chills, sweats, body aches, nausea, fatigue, headache, and loss of appetite. Symptoms actually can develop within a week of being bitten, but usually they appear within a few weeks or months, according to the CDC.

Babesiosis can be fatal for the elderly, those with weakened immune systems from cancer, lymphoma, or AIDS, those without a spleen, and people who suffer from serious health conditions such as liver or kidney disease.

According to the CDC, this virus isn’t nearly as widespread as Lyme disease (see below). In fact, only a few patients have been infected with it in the Midwest and the southern United States. Reported symptoms include fever, fatigue, headache, rash, body aches, nausea, and vomiting. There is currently no routine test for Bourbon virus.

Transmitted by the lone star tick, ehrlichiosis is also caused by bacteria and is growing in prevalence in the U.S. It’s found mostly in the mid-Atlantic, southeastern, and southern central states. Symptoms occur within one to two weeks after a bite and can include fever, headache, stomach pain, cough, confusion, muscle aches, and fatigue.

Ehrlichiosis is typically treated with the antibiotic doxycycline. Along with anaplasmosis, ehrlichiosis is the second-most-common of the tick-borne diseases in the U.S.

Also transmitted by the lone star tick, this illness has cropped up in the midwestern and southern United States. Symptoms include fever, headaches, nausea, decreased appetite, fatigue, muscle aches, and diarrhea.

According to the CDC, “There are no vaccines to prevent or medications to treat Heartland virus infections.” Almost all patients who have it need to be hospitalized “for intravenous fluids and treatment for pain, fever, or other related problems,” the CDC adds. It’s thought to take two weeks to develop this virus.

SHOULD A TICK BITE = AN ER VISIT?

Dr. James Bregman—an Emergency Department physician in New York City—takes on that question in our post “Tick-Bite Tale from the ER: ‘Doctor, There’s a Seed Attached to Me!‘” 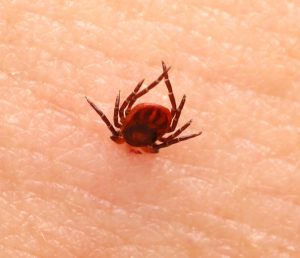 The most common of tick-borne diseases, Lyme disease is transmitted by an infected black-legged tick. With more than 36,000 cases of Lyme reported in 2016, the CDC found this illness to be responsible for 82 percent of all tick-borne diseases between 2004 and 2016. It, too, is caused by bacteria.

Early symptoms of Lyme diseases include a rash (which can appear from three to 30 days after a bite) that resembles a bull’s-eye, with a clear center. It can spread up to 12 inches and is not often itchy or painful. The rash is accompanied by flu-like symptoms such as fever, chills, body aches, headache, and fatigue. For more symptoms, read our article “Ignore Lyme Disease Symptoms and You Could Risk Severe Complications.”

If left untreated, Lyme can cause a bevy of serious symptoms, including neurological issues (e.g., facial palsy and neuropathy), cognitive impairments (to memory), chronic joint inflammation, and irregular heart rhythm.

Both the black-legged tick and the groundhog tick can pass on this nasty illness. It’s been found mostly in the northeastern states and Great Lakes region. According to the CDC, about 100 cases of POW were reported in the U.S. over the past 10 years, but these, too, are likely underreported.

The Powassan virus can be transmitted within 15 minutes of being bitten by a tick. Lyme disease, in comparison, takes between 24 to 36 hours to be transmitted. “Although most people who get infected with Powassan virus do not get ill, those who do get the neurologic manifestations can get a very severe disease that leads to death in about 10 percent of cases,” says Dr. Fallon.

Symptoms include, fever, headache, vomiting, confusion, weakness, memory loss, and seizures. There is currently no treatment for POW, says the CDC, and those who contract a severe form of it often need to be hospitalized.

This less common disease is transmitted by the Gulf Coast tick. Symptoms include fever, muscle pain, rash, and scalp tenderness. Symptoms have been noticed anywhere between four and 10 days after a tick bite. It is currently treated with the antibiotic doxycycline.

A relatively new disease found in California, the CDC claims this illness is transmitted by the Pacific Coast tick. Most common from July through September, 364D Rickettsiosis was first discovered in 2010. Symptoms include an ulcerative skin lesion, fever, headache, fatigue and muscle aches.

The American dog tick, Rocky Mountain wood tick, and brown dog tick are responsible for passing along this unpleasant condition, especially in the mid-Atlantic states, eastern and southern Arizona, and northern Mexico. In fact, this disease progresses rapidly and can be fatal. Those who don’t receive a tetracycline-class drug during the first five days of illness can die from this condition, claims the CDC.

Those bitten by an infected soft tick—often while sleeping in a rustic cabin or rodent-infested vacation home—are most likely to contract this rare condition, says the CDC. Symptoms, which occur after about seven days following a bite, include fever, fatigue, muscle and joint aches, vomiting, diarrhea, chills, and nausea. After a few days, symptoms may improve, only to return a week later. If left untreated, this process can repeat multiple times.

Three types of ticks can pass along tularemia: the wood tick, dog tick, and lone star. Symptoms of tularemia can vary from mild to fatal, depending on how the bacteria enters the body, states the CDC. These include a skin ulcer and swollen lymph nodes near the bite. In some cases, if the bacteria is inhaled or enters through the eye, inflammation, a cough, chest pain and difficulty breathing can occur. Tularemia is currently treated with antibiotics for 10 to 21 days.