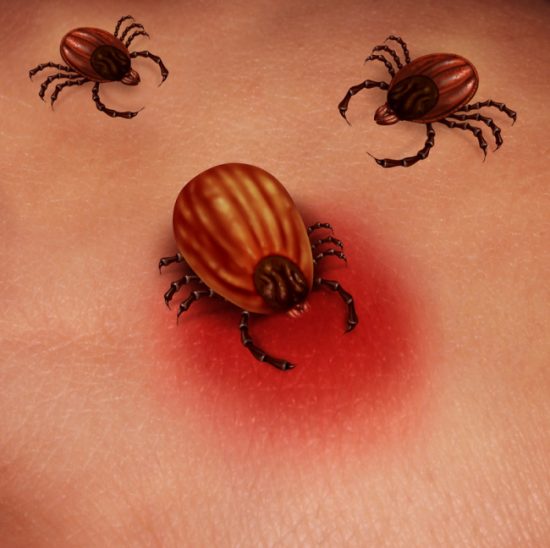 Lyme disease, transmitted via ticks feeding on blood after attaching to the skin of a host, can become serious if not treated quickly (see diagram below).

Lyme disease is an infection spread by blacklegged ticks, also known as deer ticks. Statistics from the Centers for Disease Control and Prevention (CDC) indicate that about 329,000 Americans contract the condition each year. While Lyme disease symptoms aren’t necessarily serious, ignoring them could compromise your health and cause serious complications.

To protect yourself, stay alert for these Lyme disease symptoms:

SHOULD A TICK BITE = AN ER VISIT?

Dr. James Bregman—an Emergency Department physician in New York City—takes on that question in our post “Tick-Bite Tale from the ER: ‘Doctor, There’s a Seed Attached to Me!.’”

Lyme Disease: On the Rise

Over the past few decades, there has been an overall increase in the number of ticks carrying Lyme disease. In 1998, disease-carrying ticks were present in 30 percent of counties in the U.S., but data released by the CDC in 2015 indicated that they’re now present in almost half of U.S. counties.

“This study shows that the distribution of Lyme disease vectors has changed substantially over the last nearly two decades,” says study leader Dr. Rebecca Eisen, a research biologist at the CDC. “[It also] highlights areas where risk for human exposure to ticks has changed during that time.” 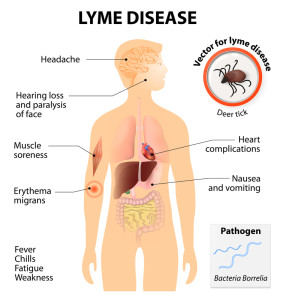 It’s particularly important to stay alert for Lyme disease symptoms if you live in the Northeast, upper Midwest, and southern regions. In these areas, reforestation has led to a boom in the deer population. (See also our post “Lyme Disease: Prevention Is Key.”)

Climate change also may be a factor, since the ticks that carry Lyme disease thrive in warm, damp conditions. If you live in town, keep in mind that parks and green belt areas with long grass and streams also support deer, so ticks are likely to be present in these areas.

You’re especially vulnerable to Lyme disease symptoms if you live in the northeast, likely because the northeastern variety of tick is more active in seeking out hosts to bite.

If you develop Lyme disease, the infection can affect any body system with potential complications including arthritis, facial paralysis, meningitis, nerve pain, and impaired memory. These side effects can occur months or even years after you were bitten. Less common complications include an irregular heart rate and inflammation of the eyes and/or liver.

Rarely, a condition called babesiosis may develop from other pathogens carried by ticks. Babesiosis causes a type of anemia and can result in organ failure. It can be fatal in older adults and people who are immune-suppressed (for example, people being treated for cancer, AIDS, and auto-immune diseases such as rheumatoid arthritis).