Home » Daily » Pain » Anesthesia: What You Need to Know Before Surgery 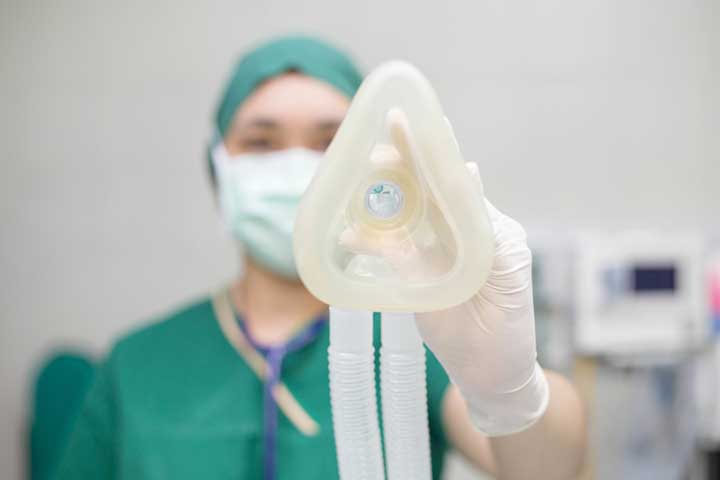 During surgery, the anesthesiologist and his or her team will monitor and manage your vital body functions and address any medical issues that may arise.

The moment your doctor tells you that you’ll have to undergo a surgical procedure can be a frightening, confusing, and stressful experience. All kinds of thoughts will cross your mind—it’s natural to worry about the skills of your medical team, the operation’s outcome, and potentially high medical bills that will follow. But what might concern you the most is the thought of having to go under anesthesia.

Anesthesia is the use of medicine to block or reduce the feeling of pain and/or sensation during surgery and other medical procedures. The medication can be administered via inhaled gas or injection by a highly trained medical professional such as a doctor, dentist, or anesthesiologist.

Before going into surgery, it’s helpful to know how your medical team will use anesthesia and how it may affect your mind and body afterward.

Anesthetic medications are grouped into the following three categories:

How Does Anesthesia Actually Work?

While all three types of anesthesia are administered to block pain and/or sensation, each type works differently. The medications used for local anesthesia, such as Novocain, block the nerve transmission to pain centers in the central nervous system by inhibiting the function of the sodium channel in the cell membrane of the nerve cells. Inhibiting the sodium channel prevents the movement of nerve impulses near the targeted area.

Regional anesthesia works in the same way, except that the medication is injected in or near the spinal canal to block sensations from the arms or legs.

According to Scientific American,  the medications used for general anesthesia mainly affect the central nervous system by reducing the nerve transmission at synapses, which is where neurotransmitters are released. But how these medications actually inhibit what is known as “synaptic neurotransmission” is not fully understood.

According to Medical News Today, general anesthesia can act on a number of sites within the central nervous system, including the thalamus, cerebral cortex, spinal cord, and reticular activating system.

Side Effects of Anesthesia

Some patients may experience one or more of the following side effects after anesthesia is administered, but they usually subside quickly:

Anesthesia is very safe overall, but older adults and those undergoing lengthy procedures are at a high risk of serious complications. Any of the following conditions can increase a patient’s risk of complications:

What to Expect Before, During, and After Surgery

Before receiving surgery involving regional or general anesthesia, you may be instructed to refrain from eating or drinking anything after midnight before your surgery. Smokers will be advised to quit as soon as possible before the day of surgery.

Unless you’re having local anesthesia without sedation, you will be required to arrange for a ride home after your surgery since you will not be able to drive yourself. Some medications that you take on a daily basis should be stopped before surgery, while others shouldn’t, so speak with your doctor before skipping any doses.

Also known as the Guedel classification—named after the system’s creator Dr. Arthur Guedel—the following are the four stages of general anesthesia:

The goal of the anesthesiologist is to bring the patient to stage 3 as quickly and safely as possible and to keep him or her there for the duration of the surgery.

Before receiving anesthesia for your procedure, your anesthesiologist will review your medical history and laboratory tests with you, as well as answer any questions. Your nurses will record your vital signs and administer any intravenous fluids and preoperative medications, if necessary. Once you’re attached to any necessary monitoring devices in the operating room, you’ll be ready for anesthesia.

During the surgery, the anesthesiologist and his or her team will monitor and manage your vital body functions and address any medical issues that may arise.

After surgery, you’ll be taken to the recovery room, where your anesthesiologist will oversee your monitoring and aftercare. During this time, you’ll be monitored closely by specially trained nurses and you may be given extra oxygen to regulate your breathing and heart function.

Depending on the type of surgery, some patients are ready to go home as soon as one hour after surgery, while others will be required to stay overnight. Your medical team will advise you to refrain from drinking alcohol, taking any non-prescription medications, operating a car or dangerous machinery, and making important decisions for at least 24 hours after surgery.

As mentioned earlier, older adults are at a higher risk of complications when receiving anesthesia because they’re more prone to having conditions such as heart and lung disease, increased blood pressure, and clogged arteries. But even if a senior doesn’t have any of these medical conditions, age itself can sometimes cause troubling side effects.

According to the American Society of Anesthesiologists, seniors are at a higher risk of experiencing the following side effects:

The ASA recommends that seniors discuss the risks of anesthesia as well as any existing medical conditions and medications currently being taken with their anesthesiologist before surgery. Patients are also encouraged to take these additional steps to prepare for surgery: