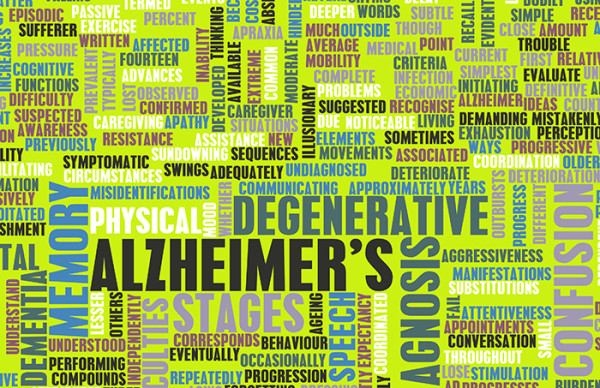 Scientists at Lifespan-Rhode Island Hospital have developed an eye-scan technique that might detect early signs of Alzheimer's disease.

It is well documented in scientific literature that aging is associated with certain cognitive changes. As we get older, we experience some gradual decline in conceptual reasoning, memory, and processing speed, but these changes don’t keep us from going about our normal activities.

Dementia, on the other hand, can significantly affect the ability to perform daily functions. A condition caused by any of a number of diseases, dementia involves loss in two or more core mental functions (memory, language, or judgment, for example).

Statistics show that approximately 14 percent of Americans aged 71 years and older suffer from dementia. Yet dementia—also called senility, as the U.S. National Library of Medicine points out—can also occur in younger individuals. Early-onset dementia occurs in people under the age of 65 and accounts for approximately 5 percent of all cases of dementia. Signs of early onset dementia are often missed because healthcare providers and family members aren’t typically looking for them in people in their 40s and 50s.

Sometimes, early dementia symptoms are dismissed or chalked up to stress or normal aging. However, when you start to notice a regular pattern of these symptoms in someone you know, it’s time to bring him or her to the attention of a healthcare provider.

IS IT DEMENTIA—OR SIGNS OF DEPRESSION OR STRESS?

A number of factors may lead to changes in cognition, among them sleep apnea, a thyroid disorder, vitamin deficiencies, or medications. Another common factor involves mood disorders, including depression, stress, and anxiety, which can cause memory, attention, and concentration problems sometimes mistaken for dementia or Alzheimer’s disease.

“Pseudodementia” is a term sometimes applied to people appear to suffer from dementia or Alzheimer’s when, in fact, the primary issue is their mood. Addressing such issues may help improve our cognitive function. For more on how to overcome these conditions, see the following University Health News posts:

When to Seek Medical Attention

Which early signs of dementia an individual experiences—and the degree to which those symptoms affect his or her life—varies from person to person. If you begin to notice that any of these changes are occurring with increasing frequency, it is time to seek medical attention. Healthcare providers can determine whether these changes are early dementia symptoms and, if so, begin testing to identify the underlying cause.

In some cases, treatment options are available to slow the progression of the disease (treating high blood pressure, for example, that has caused vascular dementia) or to help relieve some symptoms (cholinesterase inhibitors such as Aricept, for example, can help slow memory loss in Alzheimer’s disease). Furthermore, making financial, legal, and caregiver plans for the future can help a family navigate the challenging road that lies ahead.