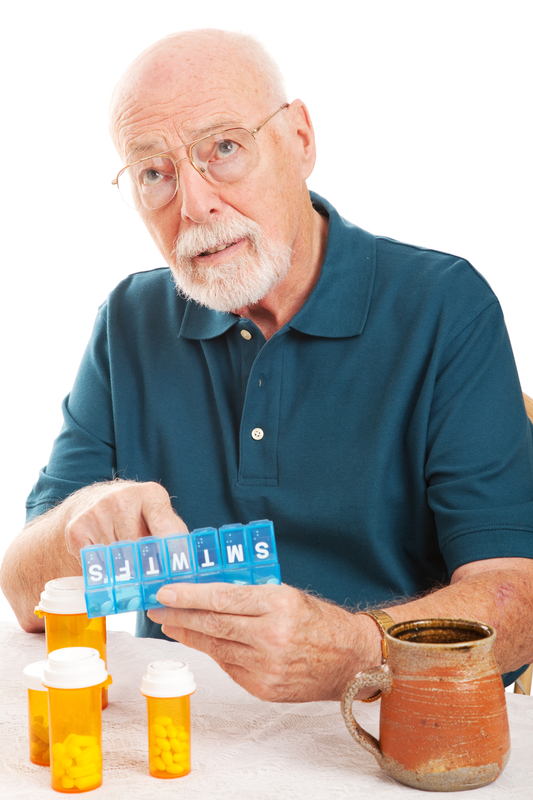 Alzheimer dementia medications are available that can help relieve some of the most troubling symptoms of the disease.

Alzheimer’s disease treatment is, in many respects, still a question in search of a definitive answer. No Alzheimer medication can halt the forward progress of the disease or prevent its ultimate devastation on the lives of those who have it.

Yet Alzheimer dementia medications are available that can help relieve some of the most troubling symptoms of the disease, and make life easier for both those with the condition and their caregivers. Meanwhile, researchers continue to search for more effective medications that may offer even greater relief—and one day possibly—an Alzheimer’s cure.

Drugs used to treat Alzheimer’s can be divided into two categories. One category treats dementia symptoms, such as loss of memory, language, and other cognitive skills, while the other addresses agitation and other behavioral issues.

Dementia medications designed to address the cognitive symptoms of Alzheimer’s include the following.

Another drug in the realm of dementia medications, memantine (Namenda)—officially called an NMDA (N-methyl-D-aspartate receptor antagonist—is approved to help with memory, attention, reason, language, and other impairments related to Alzheimer’s.

Memantine (Named) treats moderate-to-severe Alzheimer’s. This drug regulates the action of a chemical messenger in the brain called glutamate, which in excess can damage nerve cells. When used alone or together with donepezil (and possibly other cholinesterase inhibitors), memantine can delay Alzheimer’s progression and improve cognitive function in some patients. The most common side effects are constipation, drowsiness, dizziness, and headache.

Although no drug is FDA-approved for this purpose, several are used off-label, including:

Although these medications also can contribute to memory loss, older adults with AD and symptoms of depression who are continuously treated with antidepressants may have less cognitive decline than those whose depression is not treated or is treated only intermittently.

Doctors also use a class of medicines called anxiolytics to address symptoms like anxiety, restlessness, and disruptive behavior.
These drugs include:

However, some research associates higher mortality with the use of these drugs in dementia patients.

Antipsychotic Medications: Symptoms such as aggression, hostility, anger, hallucinations, and delusions can be so distressing that many doctors prescribe antipsychotic medications in an effort to alleviate them.

Antipsychotic medications that are typically used for AD include:

Yet in recent years, studies have called into question the value, and safety, of antipsychotic use in people with dementia, finding evidence that those taking antipsychotic drugs were significantly more likely to die. The risk of death was found to increase as the drug dose increased.

Although many doctors will immediately write prescriptions for drugs like antipsychotics and antidepressants to address behavioral symptoms, using non-drug approaches that reflect the specific circumstances and characteristics of the person with dementia are just as effective, if not more so.

Non-pharmacological options for calming an agitated person include:

If these basic measures do not work to control agitation, consider seeking professional help. A health care provider may recommend alternatives to riskier antipsychotic drugs that have been shown to help soothe some agitated individuals.

If severe behavioral problems, such as hallucinations, delusions or aggression, don’t respond to other therapies, it may be necessary to prescribe antipsychotic drugs in the short term until other, less risky strategies can be found.