Despite decades of research and promising developments, there is still no cure for Alzheimer’s disease. One or more of the drugs currently being tested may offer hope, but the results of those studies are still a few years away. In the meantime, there are Alzheimer’s treatment options that can help … Read More 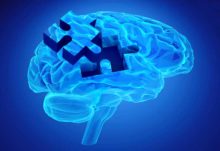 4 Types of Dementia and Their Warning Signs

Alzheimer’s disease is the most common of the various types of dementia and has become something of a “catch-all” term for severe cognitive impairment, but it isn’t the only type of dementia to which older adults are vulnerable. “Figuring out which type a person has is important, since the drug treatments … Read More

What Is Catatonic Depression?

Catatonia is the condition behind catatonic depression. It’s a seemingly bizarre condition in which people remain speechless and motionless or may become stuck making the same stereotypical and meaningless movements and sounds over and over for extended periods of time. Often, people in a catatonic state exhibit wax-mannequin-like flexibility, meaning … Read More 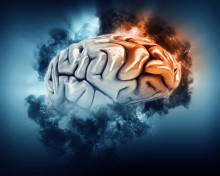 What Is Frontal Lobe Dementia?

Frontal lobe dementia or frontotemporal dementia (FTD) represents a unique group of neurodegenerative disorders that account for approximately 10 percent of all cases of dementia and tend to occur in people between the ages of 45 and 64. The symptoms of each disorder can vary, depending on the part of … Read More

What Is Psychotic Depression?

From time to time, we hear stories in the news of formerly good mothers "snapping" and injuring or even killing their children. These are extreme examples of people suffering from psychotic depression experiences. Obviously, this is a severe condition that requires prompt medical intervention. The first step, as always, is … Read More

Lewy body dementia (also known as dementia with Lewy bodies, or DLB) affects up to 25 percent of individuals with progressive dementia in the United States, ranking second behind Alzheimer’s disease (AD). Yet most of us know little about this irreversible neurodegenerative disease. Because early Lewy body dementia symptoms are … Read More

Anticholinergic Drugs Side Effects Include Increased Risk for Dementia: Learn About These and Other Drugs That Cause Memory Loss

Memory loss can be caused by a number of factors. A cause that is often overlooked, but extremely common, is medication use. A variety of widely used drugs, including antidepressants, anti-anxiety medications, sleeping aids, and anti-histamines can all contribute to cognitive impairment and memory problems. Some may even raise your … Read More

Dangers of Dementia Medications: Beware Antipsychotic Use for Behavioral Problems

The major symptoms associated with Alzheimer’s disease and dementia relate to memory loss; most often when we think of someone with dementia we think of forgetfulness and the inability to recognize people and things familiar to that person. But there is a whole other set of symptoms that can burden … Read More