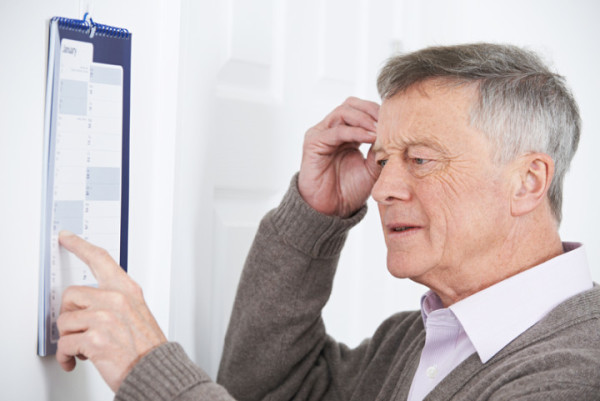 Diagnosing Lewy body dementia can be difficult; symptoms are difficult to distinguish from those of Alzheimer's disease or Parkinson’s disease dementia.

Lewy body dementia (also known as dementia with Lewy bodies, or DLB) affects up to 25 percent of individuals with progressive dementia in the United States, ranking second behind Alzheimer’s disease (AD). Yet most of us know little about this irreversible neurodegenerative disease.

Because early Lewy body dementia symptoms are difficult to distinguish from those of AD or Parkinson’s disease dementia (PDD, a related disorder involving problems with movement), diagnosis is difficult, and finding appropriate treatment can be challenging. Now two new studies have offered a glimmer of hope for patients with DLB and their families.

DLB is associated with the formation inside the brain of abnormal microscopic accumulations of alpha-synuclein protein. These accumulations, Lewy bodies, form inside the nuclei of neurons in brain regions critical to memory and motor function, where they disrupt brain functioning.

It is not yet clear precisely what causes DLB. Research suggests that the risk for DLB may be higher in individuals who are 60 years of age or older, male, have a family history of DLB, or carry the genetic marker for dementia—the apolipoprotein E-4 variant (APOE4).

DLB patients are more likely to have a history of anxiety, depression and stroke. Compared to individuals with AD or Parkinson’s disease, people with DLB consume lower amounts of caffeine, which has been associated in several studies with certain neuroprotective effects.

Some symptoms—such as muscle rigidity and mental confusion—may initially resemble those of AD or Parkinson’s disease, a progressive movement disorder. There are subtle differences, however, and some of these differences become more apparent as the Lewy body dementia stages advance. Symptoms of DLB include: