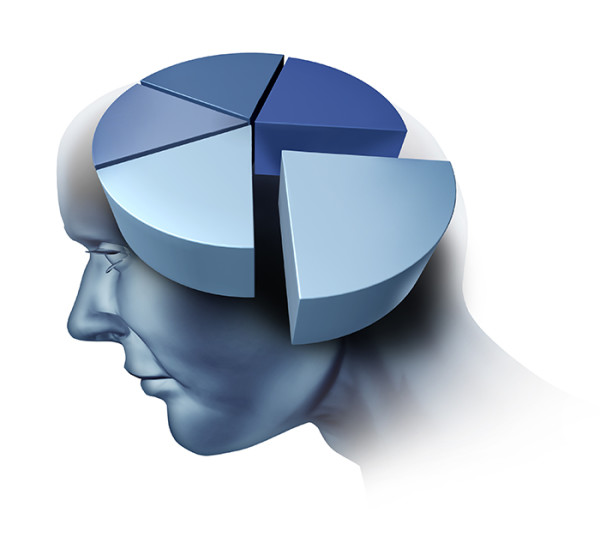 Researchers at the University of Cádiz in Spain recently explored the validity of the Test Your Memory (TYM) scale — a tool developed to screen various groups of dementia patients — in fibromyalgia patients, as well as in patients with neuropathic and musculoskeletal pain. The results were correlated with results of the Mini-Mental State Examination. The study's conclusion noted, "The results obtained show that the TYM [scale] is a valid and reliable tool to screen the mild deterioration or decline in cognitive function frequently reported in patients with Chronic Pain."

What is dementia? The word refers to a mental decline in two or more core areas of brain function—including memory, judgment, communication, or language—that interferes with a person’s ability to function in daily life. Dementia can be caused by a number of different diseases ranging from Alzheimer’s disease (AD) to stroke to liver disease.

Diagnosing the cause of dementia is critical, because some forms—such as vitamin deficiency or thyroid-induced dementia—are reversible if treated. For those causes that are progressive and incurable, diagnosing the dementia as early as possible allows healthcare providers to initiate treatment of symptoms and allows caregivers to make the necessary plans for the future.

What Is a Dementia Test?

The diagnosis of dementia is actually not made by one single test but rather by a combination of tests. This is why organizations such as the American Academy of Neurology and the Alzheimer’s Association recommend against individuals taking a dementia test online or a so-called Alzheimer’s test online.

Furthermore, a recent evaluation of many of the available dementia tests online by an expert panel of physicians, psychologists, and ethicists found them to be unreliable. Thorough evaluation for dementia involves performing a number of tests: medical and personal history, physical examination, neurocognitive testing, laboratory testing, depression screening, and neuroimaging.

Scores on either of these tests that are suggestive of cognitive impairment may prompt healthcare providers to order more in-depth neurocognitive testing (e.g. the Neurobehavioral Cognitive Status Examination, Kaplan Baycrest Neurocognitive Assessment).