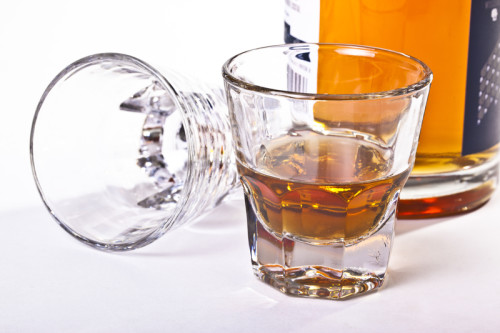 A growing dependency on alcohol—if not addressed—can increase risk for alcohol-induced dementia.

Up to 17 percent of Americans age 60 and over (3 million people) have serious alcohol problems, and the number is climbing as the baby-boom generation reaches its 60s. Already, statistics indicate that more seniors are admitted to hospitals for alcohol-related medical problems than are admitted for heart attacks. Both physiological and social factors combine to make this age group especially vulnerable, especially to alcohol-induced dementia.

Know the Signs of Alcohol-Induced Dementia

A growing dependency on alcohol—if not addressed—can increase risk for alcohol-induced dementia. Alcohol dependency is signaled by the following warning signs that indicate drinking may be getting out of hand:

What Are the Effects of Alcohol-Induced Dementia?

Evidence suggests that the direct effects of chronic excessive alcohol consumption on the older brain may lead to premature aging of the brain, aggravating symptoms of cognitive decline. That’s because many of the negative effects on the brain associated with alcohol intake are magnified with age.

Older people become more sensitive to alcohol as age-related changes in absorption and metabolism lower their tolerance. The risk of harmful drug interactions increases among elderly individuals who drink, as does the risk of injury from falls. Too much alcohol can aggravate symptoms of cognitive decline and early dementia. Sleep disorders, memory problems, mood and anxiety disorders become more likely.

Seeking help for alcohol addiction is essential, especially if you have become dependent on alcohol and tried repeatedly to quit on your own without success. Options include talking to your primary care physician a mental health professional trained to deal with addiction, contacting a clinic specializing in alcohol dependence, or joining a 12-step program such as Alcoholics Anonymous for ongoing support.

Treatments for alcohol dependence include: