Home » Daily » Nutrition » Is Organic Food Better for Your Health? Here’s What the Research Says. 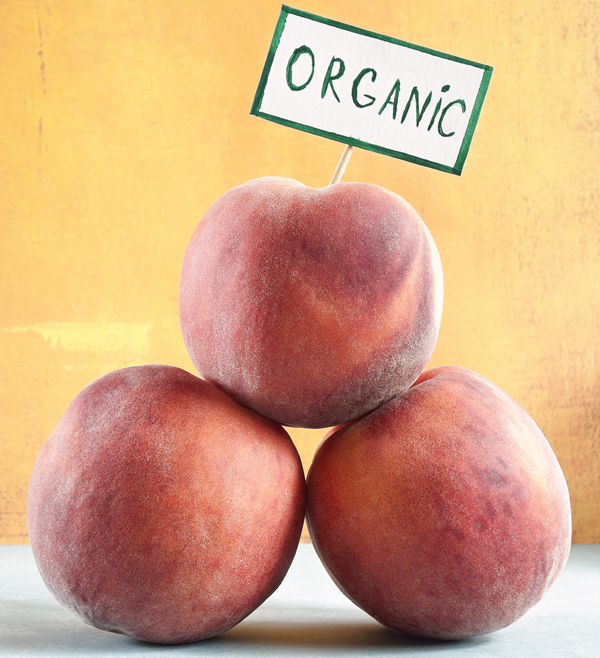 Do the benefits of organic food include nutrition? Our post cites research that give us the lowdown.

Organic foods are widely available in supermarkets as well as specialty health food stores and farmer’s markets. People purchase organic fruits, vegetables, grains, and meats for a variety of reasons—among them the perceived benefits of organic food. Some studies suggest that organic produce and meat contain higher levels of nutrients that promote health and wellness. Organic fruits and vegetables can also contain fewer residues of pesticides used in conventional farming.

Organic foods can cost up to twice as much as conventional foods, but are they actually healthier? Based strictly on scientific evidence, the truthful answer is “maybe.” But there are other reasons to buy organic, too—like supporting local agriculture and protecting environmental quality.

What Is Organic Food?

Technically, “organic” just means that something comes from living (or formerly living) matter. But organic foods are grown and processed with organic farming methods, which exclude certain practices that are normal in conventional agriculture. The “no go” list for organic farming include:

The results of an online consumer survey by the Food Marketing Institute (FMI) suggests that about half of Americans who buy organic food do so because they believe it offers health benefits. Organic can be up to twice the cost of conventional foods, but what are you getting for your money?

Some studies have found higher levels of beneficial plant chemicals called polyphenols in organic produce. Polyphenols are found in many foods, including berries, red grapes, and pomegranates, as well as cocoa powder, dark chocolate, beans, nuts, vegetables, tea, and some spices and seasonings.Some polyphenols are antioxidants, which neutralize potentially harmful products of cell activity. Some research suggests phenols may have anti-cancer properties, anti-inflammatory powers, and preventive effects against chronic health conditions.

Organically raised beef and milk can have higher levels of omega-3 fatty acids. These healthy fats are linked to heart health. Many people obtain them from fat-rich fish, like salmon and mackerel. Good research has shown that people who eat fish regularly are less likely to develop heart disease.A study in Food Science and Nutrition found higher amounts beneficial omega-3 fatty acids in milk from grass-fed cows. The study drew on nearly 1,200 samples of milk and meat from grass-fed cattle collected over 3 years.

Organically raised meat may also contain higher amounts of healthy fats. A review in the British Journal of Nutrition examined 67 published studies of organic and conventional raised meat from beef, pigs, poultry, lamb, goat, and rabbit. Saturated fat content in organic versus conventionally raised beef were similar or lower, while the percentage of omega-3 fatty acid was 47 percent higher on average across all types of meat.

Studies like these support the public perception that organic produce and meats are more nutritious. But there is an important caveat: Higher levels of certain nutrients in a food does not necessarily mean that eating that food will improve your health or prevent chronic illnesses like heart disease and cancer.

According to the FMI, about a third of U.S. consumers say that the single most important reason they buy organic produce is that it’s grown without synthetic pesticides. Traditionally farmed produce may have various amounts of pesticide residues on them, even after washing.A review in the Annals of Internal Medicine, researchers combed through 237 past studies of nutrient levels and contaminants (pesticides and bacteria) in organic and conventional foods. The foods covered in the review included fruits, vegetables, grains, poultry, meat, and eggs. Seventeen of the studies examined the possible health effects of eating organic versus conventionally-produced foods.

The bottom line: In the study cited above, organic foods contained lower levels of contaminants, but with no strong evidence that it prevents health problems.” The researchers noted, “Despite the widespread perception that organically produced foods are more nutritious than conventional alternatives, we did not find robust evidence to support this perception.”

That may sound pretty damning, but this is just one review and the jury is not in. The complex scientific issues and politics of the organic food movement can make your head spin. But since there aren’t any obvious risks associated with properly grown and processed organic foods, many people opt for organic and are willing to pay a premium for it.

And don’t forget there are other appealing benefits of organic food besides your own health. People perceive it as a way they can help to help preserve the health of the environment, too. Others like the idea of supporting local organic farmers.