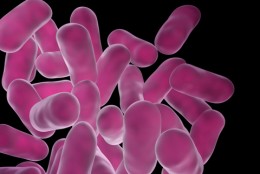 By taking advantage of probiotic benefits, you can help heal your leaky gut AND your chronic fatigue symptoms.

There’s nothing like suffering from debilitating chronic fatigue symptoms and digestive issues. Unfortunately, many people suffer from both. It’s not at all uncommon to be dealing with fatigue and bowel problems, like irritable bowel syndrome (IBS) simultaneously.[1,2] In this article, you’ll learn how probiotic benefits help chronic fatigue symptoms and can also help your digestion.

Gut Health and Fatigue Are Related

The association between gut problems and fatigue has been noted for years, but it wasn’t until very recently that researchers really started putting the pieces of the puzzle together, uncovering how abnormalities within the digestive system are related to fatigue and what can be done to heal both. Feeling chronically tired and also having digestive symptoms like abdominal pain, bloating, loose stools, diarrhea, alternating diarrhea and constipation, gas, and reflux means you likely have a “leaky gut” along with an overgrowth of “bad” gut microbial flora and too little healthy flora.[3,9]

Leaky gut is another term for increased intestinal permeability.  It is caused by a loosening of the tight junctions within the gut lining which form a barrier between the inside and outside of the digestive tract. It can be caused by any type of inflammatory process, including:

When any of these factors increase the permeability of the intestinal wall, unwanted bacteria, proteins, and other compounds can leak through. To deal with these foreign compounds, the body mounts an immune response, leading to more inflammation.

Researchers have now found that if you have chronic fatigue syndrome (CFS), your body likely produces high levels of immune cells directed against the toxins given off by unhealthy gut bacteria—a sign of leaky gut and a cause of inflammation.[7] In fact, the severity of both chronic fatigue symptoms and digestive symptoms was found to directly correlate with the number of these immune cells directed against toxin-generating gut bacteria.

Probiotics are “friendly” microorganisms (typically bacteria or yeasts) that can live in the gastrointestinal tract or on other mucosal surfaces and have beneficial effects on human physiology and health. There are three general probiotic benefits which researchers believe may help in the treatment of leaky gut and chronic fatigue:

How to Choose a Probiotic

By taking advantage of probiotic benefits, you can help heal your leaky gut AND your chronic fatigue symptoms. But with literally thousands of probiotics on the market now, it can be nearly impossible to choose. To get the most benefit, look for a high potency probiotic with billions, rather than millions, of microorganisms. Ideally, you want to purchase the highest quality, most potent probiotic you can afford, one which uses human-sourced strains of both lactobacilli (for the small intestine) and bifidobacteria (for the large intestine) and has been proven to survive the harsh conditions of the stomach.

Fixing your digestion and improving the health of your gut is absolutely essential for total health and for healing from fatigue. But gut health is not the only factor that causes fatigue.

[7] Maes M, Mihaylova I, Leunis JC: Increased serum IgA and IgM against LPS of enterobacteria higher in chronic fatigue syndrome (CFS): Indication for the involvement of gram-negative bacteria in the etiology of CFS and for the presence of an increased gut-intestinal permeability. J Affect Disord. 2007;99(1):237–240.

[8] Maes M, Leunis JC. Normalization of leaky gut in chronic fatigue syndrome(CFS) is accompanied by a clinical improvement: effects of age, duration of illness and the translocation of LPS from gram-negative bacteria. Neuro Endocrinol Lett. 2008 Dec;29(6):902-10.