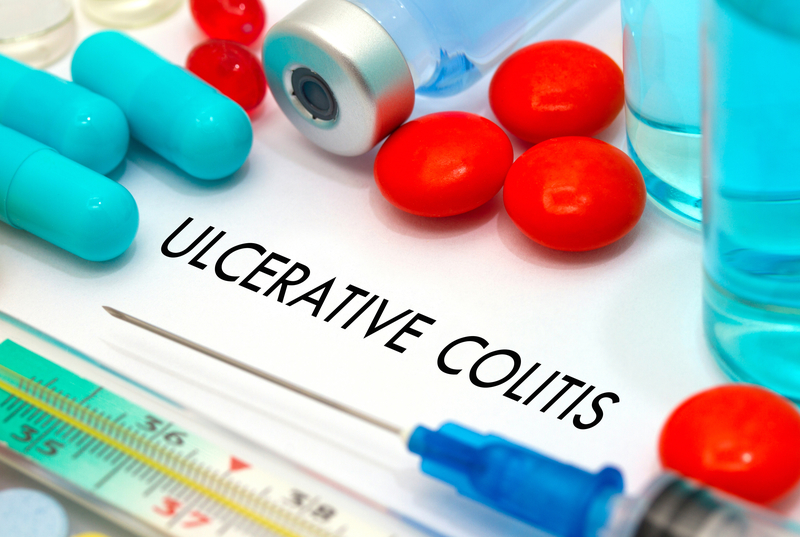 Rectal bleeding is a common symptom of ulcerative colitis. Diarrhea, abdominal pain, and an increased urgency to defecate are other symptoms of the condition. Typically, medications will be required to treat UC, but dietary changes can help relieve pain.

“What you eat directly affects gut inflammation, your immune system, and your gut bacteria,” says Colleen Webb, RDN, a dietitian at Weill Cornell Medical Center’s Center for Inflammatory Bowel Disease. “Too much sugar contributes to inflammation and an imbalance of gut bacteria, whereas the antioxidants and fiber from vegetables help fight disease and feed your good gut bacteria.”

Other foods to avoid, as we discuss below, include red meat, sugary items, and alcohol.

What is Ulcerative Colitis?

UC occurs when your immune system mistakenly identifies food, healthy bacteria, and other substances in your colon (large intestine) as invaders. White blood cells then attack the lining of the colon, triggering inflammation and causing open sores.

Despite years of research, it’s still not entirely clear what causes UC, but some studies suggest that diet may affect your risk. Webb points to a 2016 study that suggested a diet high in sugary and processed foods and low in fruits, vegetables, and fresh seafood was associated with a higher risk for developing UC.

“The more sugar the study participants ate, the higher their risk of UC, except if they also ate lots of vegetables,” she explains. “The vegetables seemed to defuse the harmful effects of consuming a large amount of sugar.”

Other research suggests that UC is rooted in a combination of genetic and environmental factors.

UC symptoms may be mild or severe, and they often come and go. “The most common symptom of ulcerative colitis is rectal bleeding,” says Meira Abramowitz, MD, a gastroenterologist at the Jill Roberts Center for Inflammatory Bowel Disease at Weill Cornell. “Patients with UC present with rectal bleeding, diarrhea, abdominal pain, and an increased urgency to defecate. With more severe involvement, they may have fever and weight loss.”

A loss of appetite and lack of energy are other common signs of UC.

“The key to successful UC treatment is with medications; medications are selected based on the severity of the disease,” Dr. Abramowitz says.

Patients who are symptom-free are said to be in remission. When symptoms do occur, it’s called a “flare” or “flare-up.” For a mild flare-up, budesonide MMX (Uceris) is recommended. For a moderate-to-severe flare-up, Dr. Abramowitz says a typical treatment includes a course of prednisone that is tapered off over six to eight weeks. (See sidebar for medications commonly used to keep UC in remission.) 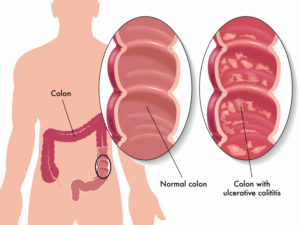 If you have a flare-up, certain foods make symptoms worse for some patients. However, experiences vary among individual patients; keeping a written record of what you eat and drink can help you identify the items you should avoid.

“There are no definite guidelines regarding which foods and beverages can aggravate UC,” says Dr. Abramowitz. “However, red meat and alcohol may aggravate UC symptoms, since they increase sulfide generation.” Too much sulfide gas can damage the lining of the colon, as well as causing cramping and flatulence.

It may also be helpful to remove milk-based products from your diet during a flare-up. Lactose, a sugar in milk, requires an enzyme called lactase to be easily digested, and lactase levels can drop when a person has inflammatory diarrhea.

“By eliminating lactose during active flares, patients can decrease their symptoms,” Dr. Abramowitz says. “People with active UC flares should wait several weeks after their flare is improved prior to restarting lactose ingestion.” Although eggs are commonly lumped together with milk-based dairy foods, they do not contain lactose and can be eaten during flares.

Probiotics (beneficial bacteria) have been reported to aid in restoring a healthy balance in the gut, but Dr. Abramowitz says there is no evidence that consuming probiotics can help treat UC.

If you have been diagnosed with UC and you have questions about your prescribed medications, talk with your doctor. If you have UC symptoms but haven’t seen a doctor, seek medical help soon. UC symptoms may be embarrassing, but they are often treatable. And, nearly 1 million people in the U.S. have ulcerative colitis, so you’re certainly not alone.