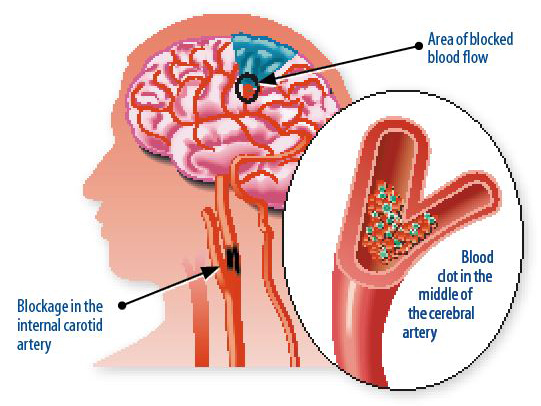 Proton pump inhibitors (PPIs) have been linked to risk of ischemic stroke, the most common type of stroke. It is caused by insufficient blood flow to the brain.

Proton pump inhibitors (PPIs) are prescribed to some 15 million Americans to reduce stomach acid and ease heartburn. Millions more use over-the-counter PPIs. New research, however, is showing a link between long-term, high-dosage PPI use and ischemic stroke.

An ischemic stroke is the most common type of stroke and is caused by insufficient blood reaching part of the brain. The blockage could be caused by a blood clot in an artery leading to the brain or by an embolus that is formed elsewhere and carried to the brain.

Stroke is not the only concern regarding the use of PPIs. Studies have indicated an association between proton pump inhibitors and kidney damage, dementia, infection, fractures, and heart attack.

The mechanism by which PPIs may damage the body’s organs or systems is unknown, but theories include altering the environment of the gut, affecting the absorption of vitamins and minerals, and changing the way drugs interact with each other.

Recent findings are understandably disturbing but don’t mean that PPI use should be stopped. PPIs effectively treat gastrointestinal disorders, which carry their own risks.

A study conducted among 244,679 patients in Denmark and presented at the 2016 American Heart Association’s Scientific Sessions sought to determine if strokes occurred while patients took one of four PPIs: omeprazole (Prilosec), pantoprazole (Protonix), lansopra-zole (Prevacid), and esomeprazole (Nexium).

The researchers found that:

Proton pump inhibitors come in tablet or capsule form and are supposed to be taken 30 minutes before the first meal of the day. They work by reducing the amount of stomach acid produced by glands in the lining of the stomach, and multiple studies have shown that they’re very effective for most patients.

Thomas Sehested, MD, the lead author and researcher at the Danish Heart Foundation, Copenhagen, commented on PPI effectiveness in light of the new evidence: “At one time, PPI’s were thought to be safe, without major side effects. This study further questions the cardiovascular safety of those drugs.”

The effectiveness of PPIs now has to be weighed against health-threatening risks. Several lifestyle strategies can lessen or prevent those risks. To prevent a stroke, the Centers for Disease Control and Prevention suggests that you:

To reduce the risk of PPI-related ischemic stroke, the authors of the study make these suggestions: