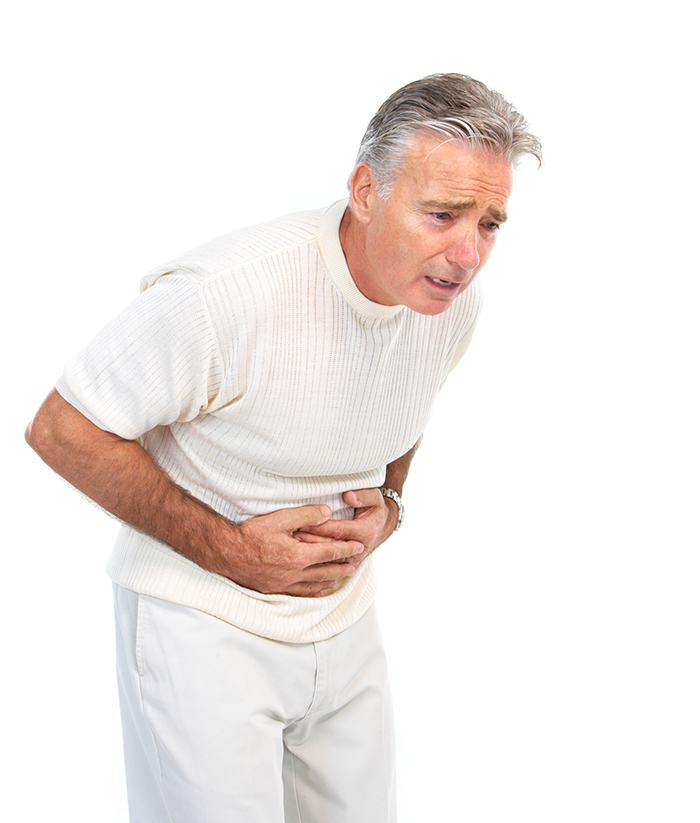 Aggressive treatments for diverticultis, including surgery and antibiotics, may be overused, according to a recent study published in JAMA.

No one who has ever suffered from diverticulitis is lucky, but some people are able to get through the intense attack of lower abdominal pain relatively unscathed. The unlucky diverticulitis patients have a different story, one that can include complications, hospitalization, surgery, or chronic disease that will have an ongoing effect. Fortunately, natural medicine can help prevent and treat this painful disease.

Associated with the modern Western diet and lifestyle, diverticular disease is the most common disease of the colon in the Western world.1 While it is most prevalent in people over the age of 50 in the United States and Europe, it is beginning to affect more people worldwide, at younger ages.2

Traditionally, diverticular disease was thought to occur because of straining and/or constipation due to hard stools related to low-fiber diets, but this theory has not been supported by at least three out of four recent studies.6-9 Whether low-fiber diets, constipation, and straining are a main cause of diverticular disease or not remains to be seen.

Additional factors that increase the risk of developing of diverticular disease include age, obesity, smoking, sedentary lifestyle, alcohol, and use of NSAIDs.

Fiber: Despite the lingering questions about how fiber relates to diverticular disease, increasing fiber intake to at least 30 grams a day is highly recommended to prevent diverticulitis. Fiber increases the bulkiness and softness of stool, leading to less pressure in the colon, and it keeps our diverse gut bacterial populations thriving and in balance. There is growing evidence that diverticular disease results from a breakdown of the very intimate and mutually supportive relationship between dietary fiber and gut bacteria.

Fiber acts as fuel for “friendly” bacteria. Furthermore, as fiber is digested by bacteria in the colon, its breakdown can provide the short-chain fatty acids (SCFAs) that cells of the colon wall use as fuel.

How to get enough fiber. The best way to ensure you’re getting enough of a wide variety of fibers is to eat a diet of whole, natural foods from vegetables, fruits, beans and legumes, nuts and seeds, and whole grains. Fruit and whole grains appear to be particularly effective fiber sources—so include these if you tolerate them. You may want to also take a fiber supplement such as psyllium, glucomannan, oat bran, chia seeds, or ground flaxseeds.

During an active diverticulitis attack, however; you may want to avoid grains, legumes, nuts, seeds, and popcorn, while switching to a diet that includes lots of soft, soothing, fiber-rich fruits and vegetables, including beets, peeled potatoes, applesauce, bananas, baked squash, cantaloupe, and sea vegetables. Once the episode is under control, gradually start adding in more plant fibers.

Probiotics. Improving gut bacterial balance with ­probiotics is crucial for preventing the recurrence of diverticulitis and for decreasing symptoms of abdominal pain and bloating. Even many conventional gastroenterologists are now recommending probiotics to their diverticulitis patients, given the evidence for their effectiveness and safety.11

In one of the most recent double-blind studies, patients with symptomatic uncomplicated diverticular disease (not currently experiencing acute diverticulitis) experienced the same relief from a probiotic supplement as they did from mesalazine (an anti-inflammatory drug that acts locally in the gut and has its predominant actions there), although the combination of the two worked even better.12

Both Lactobacillus casei (subsp. DG), administered as a single sachet containing 24 billion CFUs/day for 10 days/month, and mesalazine, administered at a dose of 1600 mg/day for 10 days/month, prevented the recurrence of symptoms. After one year, approximately 14% in each of the probiotic and mesalamine groups experienced a recurrence of symptoms, compared to 46% of those in the placebo, and 0% in the combination group.

Another study in a similar population of patients with diverticular disease (but without current acute diverticulitis) found that a probiotic containing Lactobacillus paracasei B21060 (5 billion CFUs/day) combined with a high fiber diet (at least 30 grams of fiber daily) decreased abdominal pain and bloating.13

The high-fiber diet alone reduced short-lasting abdominal pain after six months of treatment. When combined with the probiotic, it was effective in only three months.
Furthermore, the combination was significantly more effective for decreasing episodes of prolonged (greater than 24 hours) abdominal pain. Finally, abdominal bloating significantly improved only with the probiotic, while a high-fiber diet alone had no beneficial effect.

How to get your probiotics. Try to consume at least some of your probiotics from your food in the form of kefir, kombucha, kimchi, and other fermented foods. In addition, supplement regularly with a probiotic supplement, preferably one containing Lactobacillus casei or paracasei (5 to 25 billion CFUs/day) to mimic the genus and species used in clinical studies.

Vitamin D. Diverticulitis is more likely to occur during the darker seasons of the year and in people who live far from the equator—important determinants of low vitamin D levels.14

Vitamin D plays an important role in maintaining homeostasis within the colon—controlling inflammation and keeping the gut’s mucosal lining healthy and intact. People with low vitamin D levels have been found to be more likely to develop diverticulitis and complications of diverticulitis.15

Only a blood test can show if your levels of 25-hydroxyvitamin D are optimal. Most integrative health experts believe that approximately 50 ng/mL is ideal.

A typical dose to achieve this target is 5,000 IU of vitamin D3 daily. Take ­vitamin D with a meal for better absorption.

Originally published in February 2016, this post has been updated.