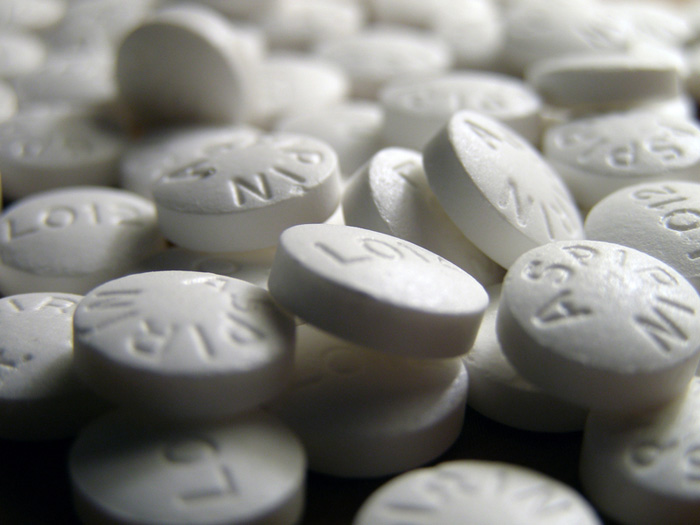 Is daily aspirin a good idea? It's not necessarily harmless; your physician can evaluate whether it make health sense for you.

Aspirin has been around for more than 100 years, and it continues to pique interest in the medical research community because there’s still more to learn about the full extent of its power. We know aspirin for iIs ability to relieve pain and support heart health. According to recent studies, a daily aspirin regimen may be powerful enough to slow the spread of colon cancer cells and pancreatic cancer cells.

So what should you take if you’re interested in a daily aspirin regimen? The general answer is low-dose aspirin (also referred to as “baby aspirin”), but there’s far more to consider.

Many think daily aspirin is harmless, which is understandable. The drug has been widely used since it was first marketed by Bayer in 1899, although its popularity as a pain reliever waned when Tylenol and Motrin appeared in the late 1950s/early 1960s. Despite its widespread use, however, daily aspirin is not harmless. It’s important to consult your physician before beginning daily aspirin, because even the top medical organizations can’t agree on a clear-cut rule, and aspirin does produce side effects worth considering. 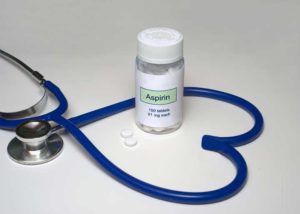 A low-dose daily aspirin is generally considered to be 81 mg (compared to 325 mg in one standard adult tablet). Taking one tablet daily is believed to help prevent plaque from building up in your arteries, which can help prevent a heart attack or stroke. Daily aspirin can also help stop blood clots, or embolisms.

The most common side effect of aspirin is gastrointestinal bleeding, which worsens with long-term use. However, low-dose aspirin has a lower risk of side effects. Additional common side effects are bleeding in the brain and kidney failure. Aspirin works by slowing the clotting time of your blood, but it does not “thin” the blood, like warfarin or heparin.

Daily aspirin can have negative interactions with more than 500 different medications and supplements, according to drugs.com. It’s widely advised not to be combined with other anti-clotting drugs like Plavix (clopidogrel), although physicians do sometimes prescribe low-dose daily aspirin with these drugs. While it can be used in combination with another pain reliever, like Tylenol (acetaminophen), the FDA recommends discussing the combination with your physician.

Recent widespread confusion about taking Motrin (ibuprofen) with aspirin has surfaced. The FDA states that ibuprofen can inhibit the anti-clotting effects of aspirin, but the chances are less with low-dose daily aspirin. “If you need only a single dose of ibuprofen, take it eight hours before or 30 minutes after taking a regular (not enteric-coated) low-dose aspirin,” advises verywell.com.

People with allergy to aspirin or other salicylates, asthma, uncontrolled high blood pressure, severe liver or kidney disease, bleeding disorders, ulcers, or pregnancy may be advised by their physicians to avoid the use of daily aspirin.

Experts at Odds Over Daily Aspirin

There is a cloud of caution surrounding the use of daily aspirin. The following are recommendations from three top medical organizations:

On the Horizon for Daily Aspirin

When you read the studies surrounding the use of aspirin, it’s easy to understand why CNBC listed it second to penicillin as one of the “10 wonder drugs that changed our lives forever.”

Researchers continue to test the limits of aspirin’s benefits. While the findings in the studies here require additional research and confirmation, they offer a glimpse into the window of opportunity offered by daily aspirin.

Researchers from Oregon Health and Science University found that aspirin may slow the spread of some types of colon and pancreatic cancer cells. The paper published in the American Journal of Physiology-Cell Physiology found that in pancreatic cancer cells, low doses of aspirin stopped the platelets from releasing growth factor and hampered the signaling of the oncoproteins that cause cancer to survive and spread.

However, only very high doses—larger than are possible to take orally—were effective in stopping growth in the metastatic colon cells, caution the researchers. The findings detail the interaction among platelets, aspirin, and tumor cells and are promising for the future treatment of non-metastatic cancer, according to the researchers.

Veterans Affairs (VA) scientists and colleagues in Texas have a new theory, tested successfully in mice and cell cultures. It has to do with aspirin’s effects on platelets—the blood cells that form clots to stop bleeding. The findings appear in the February 2017 issue of Cancer Prevention Research.

Along with clotting, platelets help form new blood vessels. That action is beneficial, such as when a new clot forms after a wound, and new vessels are needed to redirect blood flow. However, the same action can help tumors grow. Researchers hoped that aspirin could interrupt that process. Lab tests showed aspirin blocked the interaction between platelets and cancer cells by shutting down the enzyme COX-1, thereby curbing the number of circulating platelets and their level of activity.

Overall, aspirin’s nickname as a “wonder drug” is well earned, but it is still a drug, which means physician advice is a wise start with daily aspirin.