Home » Daily » Cancer » Pancreatic Cancer Causes: What You Can Do to Reduce Your Risk 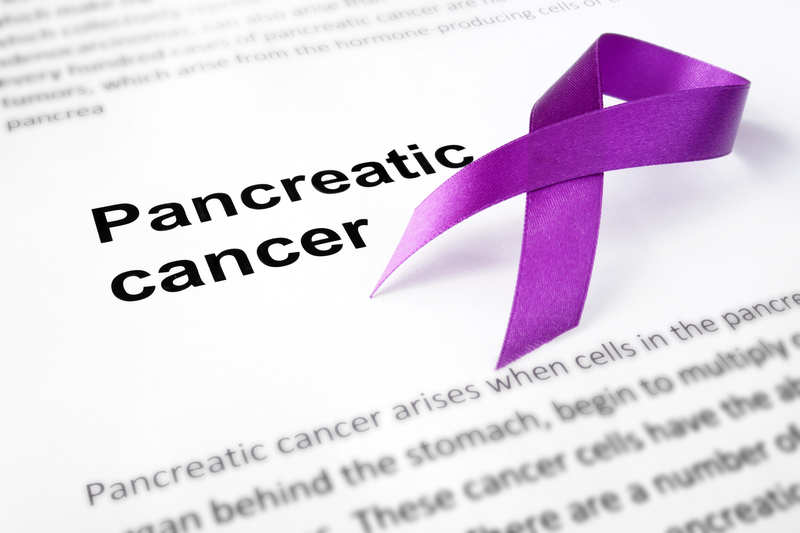 By 2030, pancreatic cancer will become the second-leading cause of cancer deaths in the U.S., according to experts.

Patrick Swayze. Steve Jobs. Luciano Pavarotti. Michael Landon. They’re just a few of the public figures who have succumbed to pancreatic cancer. In the vast majority of people it touches—rich or poor, famous or anonymous—pancreatic cancer causes death. In fact, while mortality rates for many other cancers are declining, deaths from pancreatic cancer are on the rise.

According to the American Cancer Society’s (ACS) Cancer Statistics 2016 report, pancreatic cancer is expected to supplant breast cancer this year as the third-leading cause of cancer-related deaths in the United States. Some experts predict that by 2030, pancreatic cancer will become the second-leading cancer killer in the U.S., behind only lung cancer.

The reason for these dire predictions isn’t because rates of pancreatic cancer are skyrocketing—it accounts for only about 2 percent of new cancer cases diagnosed in the U.S. annually (about 53,000 new diagnoses in 2016), according to the ACS.

“I wouldn’t say it’s [a matter of] increasing incidence as much as it is that we’re getting better at treating certain other cancers and finding other cancers at earlier stages,” says Rachna Shroff, MD, assistant professor of gastrointestinal medical oncology at the University of Texas MD Anderson Cancer Center. “Unfortunately, we have not made that progress with pancreatic cancer.”

So, until better detection and treatment strategies are identified, it’s up to you to avoid potential pancreatic cancer causes and reduce your risk.

No Signs of Pancreatic Cancer

One of the main reasons pancreatic cancer is so lethal is because it usually doesn’t cause symptoms until it has spread throughout the entire pancreas or beyond. At this point, patients may develop the following signs of pancreatic cancer:

Keep in mind that because these symptoms are shared by other conditions, tests are needed to determine whether they’re due to pancreatic cancer. However, although several tests can be done to confirm the presence of pancreatic cancer, none of them have proven effective in detecting the disease in its infancy.

“We have no screening modality that finds it at earlier stages,” Dr. Shroff says. “There have been a number of investigations looking at different screening modalities, such as endoscopic ultrasound, but all of those studies of screening have been negative.

“About 80 percent of patients with pancreatic cancer present with advanced disease,” she continues. “Either it has grown too large within the pancreas that we cannot surgically remove it, which is the only curative therapy, or it has spread to other organs. Those patients are not curable, either. …Unfortunately, the overall five-year survival rate for pancreatic cancer of all stages is very low.”

Given these alarming statistics and the poor prognosis for most people diagnosed with pancreatic cancer, reducing your risk of the disease becomes critical.

“The No. 1 thing is smoking cessation,” Dr. Shroff emphasizes. “Everyone knows that it causes lung cancer. I don’t know that there’s a clear understanding of the fact that smoking increases your risk of pancreatic cancer.”

Being overweight or obese is among the other potential pancreatic cancer causes. In fact, obese people face about a 20 percent greater risk of pancreatic cancer compared to their normal-weight peers, the ACS notes. Obesity is a leading risk factor for type 2 diabetes, which also has been associated with increased pancreatic cancer risk. So, if you’re carrying excess weight, especially around your waistline, work with your healthcare team to lose weight through exercise and a healthful diet.

“There are so many different cancers that we know are associated with the ‘Western’ diet and lifestyle,” Dr. Shroff says. “What I tell everyone is take good care of yourself and your body. Don’t smoke, exercise regularly, take in a diet rich in fruits, vegetables, and lean meats, and try to keep your body healthy. That’s the most important thing we can do for risk reduction for multiple cancers, not just pancreatic.”

Originally published in July 2106 and updated.