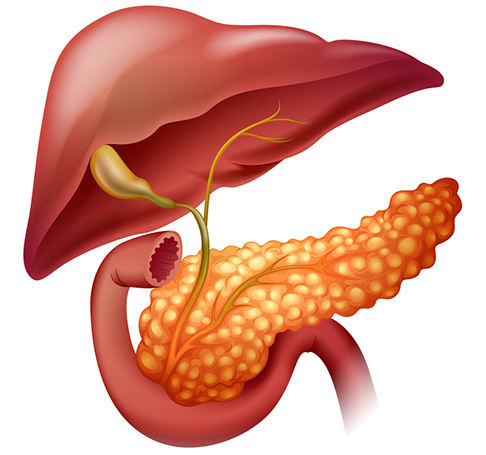 Pancreatic cancer symptoms often don't appear until the disease is spreading, but among those to heed are jaundice, abdominal pain (especially in the upper abdomen), back pain, loss of appetite, weight loss, and nausea.

In the cardiology world, high blood pressure has been dubbed “the silent killer” because it produces no obvious symptoms as it damages the heart, kidneys, and other areas of the body. In the oncology world, that same label could apply to pancreatic cancer. Symptoms may not show up until a patient has developed the disease.

According to the American Cancer Society, pancreatic cancer accounts for only about 2 percent of new cancer cases diagnosed in the United States each year. Pancreatic cancer is the fourth-leading cause of cancer death in the U.S., partly because it can spread rapidly. But a major reason is that pancreatic cancer symptoms generally do not appear until the cancer has reached an advanced stage, so the disease is seldom detected early.

If you experience pancreatic cancer symptoms, tell your doctor right away. Yes, the disease is difficult to detect in its initial stages. However, as with any cancer, the earlier pancreatic cancer is identified, the better the odds of successful treatment—once the cancer has reached a later stage, it’s much more difficult to control. And, given its highly lethal nature and the fact that no screening test has been shown to reduce the risk of dying from pancreatic cancer, knowing the risk factors for the disease and taking steps to avoid them are paramount.

In most cases, pancreatic cancer causes no symptoms until the cancer has spread through the pancreas and beyond. As the disease advances, symptoms can include:

Note that because these are common signs of other conditions, tests are needed to confirm pancreatic cancer symptoms. These tests may include blood, urine, and stool tests, imaging tests such as computed tomography or magnetic resonance imaging, endoscopic retrograde cholangio-pancreatography (an endoscopic inspection of the pancreas), endoscopic ultrasound, and a biopsy.

The causes of pancreatic cancer remain a mystery, but some potential risk factors have been identified. Some are beyond your control:

However, several other risk factors are modifiable. For instance, smokers are two to three times more likely than non-smokers to develop pancreatic cancer. If you smoke, talk to your physician about nicotine replacement therapy, medications, counseling, and other strategies to help you quit.

Conversely, certain nutrients may play a protective role against pancreatic cancer, although clear evidence of an association has not been proven. Specifically, in the fight against pancreatic cancer, some studies have identified the importance of obtaining adequate amounts of vitamin D (good sources include salmon and other fatty fish, as well as fortified foods), vitamin B6 (found in fortified cereals, beans, fish, fruits, and vegetables), vitamin B12 (found in fish, meat, eggs, dairy, and poultry), and folate (found in grains).

Researchers are looking for genes that indicate a person is at especially high risk for pancreatic cancer. Some possible candidates have been identified. Knowing the genes that put people at risk for pancreatic cancer could potentially lead to a screening blood test for people with a family history of the disease. This testing could help doctors diagnose the disease at an earlier stage, when treatment is most successful.