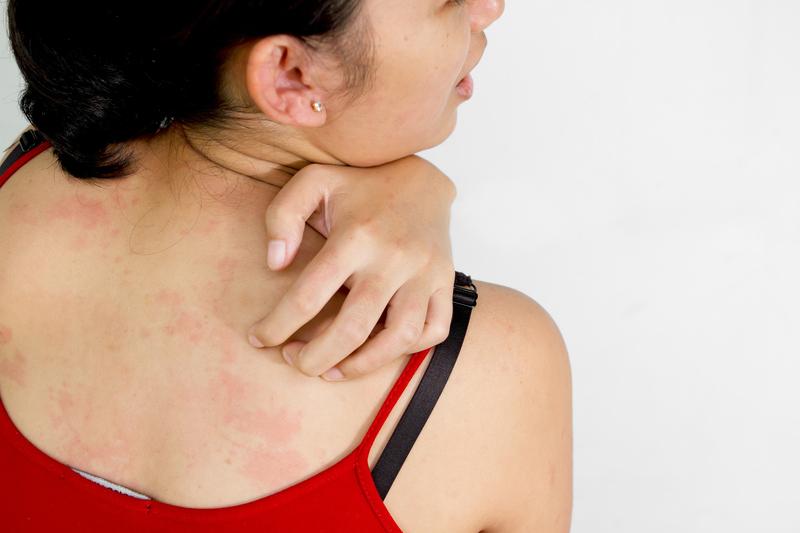 Is skin cancer itchy? The easy answer to this question is, “No, itchy skin by itself is not likely to be a symptom of skin cancer,” but it’s important to look beyond the easiest answer.

Each type of cancer has its own set of symptoms, and there is some overlap among the warning signs. Skin lesions are a kind of common denominator that indicates the possibility of skin cancer, and the lesions may be suspicious or different-looking moles, sores, spots, ulcer, or patches. Any one of those irregularities by itself is a warning sign, and itching could add to the discomfort.

Below are the warning signs of basal cell carcinoma, according to the Skin Cancer Foundation. Any of these five problems is an indication that you should see a dermatologist as soon as possible, and it wouldn’t be a stretch to connect itching with most of the symptoms. Keep in mind that the itching may be caused by irritating the area, which would make it an indirect problem associated with the disease, not a primary symptom.

This type of cancer appears as a rough, scaly bump that grows, and the surface of the lesion may also have a flat, reddish patch. It usually occurs on the face, ears, neck, hands, or arms, but can develop anywhere on the body. The four warning signs are below, and again itching could be a factor but not a primary symptom.

Other Causes of Itching

Among the less dangerous causes of itching skin are allergic reactions and dry skin. Both conditions need attention, but cancer is not causing the itch. The solution to dry skin may be as simple as using a moisturizer. Allergic reactions can cause itchy skin and require professional medical care. Allergic reactions could be due to skin care products, environmental causes (pollen, poison ivy) or certain foods.

Cancer, but not Skin Cancer

The Dana Farber Cancer Institute points out that there are some forms of cancer—not skin cancer—in which itching is a direct or indirect symptom. The diseases are polycythemia vera (one of several blood cancers), mycosis fungoides (a form of cutaneous T-cell lymphoma), and in some cases, pancreatic cancer. All three conditions involve other symptoms that would indicate the presence of the disease, with or without itching.

Is Skin Cancer Itchy During Treatment?

Itching can actually occur as a result of treatment, including chemotherapy, drugs, and radiation.

There is compelling evidence that having a family, partner, or friend help you examine your skin for signs of skin cancer is more accurate than doing it alone. Researchers at Northwestern University found that the benefits of a partner who has been trained to check for changes outweighed the embarrassment of the person being checked. Participants in the study who received skin examination training caught far more irregularities than those in a control group.

As the study of 395 subjects progressed over a period of several months, trust between the partners became stronger, and with trust there was no issue with embarrassment. The results of the study were published in JAMA Dermatology, December 14, 2016

Whether by yourself or with help, be sure to check your entire body, not just those areas routinely exposed to the sun. Examine the soles of your feet, beneath the nails, and between fingers and toes.