Home » Daily » Cancer » Secondhand Smoke: Just How Harmful Is It? 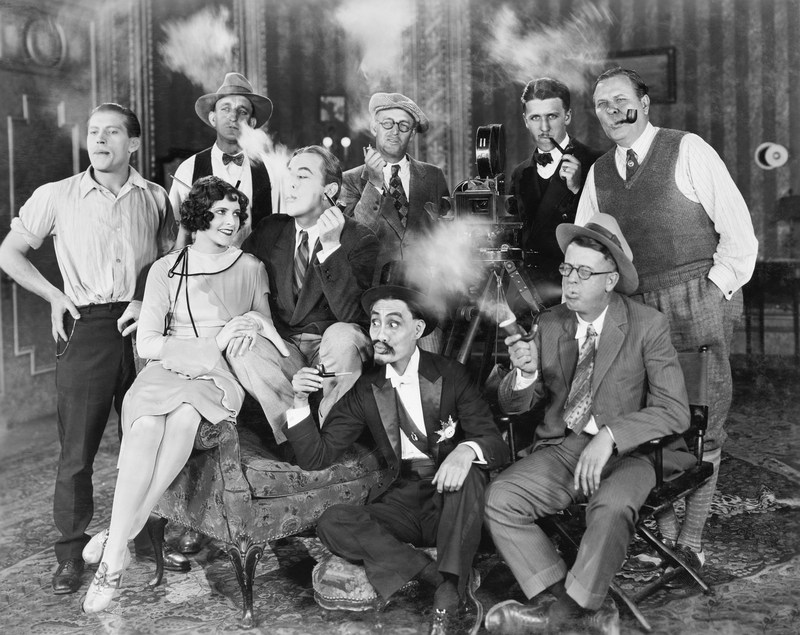 There was a day when perhaps people weren't fully aware of the dangers of secondhand smoke. Now we know better: Non-smokers in a room or vehicle with smokers are exposed to some 7,000 chemicals, including ammonia, benzene, carbon monoxide, cyanide, and other deadly examples.

If you don’t smoke, you may think you’re safe from the health complications that can accompany a smoking habit. But secondhand smoke also raises your risk of smoking-related diseases—and according to the Centers for Disease Control and Prevention (CDC), more than 126 million non-smoking Americans are regularly exposed to secondhand smoke in homes, vehicles, public places, and places of business.

What is secondhand smoke? It’s the smoke that’s exhaled by smokers, and it contains more than 7,000 chemicals, including ammonia, benzene, carbon monoxide, and cyanide. These and many of the other chemicals present in secondhand smoke are harmful to your health, and 70 have been shown to cause cancer.

Secondhand Smoke: Harmful to Your Health

You’re probably well aware of the health harms posed by smoking. For starters, it raises the risk of lung cancer. In fact, if you smoke a pack of cigarettes a day (or more), your risk for lung cancer is 20 times that of somebody who doesn’t smoke. (For tips on quitting, see our post “How to Quit Smoking: 6 Steps to Success.”) 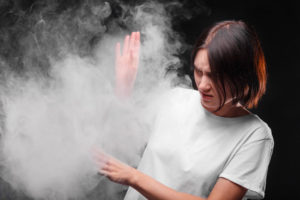 But while about 80 percent of all lung cancer deaths can be traced back to a smoking habit, smoking also raises your risk of other cancers, including those of the pancreas, mouth, throat, larynx, esophagus, kidney, liver, bladder, stomach, and colon. Smoking can worsen asthma, and it raises the risk of respiratory infections such as bronchitis and pneumonia. It also harms the cardiovascular system and the bones.

If you don’t smoke, your risk for these complications is lower—but you’re still vulnerable if your environment is polluted by secondhand smoke.

Over the past 50 years, according to the CDC, more than 2.5 million Americans who were nonsmokers have died from health problems caused by secondhand smoke. It also puts adults at greater risk of heart disease; between 2005 and 2009, it is thought that 34,000 heart disease deaths occurred because of secondhand smoke exposure. In the same time period, secondhand smoke caused more than 7,300 lung cancer deaths.

THE ONLY WAY TO ESCAPE SECONDHAND SMOKE DANGERS

The Centers for Disease Control and Prevention is blunt about what it takes to avoid danger from secondhand smoke: It’s possible “only through 100 percent smoke-free environments, including restaurants.” And letting smoke “escape” isn’t effective, according to the CDC: “Opening a window, using a fan, ventilation, air conditioning, or sitting in a separate area cannot eliminate secondhand smoke exposure.”

The CDC offers these tips on how to protect yourself and your loved ones:

A study published in the journal Nicotine and Tobacco Research (Sept. 13, 2017) suggests that four out of 10 children in the United States are regularly exposed to secondhand smoke. The researchers theorized that one reason for this is the fact that parents who smoke tend to rely on their senses to assess how much tobacco smoke is in the air when their kids are present.

“This reliance on their own physical sensory perceptions leads to misconceptions of when and where children are exposed to tobacco smoke,” says study leader Laura Rosen, MD, of Tel Aviv University’s School of Public Health and Sackler Faculty of Medicine. “No one has previously put their finger on this exposure perception problem. This is important for the ongoing debate about restrictions on smoking in public places, since people may be exposed without being aware of it.”

The study revealed that parents often believed that no secondhand smoke was present if they couldn’t see or smell it in the air. However, previous research has shown that as much as 85 percent of secondhand smoke is invisible. Moreover, many components of cigarette smoke are odorless. And if a smoker is relying on his or her nose to detect secondhand smoke in the home, keep in mind that a smoking habit damages the sense of smell. Just because you can’t smell your secondhand smoke doesn’t mean it’s not there.

Dr. Rosen adds that smoking beside an open window or on a balcony isn’t a safeguard. “Urine tests of children whose parents smoke near open windows indicate double the normal level of cotinine, a product of nicotine,” she says. “To protect children from secondhand smoke, parents must be convinced that exposure occurs even when they themselves do not see or smell the smoke.”

The increase in state laws that ban smoking in public places, as well as an overall decline in the number of people who smoke, may underpin the data. Even so, some groups (for example, ethnic minorities and people with low incomes) had higher rates of exposure than others.

“Cancer patients and survivors must be encouraged to be their own advocates regarding secondhand smoke exposure, in adopting voluntary smoke-free home and vehicle rules, and avoiding settings outside the home where they are more likely than not to be involuntarily exposed to tobacco smoke,” said study leader Oladimeji Akinboro, MD, MPH, chief medical resident in the Department of Medicine at Montefiore New Rochelle Hospital in New Rochelle, New York.