Home » Daily » Heart Health » Silent Heart Attack: What It Means and How to React 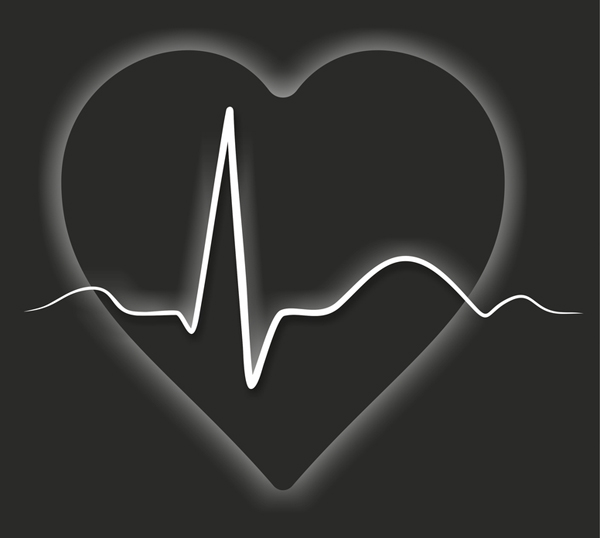 A silent heart attack may start with an "out of sorts" feeling. It may produce minimal symptoms that can go unnoticed but, says Deborah Ekery, MD, a clinical cardiologist at Heart Hospital of Austin and with Austin Heart in Austin, Texas, "it is like any other heart attack where blood flow to a section of the heart is temporarily blocked and can cause scarring and damage to the heart muscle.”

“But,” Dr. Ekery adds, “it is like any other heart attack where blood flow to a section of the heart is temporarily blocked and can cause scarring and damage to the heart muscle.”

A heart attack, whether you’re aware of it or not, is an event in which oxygenated blood flow to the heart muscle is dramatically reduced or blocked altogether. The heart can still keep pumping, but it’s doing so while muscle tissue is suffering or even dying. A heart attack is usually the result of blockage in one of the coronary arteries. Cholesterol plaque can build up in an arterial wall. When it bursts, a flood of cholesterol, fats, proteins, white blood cells, and other matter rush to the scene. The result can be a blood clot that halts the flow of blood almost immediately.

A heart attack can also occur when plaque builds up so much that the artery narrows to the point where blood flow can no longer supply a portion of the heart.

What happens with a silent heart attack is that blood flow stops because of blockage in a coronary artery. But the blockage may be quite temporary, causing only a minor disruption in circulation through the heart. The blood clot may be small enough that it moves through your system harmlessly or simply breaks up and gets absorbed into your bloodstream.

During a more traditional heart attack, the coronary artery remains blocked. The result can be chest pain that radiates out to the arms, back, neck, jaw, or shoulders. But there are many other heart attack symptoms that don’t involve chest pain. And that’s how a silent heart attack can go unnoticed or at least undiagnosed.

Signs of a Silent Heart Attack

In reality, some silent heart attacks aren’t actually that silent. You may be aware that something is wrong, but without sudden, awful chest pain, you may be quick to dismiss it as something else.

For example, a silent heart attack and a traditional heart attack can leave you with an overall “yucky” feeling. You may feel sick to your stomach instead of having searing chest pain. You may feel short of breath and blame it on being out of shape. You could have pains elsewhere in your body and figure it’s a muscle strain or anything other than your heart.

“People who have these so-called silent heart attacks are more likely to have non-specific and subtle symptoms, such as indigestion or a case of the flu, or they may think that they strained a muscle in their chest or their upper back,” Dr. Ekery says. “It also may not be discomfort in the chest; it may be in the jaw or the upper back or arms.

“Some folks have prolonged and excessive fatigue that is unexplained,” Dr. Ekery continues. “Those are some of the less specific symptoms for a heart attack, but ones that people may ignore or attribute to something else.”

These non-traditional heart attack symptoms are more common among women than men. “Women often experience chest pain differently, such as fatigue or tiredness, and not the typical pressure in the center of their chest,” says Charles Chambers, MD, a cardiologist at Penn State Health Hershey Medical Center. “Diabetics may have damaged nerve fibers and therefore may have less ability to sense pain.” (See our posts “Heart Attack Symptoms in Men: 5 Common Signs” and “Heart Attack Symptoms in Women.”)

In addition, Dr. Chambers notes that everyone has a slightly different tolerance for pain. Plus, individuals experience pain or discomfort differently. You might be keenly aware of changes in your body, such as a more rapid heart rate or an unusual pain in your arm, while someone else might not even be consciously aware of those same sensations.

If you’re at risk for a heart attack of any kind, you should become one of those people who pays attention to signs of heart trouble.

If you’re a woman, you should be especially mindful of non-traditional heart attack symptoms. If you experience any symptoms, even temporarily, see your doctor. “The importance of diagnosing a silent one is that once you have had one, it increases your risk of having another heart attack,” Dr. Chambers says.

But, he adds, by having a silent heart attack diagnosed and learning more about heart attack prevention and a heart-healthy lifestyle, you may be heading off a major, unmistakable heart attack down the road.