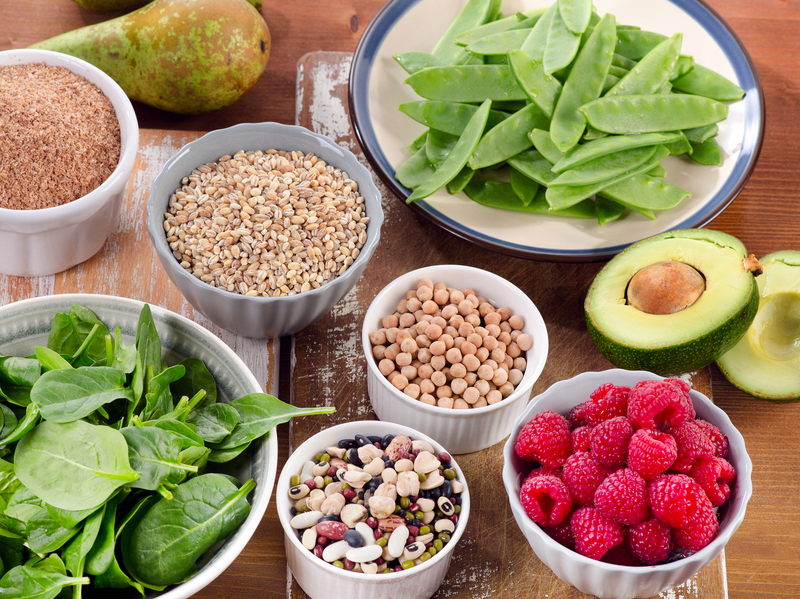 Is there such a thing as a COPD diet? A fiber-rich eating plan including beans, legumes, leafy greens, and berries, for example, may play an important role in warding off breathing and lung diseases.

You may not think that what you eat has anything to do with your risk of developing lung cancer or COPD. Diet, however, especially one that’s rich in fiber, may actually play a key role in preventing certain breathing diseases. COPD stands for chronic obstructive pulmonary disease, and it includes two serious lung conditions: emphysema and chronic bronchitis.

A study reported in the Annals of the American Thoracic Society in January 2016 found that adults who consumed the most fiber were significantly more likely to have healthy lung function compared with those who ate the least amount of dietary fiber. Study participants who ate the most fiber had greater lung capacity and could exhale more air in one second than those with the least amount of fiber in their diet.

The research was observational, with study participants self-reporting the foods they ate, so no cause and effect could be proven. But researchers noted that previous studies have established a link between dietary fiber and inflammation.

How Fiber May Affect Inflammation

Studies have shown that people who consume a fiber-rich diet tend to have lower levels of C-reactive protein in their blood. C-reactive protein is a marker of inflammation that’s been linked to heart disease, diabetes, and rheumatoid arthritis, among other conditions. Chronic inflammation may also play a role in the formation of cancer tumors and the spread of cancer cells.

Inflammation also is associated with breathing diseases such as COPD. Diet plans that include lots of high-fiber foods—including fruits, vegetables, nuts, and whole grains—may help reduce inflammation, a key problem in chronic bronchitis. This lung disease occurs when the lining of your airways becomes irritated. Thick mucus may forms in the airways, making breathing difficult.

News that a COPD diet should include such common items as fruits and veggies should be an encouragement to anyone at risk of those diseases.

For a long time, smoking was the main preventable risk factor associated with breathing diseases. Researchers are encouraged by the findings that to prevent such lung disorders as COPD, diet may be a risk factor, because it’s one that individuals can control. They say that more study is needed, however, to help confirm their findings.

Of course, a high-fiber diet has many health benefits, regardless of further data on its benefits in fighting lung disease and COPD.

We tend to think first of the digestive benefits of a fiber-rich diet. Fiber is important in preventing or overcoming constipation, for example. But fiber also can lead to weight loss; fiber-rich foods tend to keep you fuller longer and reduce the tendency for snacking. Weight loss can help fight inflammation.

Health benefits aren’t necessarily tied to the fiber in fruits, nuts, and similar plant-based foods, but to the phytonutrients. These plant-based chemicals feed healthy gut bacteria; these bacteria release a substance that helps lower inflammation throughout the body.

Ways to Boost Your Fiber Intake

While there aren’t yet official guidelines calling for a high-fiber diet to help prevent breathing diseases or boost lung health, you should still consider getting more fiber-rich foods into your meals and snacks.

Some of the best sources of dietary fiber are beans. Two easy tactics: Add beans to your salads and prepare a pot of chili more often. Whole grains are also high in fiber, so opt for whole-grain pastas and breads over enriched flour products.

Brown rice is better for you than white rice, and almonds, pecans, and walnuts are among the best nut options for fiber. And for many nutritional reasons, work more berries into your routine. Having fresh strawberries (instead of ice cream) for dessert is a good idea, while adding blueberries to your morning cereal is another easy way to get more fiber in your diet.

Even if you don’t notice a big change in lung health, your body will appreciate the inflammation-fighting benefits of a fiber-rich diet.