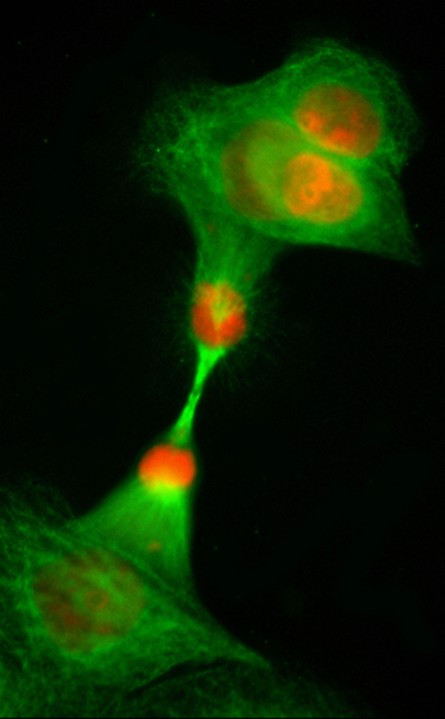 Here’s a number to think about: 37.2 trillion. That’s not the dollar amount of the U.S. national debt, nor is it the number of people living on planet Earth. It’s an estimate of the number of cells that comprise the human body. It also represents 37.2 trillion places in your body where cancer can originate. But what is cancer?

Simply put, cancer refers to a group of diseases characterized by uncontrolled cell growth and division. Yet there’s much more to it than that.

Cancer is a disease that will affect nearly four out of every 10 men and women at some point in their lives, according to the National Cancer Institute (NCI). In 2018 alone, some 1.7 million new cancer cases will be diagnosed in the United States, and more than 600,000 people will die from cancer, the NCI notes.

What is cancer? It’s an enigmatic disease involving a complex interplay of genetic and environmental factors. Given that more than 100 types of cancer have been identified, the question of what is cancer can have many answers.

Normally, the trillions of cells in your body follow an orderly course of growth, division, and death. Billions of your cells die each day for various reasons, such as injury or apoptosis, a form of programmed cell death, or cellular suicide, that allows your body to discard cells it no longer needs. As old cells become damaged and die, new ones form to take their place.

But with cancer, this cellular process goes haywire, starting with abnormal changes (mutations) that occur at the genetic level. Genes known as proto-oncogenes, which are involved normal cell processes, can develop mutations and become cancer-driving oncogenes, opening the door for rampant cell growth while preventing programmed cell death.

Similarly, tumor suppressor genes, which normally regulate cell division, may develop mutations that allow cells to divide out of control. Other mutations in genes that repair damaged DNA also can lead to the formation of cancerous cells.

Sparked by these genetic changes, cancer cells survive when they should die, while new ones form when they’re not needed. The cells divide uncontrollably, and eventually they can accumulate and crowd out normal cells, thus interfering with the function of the part of the body where this process occurs. In most cancers, the cells form masses of tissue we know as solid tumors. In other cancer types, such as leukemia, the cells do not form tumors.

As the unabated cell division continues, the cancerous cells can invade nearby tissues. They also can enter the bloodstream or the lymphatic system, travel elsewhere in the body, and form new malignancies there if left unchecked. 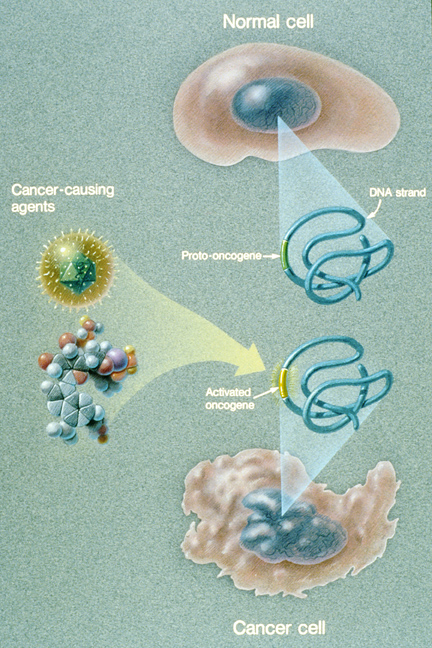 This graphic illustrates how a normal cell becomes a cancer cell. An oncogene is a gene that in some circumstances can transform a cell into a tumor cell. In a normal cell, an oncogene appears to regulate and influence cell growth and division. When a cancer-causing agent affects a cell’s DNA and the oncogene is activated, a cancer cell develops.

Normal cells are created for a purpose. They develop into specific cell types that perform particular functions. Cancerous cells are rogue cells without such a specific purpose. They also tend to develop more genetic changes compared with normal cells.

If a cell could be described as cunning and conniving, those words would apply to a cancer cell. You might say that cancer cells are the evil geniuses of the cellular world. For one, they don’t play by the rules, meaning they don’t necessarily follow the commands your body gives to normal cells to stop dividing or to die off.

Cancer cells also can prompt normal cells to create blood vessels—a process known as angiogenesis—that supply a tumor with the vital nutrients and oxygen it needs to survive and thrive. (Some cancer treatments halt angiogenesis and essentially starve tumors of this necessary blood supply.)

Malignant cells are elusive, which may partly explain why finding a cure for cancer has been so difficult. Not only does your immune system help your body heal from an injury and protect it from infections, but it also removes abnormal cells from the body. Oftentimes, however, cancer cells are able to dodge the efforts of the immune system to eradicate them. In some cases, the cells actually prevent the immune system from destroying them.

What also makes cancer so tricky is its variability. Although they share common traits, no two cancers are exactly alike. The same genetic changes that trigger cancer development in one person may be different in another. Scientists have found that even within the same tumor, genetic mutations in some cancer cells can be different from those in others.

Exactly why a person develops the genetic changes that lead to cancer isn’t always understood. Some people inherit cancer-causing genetic mutations from their parents. People with a family history of certain cancers may be more likely to develop that cancer (or other types) themselves.

More commonly, people develop acquired genetic mutations, which can occur in response to certain environmental and behavioral factors. Some of these factors, such as advancing age, are beyond your control—in general, the older you get, the greater your likelihood of cancer.

Age 66 is the median at which cancer is diagnosed, meaning that half of cancer cases develop in people younger than 66 and the other half occur in those who are older, according to the NCI.

How to Lower Your Risk of Cancer

Other cancer risk factors are modifiable, such as tobacco smoking and exposure to secondhand smoke. Smoking is a major risk factor for cancers of the lung, bladder, and other areas of the body. (Click here to read our post How to Quit Smoking: 6 Steps to Success.) 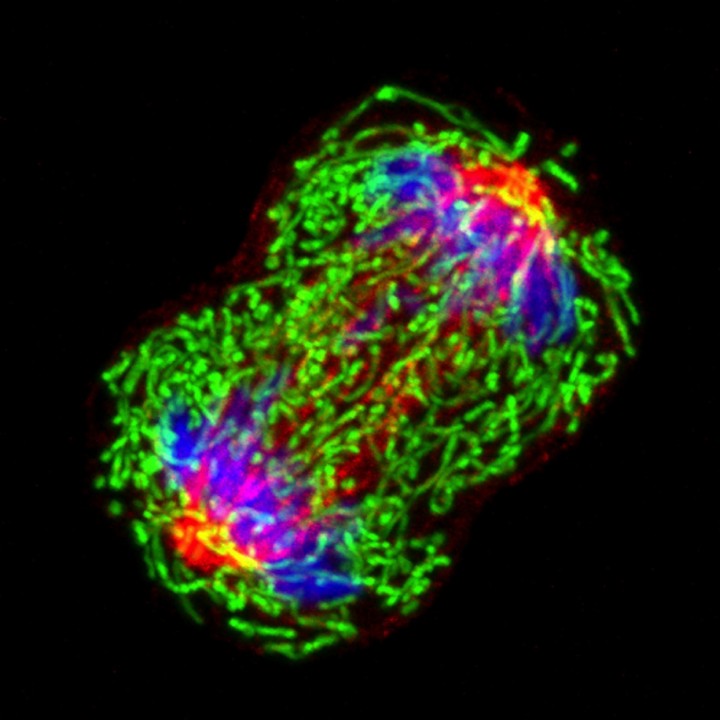 Similarly, alcohol (especially heavy consumption) has been linked to a greater risk of liver, breast, esophageal, and other cancers. If you imbibe, limit your intake to no more than two standard drinks a day for men and one standard drink per day for women.

Your weight may play a role in your cancer risk. Multiple studies suggest that obese people face an increased risk of several cancers, such as those in the colon and rectum, endometrium, breast, and pancreas.

On the flip side, maintaining an optimal weight through a healthy diet and appropriate exercise may reduce your risk. And, when you go outside to exercise, work, or simply enjoy a sunny day, guard your skin by wearing sunscreen, long sleeves/pants, and other protective clothing to reduce exposure to the sun’s ultraviolet radiation, a known contributor to skin cancer.

Among other potential carcinogens are certain chemicals used in industry and manufacturing, such as asbestos, and exposure to radiation from medical imaging (although the benefits of these tests usually outweigh the relatively low risks associated with them).

By improving your health and protecting yourself against these environmental factors, you might never have to live out the answer to the question “What is cancer?”