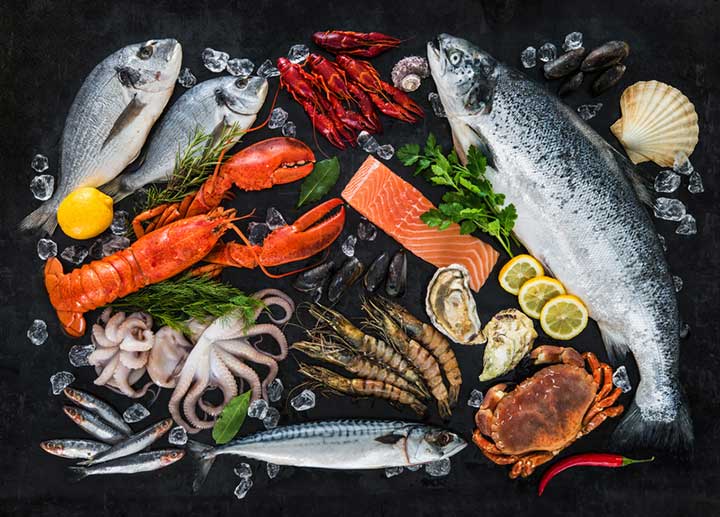 Higher blood levels of PUFAs in young children are associated with a lower risk of allergies and asthma as teenagers, according to a study published in the Journal of Allergy and Clinical Immunology.

Despite the worthy sources of PUFA and MUFA, we still have to limit our intake of dietary fat. After all, a calorie is a calorie, and fat has 9 calories per gram, compared to 4 calories per gram in carbohydrates and protein. Consuming more calories than we need leads to weight gain. Regardless, however, while experts agree saturated fats are bad, some question the value of PUFA, saying MUFA is where it’s at.

The AHA also recommend limiting dietary fat intake to 25 percent to 30 percent of our total calories. But note that its statement doesn’t differentiate between MUFA and PUFA.

PUFA fats contain omega fatty acids 3 and 6. According to an article at the U.S. National Library of Medicine, omega-3 fatty acids reduce triglycerides and arrhythmia, slow the buildup of plaque in your arteries, and reduce blood pressure. The article states that omega-6 fatty acids help control blood sugar, reducing your risk of diabetes, and lower blood pressure. Sounds good, doesn’t it?

However, Today’s Dietitian brings in the controversy: “Linoleic acid (LA), an omega-6 fat, is the most common PUFA in the diet. The appropriate intake of LA and other omega-6 fatty acids is controversial. LA is the precursor to arachidonic acid (AA), which can be metabolized into bioactive eicosanoids associated with inflammation and chronic disease.”

In other words, it may have more to do with the amount of omega-6 we’re consuming then the PUFA oils themselves.

Or It’s the Ratio

“Today, most people are eating way too many Omega-6 fatty acids. At the same time, consumption of animal foods high in Omega-3 is the lowest it has ever been. A distorted ratio of these polyunsaturated fatty acids may be one of the most damaging aspects of the Western diet,” according to Healthline.com.  History indicates that our ancestors had an omega-6 : omega-3 ratio of about 1:1, a far cry from today’s intake.

“Americans typically have three times more omega-6 than omega-3 in their tissues, which is the reverse of what is optimal. Japanese and Mediterranean populations have far lower ratios, and also happen to have lower heart disease rates and longer life spans. While this cannot prove causation, it’s clear that eating high-PUFA oils, such as corn oil, is not necessary for optimal health and may very well be detrimental,” wrote Kamal Patel, MPH, MBA, on MedPage Today.

AP Simopoulos, writing an article in Biomedicine and Pharmacotherapy, agrees:

“Several sources of information suggest that human beings evolved on a diet with a ratio of omega-6 to omega-3 essential fatty acids of approximately 1 whereas in Western diets the ratio is 15:1 to 16.7:1.  . . .  Excessive amounts of omega-6 polyunsaturated fatty acids (PUFA) and a very high omega-6:omega-3 ratio, as is found in today’s Western diets, promote the pathogenesis of many diseases–including cardiovascular disease, cancer, and inflammatory and autoimmune diseases–whereas increased levels of omega-3 PUFA (a low omega-6:omega-3 ratio) exert suppressive effects. . . . [A lower ratio of omega-6/omega-3 fatty acids is more desirable in reducing the risk of many of the chronic diseases of high prevalence in Western societies.”

So, omega-6s are most abundant in the PUFA oils we consume–oils that are purported to be among the least expensive oils, which means food manufacturers use them heavily.

“I think there’s a simple way to interpret all this,” writes Dr. Stephen Guyenet on WholeHealthsource.blogspot.com, “Number one, don’t eat vegetable oils high in n-6 (omega-6) fats. They are mostly industrial creations that have never supported human health. Number two, find a source of n-3 (omega-3) fats that can approximately balance your n-6 intake. In practical terms, this means minimizing sources of n-6 and eating modest amounts of n-3 to balance it.”