Home » Daily » Nutrition » How to Make Sense of the Dairy Debate: Milk is Bad for You One Day, Good For You the Next 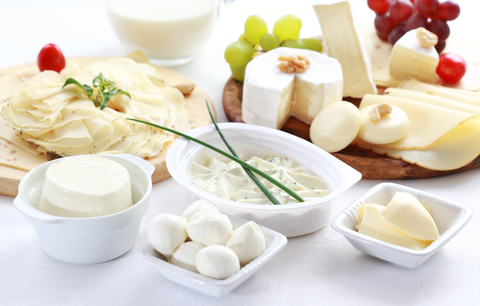 Study results on whether milk is bad for you are not black and white, as some natural health experts would like you to believe.

The dairy debate rages on. Just one week after I wrote about the benefits of whole milk vs. skim and claimed that dairy, “appears to be a neutral or even protective food for those who do not have any allergies or intolerances to any of its components,” a new milk study made headlines around the globe with its negative findings, claiming milk is bad for you and doesn’t protect you from fractures.

Drinking lots of milk does not lower the risk of bone fractures and may actually be associated with a higher rate of death, the findings from a large observational study out of Sweden suggest.[1] Results of the study, published in the British Medical Journal, specifically showed that women who drank more than three glasses of milk a day had a higher risk of death than women who drank less than one glass.

The Swedish research team examined 61,433 women and 45,339 men who completed food frequency questionnaires for 96 common foods including milk, yogurt, and cheese. The researchers took into account and controlled for lifestyle information, weight, height, education level, marital status, and other factors.

There was one important exception: a high intake of fermented milk products (including yogurt and cheese) was associated with reduced rates of fracture and death.

The reason for these findings, hypothesized the researchers, may be due to the high levels of lactose and galactose (types of sugar) in non-fermented milk products. These sugars have been shown to increase oxidative stress and chronic inflammation in animal studies, according to the researchers, and may be the reason milk is bad for you.

To test this theory, they analyzed subjects’ biomarkers of oxidative stress and inflammation and found that people who drank more milk did indeed have more signs of oxidative stress and inflammation. There may be a link between the lactose and galactose content of milk and risk, concluded the researchers, but more studies are needed to prove causality.

Milk is bad for you? Not so fast

Just one week before this study was published, Japanese researchers reported their findings from a similar study that showed very different results. Researchers followed 94,980 Japanese adults for an average of 19 years.[2] Drinking milk one to two times a month was associated with lower mortality from all causes in men compared to those who never drank milk. The more milk the men drank, the lower their risk of dying from cancer or cardiovascular disease. In women, drinking milk three to four times a week also had a lower risk of dying compared with those who never drank milk.

The very different findings between these two studies reflect the overall inconsistency in research results when it comes to milk and dairy consumption. The truth is that study results on whether milk is bad for you are not black and white, as some natural health experts would like you to believe. But the confusing research hasn’t stopped many natural health practitioners from continuing to recommend dairy elimination for many of their patients.

How to determine whether milk is bad for you

Based on clinical observation, many practitioners recommend at least a trial elimination of common trigger foods, including dairy, for their patients. This elimination diet is typically followed by a challenge phase, in which foods are reintroduced one at a time, to try and determine if there is a connection between a patient’s symptoms and consumption of the food.

Milk and dairy are often found to exacerbate symptoms when tested in this manner, indicating an allergy or intolerance to some dairy component, such as the protein casein or the sugar lactose. Patients often report drastic improvement in skin problems, sinus congestion, digestive distress, constipation, headaches, and many other ailments with the elimination of dairy.

If the re-introduction of dairy to your diet after at least a three-week period of elimination doesn’t cause any negative symptoms, it may be okay to include small amounts of dairy in your diet, with an emphasis on organic, fermented dairy from grass-fed animals, preferably not from cows.

How do feel about milk and dairy?

Have you eliminated dairy from your diet? Why or why not? Please share your thoughts about dairy in our comments sections, below.