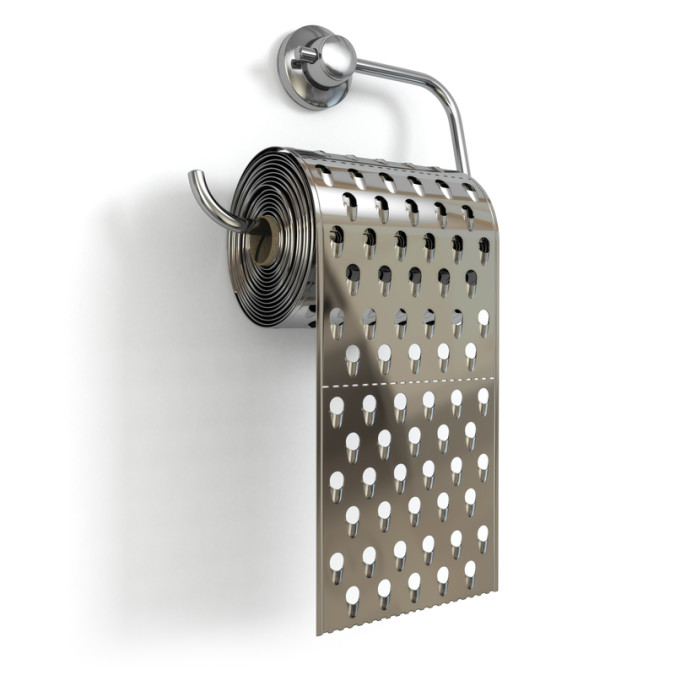 Around 75 percent of the population will experience hemorrhoids (and the resulting pain) at some point in life.

Let’s be honest: Hemorrhoids are not an easy topic of conversation for most people. However, they’re very common. According to the National Institute of Diabetes and Digestive and Kidney Disease, about 75 percent of us experience hemorrhoids sometime during our lives.

If you have ever suffered the pain, itching, burning, or bleeding that may result from hemorrhoids (also commonly referred to as “piles”), you know how uncomfortable they can be. Fortunately, there are several things you can do to relieve and even prevent hemorrhoid symptoms.

Hemorrhoids are swollen veins that are located in the lower rectum, just inside the anus (the opening from which stools are expelled during a bowel movement), or under the skin outside the anus.

Often, the only symptom of internal hemorrhoids is blood that appears on toilet paper, your stool, or in the toilet bowl after a bowel movement. A bleeding hemorrhoid is generally not a cause for alarm. However, anytime you have blood on your toilet paper or in your stool, report it to your doctor and get it checked out as soon as possible, since rectal bleeding may be a symptom of a serious disease, such as an intestinal infection, ulcerative colitis, Crohn’s disease, or colon cancer.

Prolapsed hemorrhoids may cause discomfort, pain, itching, and burning. Symptoms often disappear within a few days, but people with external hemorrhoids may have ongoing symptoms that take a toll on their quality of life.

Hemorrhoids usually develop due to increased pressure in the rectum. This pressure may be caused by:

Hemorrhoids are often caused by constipation (generally, having fewer than three bowel movements a week and/or having hard, dry stools that are difficult to pass). Since constipation is frequently the result of a low-fiber diet, making dietary changes can be very effective for relieving, and even preventing, hemorrhoid symptoms. Home remedies for constipation include eating more fiber, drinking more fluids, and getting more exercise.

When you eat more fiber, it’s also important to drink enough fluids, which are needed to soften the stool and help keep it moving through your intestines. If you increase your fiber but not your fluids, your constipation could worsen. (Incidentally, a high-fiber diet has many other health benefits that include lowering cholesterol, keeping blood sugar levels steady, and helping with weight loss and weight management.)

If you’re a bathroom reader, you may be spending too much time on the toilet, which can also produce hemorrhoids. When you are finished with your bowel movement, get off the toilet; avoid lingering to get to the end of the article or chapter you’re reading.

If your hemorrhoid symptoms are severe and chronic, you have a few treatment options to consider.

One is sclerotherapy, which consists of injecting a solution into the hemorrhoids that reduces the blood supply and decreases the swelling and inflammation. A procedure called ligation involves wrapping an elastic band around the base of the hemorrhoid, which eventually causes it to shrink and fall off. Hemorrhoids may also be removed surgically.