Home » Daily » Nutrition » The Best B12 Foods for Every Diet 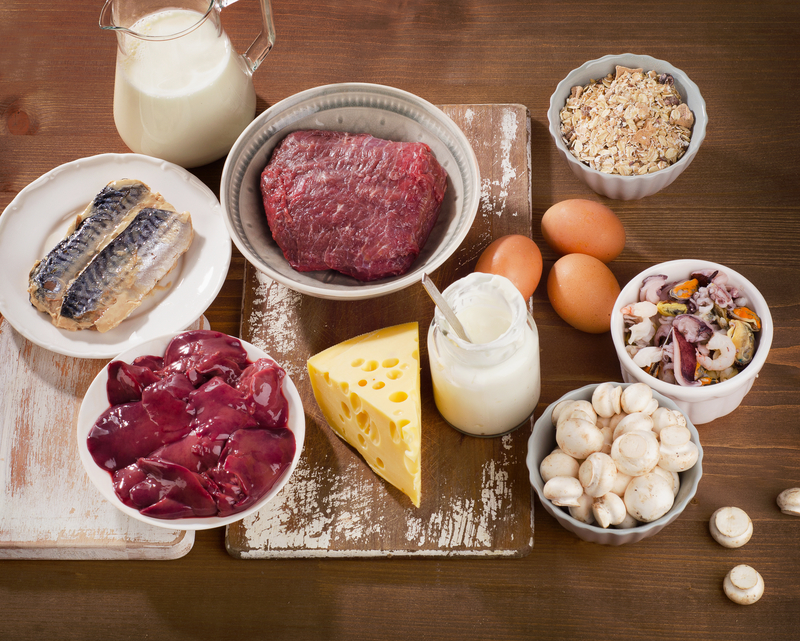 B12 foods include milk, eggs, meats, fish, cheese, and mushrooms.

Vitamin B-12—the largest and most complex of all the vitamins—is an essential nutrient that, with very few exceptions, must be supplied by animal foods (meat, fish, eggs, and dairy).This is because only bacteria and other one-celled organisms can synthesize vitamin B12. The bacteria in the intestines of humans and animals can make vitamin B12, but in humans it is not well absorbed and retained. While small amounts of vitamin B12 may be found in certain plant and fermented foods due to bacterial contamination, it is now well-understood that no plant foods are reliable B12 foods.

The most recent Recommended Dietary Allowance (RDA) for vitamin B12 was set in 1998 and is 2.4 micrograms (mcg) per day for males and females 14 years and older. Most meat-eaters consume this amount, although they may not absorb it for a variety of reasons (discussed below) and therefore still end up with a vitamin B12 deficiency. For vegetarians and vegans, however, it’s another story. 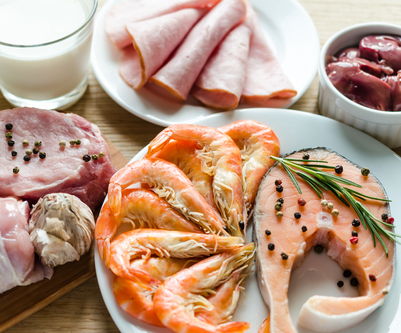 Who’s at Risk for Vitamin B12 Deficiency?

It’s well-established that vitamin B12 deficiency is more common among certain groups of people: vegetarians and vegans, diabetics taking Metformin, those using proton-pump inhibitors (such as Protonix), and adults aged 60 and over. Exactly how many people in the U.S. suffer from vitamin B12 deficiency, however, is difficult to determine because there is no perfect test and researchers and nutrition experts debate what the appropriate cut-off levels should be for the currently utilized tests.

Vitamin B12 deficiency has been commonly found in:

Best B12 Foods for Meat-eaters, Vegetarians, and Vegans

Although dairy and eggs provide less vitamin B12 than most meats and fish, it is possible for vegetarians to meet their vitamin B12 requirements through their diets by including plenty of eggs and dairy (especially milk, yogurt, and some cheeses).

Some plant and fermented foods, such as spirulina, sea vegetables, tempeh, and miso, were historically thought to be active and reliable B12 sources, but researchers have found this is not so. Even though it is still a good idea for vegetarians and vegans (and for all of us, for that matter) to eat seaweed (like kelp), blue-green algae, brewer’s yeast, and fermented plant foods (like tempeh, miso, or tofu) for their nutritional content, none of these plant foods can be counted on to be a consistently good source of B12. So for vegans, vitamin B12 must be obtained primarily through supplements and foods that have been fortified with vitamin B12 such as some cereals and some meat and milk alternatives.

Some foods with substantial amounts of vitamin B12 are listed in the table below along with their vitamin B12 content in micrograms (mcg).

Vegan and Vegetarian B12 Foods

Regular intake of the high B12 foods listed above is extremely important for meeting your nutritional needs. Make sure you’re taking in at least the recommended dietary allowance (2.4 micrograms per day for adults). Ensuring that your vitamin B12 needs are met becomes even more critical if you are older than 60, a vegetarian or vegan, or if you take certain drugs like the diabetes drug Metformin or a proton pump inhibitor for acid reflux.

Watch for symptoms of vitamin B12 deficiency, which may include fatigue, weakness, tingling in the arms and legs, digestive disturbances, and a sore tongue. These symptoms may be associated with anemia and more serious disorders of the blood and nervous system. Be sure to check nutrition labels for fortified products, as products vary. For more information on the vitamin B12 content of specific foods, you can search the USDA food composition database yourself.