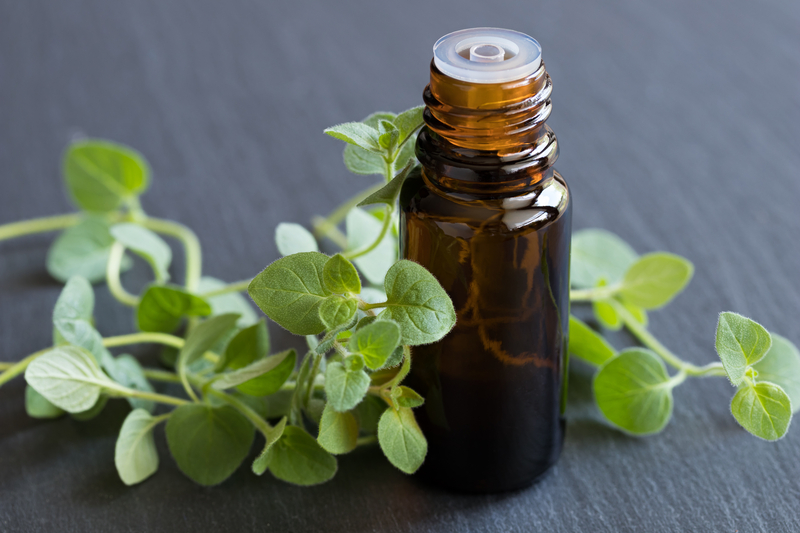 The oregano plant has been used as a spice for thousands of years.

Studies in human cells and in animals show that oils from the oregano plant have definite antibacterial and antioxidant properties. These oils can break down the walls of bacterial cells and may help fight infections. As an antioxidant, oregano oil may scavenge free radicals and prevent damage to healthy cells. [1] Some studies also suggest this oil may help fight viral and fungal infections. [2]

The oregano plant has been used as a spice for thousands of years, and the best oils come from Greece, Turkey, and Israel. The active antimicrobial and antioxidant ingredients are the organic compounds carvacrol and thymol. The amount of active ingredients change between types of oregano and where and when the oregano was harvested. [1]

Why do people take oregano oil?

According to the National Institutes of Health (NIH), oregano oil is taken orally to treat upper respiratory and lung disorders like cough, asthma, or bronchitis. It can also be taken to relieve indigestion, menstrual cramps, urinary tract infection, headaches, and pain from various conditions. [3]

Oregano oils can be rubbed on the skin to treat a wide variety of skin conditions including acne, rashes, infections, psoriasis, joint pain, and as an insect repellant. [3] As an essential oil, oregano can be inhaled as a vapor to treat sinus and chest congestion. Some of the stronger evidence from animal studies is for oral use to treat inflammatory bowel disease, candida yeast infections, and a variety of bacterial infections. [2]

What does the research say about the benefits of oregano oil for humans?

Although many people use oil of oregano for many reasons, benefits in people have not been shown. However, that does not mean they do not exist; it simply means there are not enough human studies to prove the benefits. According to the Natural Medicines Comprehensive Database, which rates effectiveness based on scientific research, oil of oregano gets a rating of insufficient evidence. [2,3]

How much oregano oil is safe to take?

According to NIH, oil of oregano as a spice is safe when taken orally in the amount normally found in food. When used as a medicinal oil supplement, it is only rated as possibly safe, because there are not enough human studies to establish a safe dose. [2,3] The best advice is to take oil of oregano by mouth only after checking with your healthcare provider. [2]

When used on your skin, oil of oregano is considered safe if the concentration is one percent or less. [3] Stronger concentrations may cause skin irritation. [2]

What are the possible side effects of taking oregano oil? 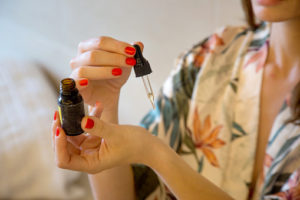 The only ingredient in oregano oil should be oregano oil. (© triocean | iStock/Getty Images Plus)

The most common side effects from oral use is an upset stomach. Oil of oregano is not considered safe during pregnancy or while breast feeding. Allergic reactions are possible, especially if you are allergic to other plants in the same family, including basil, lavender, mint, sage, or rosemary. If you have diabetes, you should check with your doctor before using oregano oil. It may interfere with some diabetes medications, and it may raise blood sugar. If you are going to have surgery or you are taking a blood thinner, check with your doctor because oil of oregano may increase bleeding tendency. [2,3]

When shopping to buy oil of oregano, keep in mind that essential oils are not regulated for dose or safety by the FDA like medicines are. Check the label to look for the Latin name Origanum vulgare, and don’t use the oil if there are other ingredients listed. When in doubt, check with the pharmacist. [2]

The bottom line on oregano oil is that it has lots of potential benefits. Unfortunately, none of these benefits have enough research to recommend use in humans. If you want to try oil of oregano, talk to your doctor first. Don’t use oregano oil on your own in place of proven treatment for the symptoms you’re trying to address. [2,3]