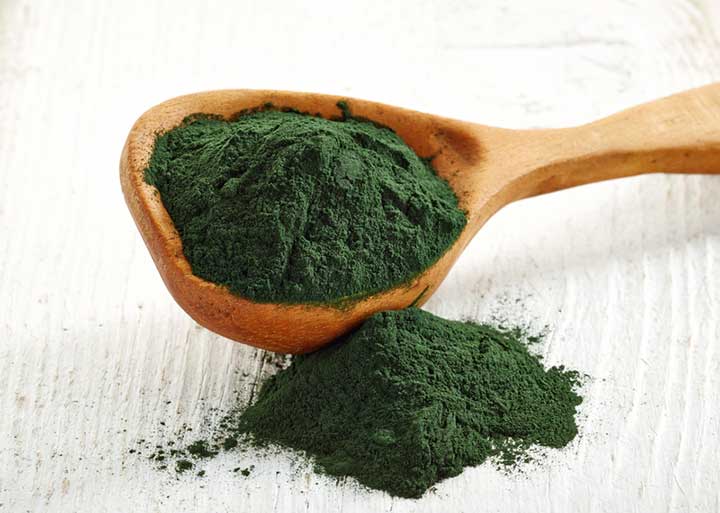 Spirulina is a true superfood not to be ignored.

If you’re looking for a food that lowers cholesterol naturally, is exceptionally nutritious, packed with protein and phytochemicals, and will boost your immune system and give you energy all while tackling your cholesterol and triglycerides, Spirulina is it! A rich, deep-green powder, Spirulina is an ancient food source that is making a comeback as one of the most prized “green foods” in the natural health world. (See our post “Healthy Energy Drinks: Use These 3 Ingredients in Delicious DIY Mixes” for a smoothie recipe that includes spirulina.)

A new study published in the Journal of the Science of Food and Agriculture is just the latest of many to demonstrate how effective Spirulina is as a food for naturally lowering cholesterol.[1] And don’t worry, while some people love the taste of Spirulina so much that they eat spoonfuls of the powder straight (staining their mouths a dark green in the process), it’s also widely available in tablet and capsule form.

Spirulina is a type of cyanobacteria and not technically algae, even though it is often called blue-green algae. It naturally grows in the alkaline lakes of Mexico and Africa. Two Spirulina species, Spirulina platensis (Arthrospira platensis) and Spirulina maxima (Arthrospira maxima) are the most intensively investigated due to their history as food sources and their nutritional and medicinal value. After it was harvested and dried, Spirulina was made into cakes and eaten by the Aztecs and used by the Chadians in Central Africa to make cake or broths.[2] Spirulina is well-recognized for its unusually high protein content (60–70%) and its richness in vitamins, minerals, essential fatty acids (especially GLA), carotenoids (especially zeaxanthin), and other nutrients.[2,3]

The most recent study to examine the cholesterol and triglyceride-lowering effects of Spirulina was conducted by a group of Greek researchers from various universities.[1] They gave 52 adults with recently diagnosed dyslipidemia (high cholesterol or high triglycerides/low HDL) 1 gram of Spirulina per day for 3 months. A full lipid panel using fasting blood samples was performed at the beginning and end of the study period. The researchers also tracked blood pressure, height, weight, and body mass index.

How to Take Advantage of Spirulina

Spirulina is a true superfood not to be ignored! You can count on it as not only a safe, green food that lowers cholesterol naturally, but one that has the potential to also lower your blood pressure, enhance your immunity, boost your nutrition, and fight inflammation and oxidation (the key drivers of aging and disease). Take at least 1000 mg (1 gram) of Spirulina per day, up to 8 or more grams, preferably organic.