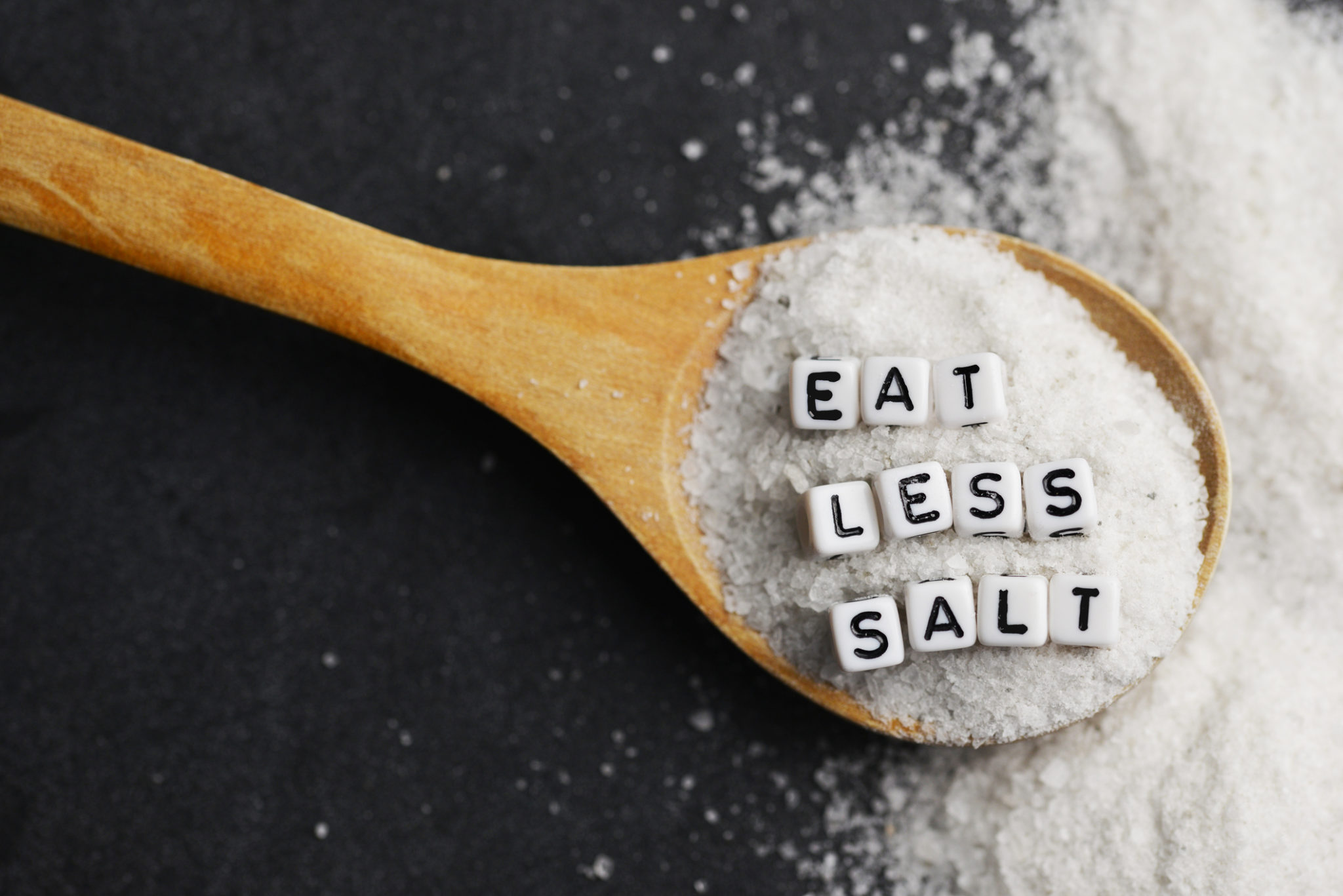 Trimming sodium from your diet is more than just putting down the salt shaker - packaged foods and restaurants account for almost 80 percent of the sodium in our diets.

Nine out of 10 Americans still consume more sodium than the currently recommended limits, according to a 2016 report from the Centers for Disease Control and Prevention. Excess sodium consumption was found to be a particular problem among men, 98 percent of whom consumed too much sodium compared with 80 percent of women. Among people at higher risk for heart disease and stroke (including people over age 50 and those with high blood pressure, diabetes, or kidney disease), three out of four consumed more than the recommended limit of 2,300 milligrams (equivalent to one teaspoon) of sodium per day. Most of the sodium Americans consume comes from packaged, processed foods and restaurant meals.

On average, an American adult consumes approximately 3,500 milligrams (mg) of sodium per day, which is equivalent to about 1½ teaspoons of salt. The 2015–2020 Dietary Guidelines for Americans advises that we consume less than 2,300 mg sodium per day. Individuals with prehypertension or hypertension, the Dietary Guidelines states, would reap even more benefits by reducing their sodium intake to 1,500 mg per day. It can be challenging to reduce sodium to recommended limits, but every step you take toward decreasing your intake can help in lowering blood pressure.

To trim sodium from your diet, you’ll need to do more than hide the salt shaker—only about 11 percent of our sodium intake comes from salt added during cooking or at the table. Packaged foods and restaurant foods account for the bulk of the sodium in our diets—almost 80 percent. While reading nutrition labels can help you scale back on sodium in packaged foods, it’s more difficult to determine amount of salt in restaurant meals. Chain restaurants’ websites typically list sodium amounts in their offerings; it’s worth browsing the Internet for that information.

Exposure to salt—even at an early age—may influence your preference for salty foods. Infants exposed to foods containing salt prior to six months of age had a greater preference for a salt solution, compared to infants who did not have early exposure to salty foods, according to a 2012 study of 61 infants (American Journal of Clinical Nutrition.) This preference for salty taste persisted into preschool, where children in the early salt exposure group as infants were more likely to lick salt from the surface of foods.

Experimental studies from the 1980s show that young children required 6 to 15 taste exposures before accepting a new food or flavor. And recent research shows that adults, too, require repeat exposures to new tastes—in this case, low-sodium versions of familiar foods—before they accept them.

Researchers examined the acceptance of low-salt soup among 37 adults (Food Quality and Preference, May 2012.) Participants were given either no-added-salt soup or the same soup with 280 milligrams of sodium per serving. After almost daily exposure for eight days, the no-added-salt group showed increased liking for the soup by the third exposure. In a June 2014 study published in the same journal, researchers studied the acceptance of low-sodium tomato juice among 83 subjects over 16 weeks. Results showed a shift in preference for lower salt in tomato juice after repeat exposure, concluding that salt preference can be altered by exposure alone, even in study subjects who consumed a high-sodium diet.

Since preference for less salty foods may literally be an acquired taste, strategies for lowering salt in your diet should include repeat exposures to low-salt food items. While you’re at it, try these 10 tips for slashing sodium: