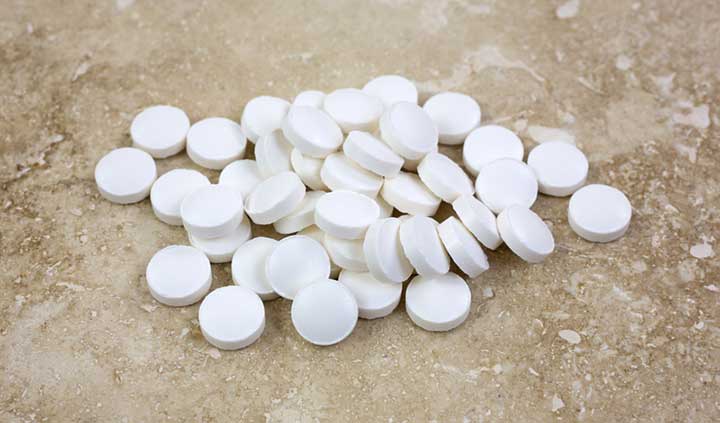 People with irritable bowel syndrome can suffer for years without finding a way to relieve their symptoms, but a new review article reveals a promising treatment option: melatonin benefits for IBS. Produced by the pineal gland in the brain and by cells in the mucous lining of the digestive tract, this hormone is mostly known for its role as a chemical signal that regulates the sleep-wake cycle by causing drowsiness and lowering body temperature. But that’s not all it does.

Research Suggests That Natural Remedies for IBS Should Include Melatonin

Researchers at the National University of Singapore’s School of Medicine recently published a review article, “Melatonin for the treatment of irritable bowel syndrome,”  in the World Journal of Gastroenterology that looked at how melatonin benefits IBS.[1] They summarized the available evidence from at least four randomized, double-blind, placebo-controlled studies, all showing that melatonin decreases abdominal pain. Most of the studies used 3 mg of melatonin at bedtime, although one study in postmenopausal women used 3 mg in the morning plus 5 mg at bedtime. The evidence was not as clear as to whether melatonin reduces other symptoms of IBS, such as abdominal distention/bloating, abnormal sensation of defecation, diarrhea, or constipation.

To try melatonin for IBS, start with 3 mg at bedtime. If you notice that you are tired or groggy the next day, reduce the dose to 1 or 2 mg. Stick with the treatment for at least one or two months to obtain optimal benefits. Other natural IBS treatments include enteric-coated peppermint oil, the FODMAPs diet, and eliminating foods to which you’re allergic or sensitive. The following articles provide information on these additional IBS therapies:

What treatments have you tried for IBS? What has been successful? Please share your experiences in the comments section below.

Originally published in 2014 and is regularly updated.