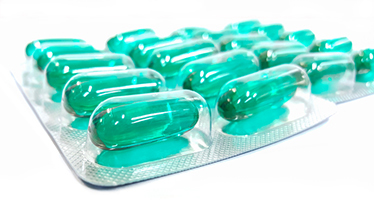 Are NSAIDs safe? After the drug rofecoxib (Vioxx) was pulled from the market due to concerns about its cardiovascular safety, experts turned their attention to celecoxib (Celebrex), another pain reliever in the same drug class. But a landmark study has found that celecoxib poses no greater risks to heart health than prescription-strength ibuprofen (Advil, Motrin) and naproxen (Aleve, Naprosyn) in patients already at increased cardiovascular risk.

While the study findings support celecoxib as a prescription treatment for arthritis, patients should use the medication or any other nonsteroidal anti-inflammatory drugs (NSAIDs) with caution and should optimize their cardiovascular risk factors.

Ibuprofen, naproxen, and other traditional NSAIDs work by blocking the action of the enzymes COX-1 and COX-2, which produce chemicals (prostaglandins) that play a role in pain and swelling. But, prostaglandins also have other functions, such as helping to form the protective barrier in your gastrointestinal (GI) tract. By blocking the action of COX-1, traditional NSAIDs may increase the risk of GI problems, such as stomach ulcers and bleeding.

So, scientists developed NSAIDs known as COX-2 inhibitors, including celecoxib and rofecoxib. By inhibiting only the COX-2 enzyme, these drugs relieve pain and reduce inflammation from arthritis and other conditions, but with less effect on the GI tract.

However, rofecoxib was withdrawn in 2004 after research linked it with an increased risk of cardiovascular complications. So, the spotlight then shone on celecoxib, the only COX-2 inhibitor available on the market.

The Prospective Evaluation of Celecoxib Integrated Safety versus Ibuprofen or Naproxen (PRECISION) trial included 24,081 patients, average age 64, with osteoarthritis or rheumatoid arthritis who had heart disease or were at higher risk for it. The participants were treated with celecoxib, ibuprofen, or naproxen for an average of about 20 months and were followed for nearly three years. The trial involved prescription doses of ibuprofen (600 mg, three times a day) and naproxen (375 mg, twice a day), higher than the doses available over the counter.

The researchers found that the primary outcome of heart attack, stroke, or death from cardiovascular causes occurred in 2.3 percent of celecoxib patients, 2.5 percent of those taking naproxen, and 2.7 percent of ibuprofen patients.

Celecoxib was associated with a 54 percent lower risk of GI ulcers or bleeding compared with ibuprofen and a 41 percent lower risk compared with naproxen, the study found. Also, celecoxib users were 64 percent less likely than their ibuprofen counterparts to experience worsening kidney function—traditional NSAIDs are known to cause kidney complications (New England Journal of Medicine, Dec. 29, 2016).

“Celecoxib Is Not Riskier for the Heart Than Other NSAIDs…”

According to a statement released by study investigators, “The trial’s primary message is that celecoxib is not riskier for the heart than other NSAIDs. The PRECISION trial studied full prescription doses of these drugs, not the lower doses available in over-the-counter preparations. The safety findings may or may not apply to the typical intermittent use of lower doses of these drugs by many patients.”

All prescription and nonprescription NSAIDs, except aspirin, contain warnings about increased cardiovascular risk, which may rise with longer use and higher doses of the drugs. For this reason, most experts generally recommend taking the lowest dose for the shortest duration possible.

“The PRECISION Trial provides critical information for patients and their providers about the safe use of commonly used analgesics, including celecoxib, ibuprofen, and naproxen,” Daniel Solomon, MD, MPH, chief, Section of Clinical Sciences, Division of Rheumatology and Division of Pharmacoepidemiology at Brigham and Women’s Hospital, said in a statement. “The PRECISION trial has taught us that there is tremendous nuance to the comparative safety of these agents.”

Managing your arthritis requires more than just taking an NSAID or another pain pill. For instance, one of the most important things you can do to combat arthritis is to stay physically active to maintain a healthy weight. In doing so, you’ll strengthen your heart, reduce the strain on your joints and, potentially, reduce your need for NSAIDs.

Tell your doctor if your arthritis requires regular use of over-the-counter NSAIDs, especially if you have heart or kidney disease. Have an in-depth discussion with your physician about your individual risks of using NSAIDs and how you can minimize them. And, work with your healthcare team to optimize your blood pressure, cholesterol, blood sugar, and other risk factors.

A CLOSER LOOK AT THE PRECISION TRIAL

Some findings from the PRECISION trial, which examined the cardiovascular safety of celecoxib, ibuprofen, and naproxen:

Note: The study used prescription doses, so the findings cannot necessarily be applied to casual users of over-the-counter ibuprofen or naproxen.