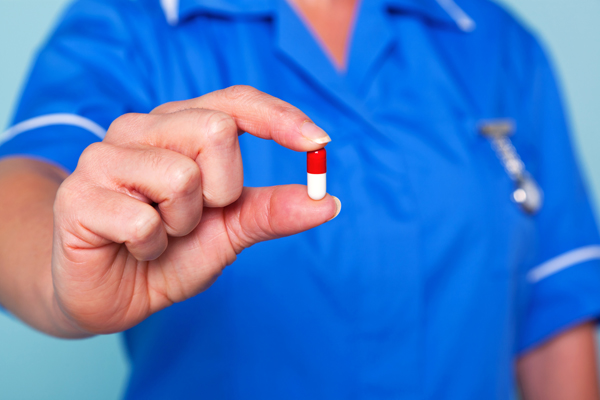 In medicating arthritis symptoms, ibuprofen is among the first-tier efforts.

Doctors have at their disposal a broad array of arthritis medications: some fast-acting and widely used, some that run the risk of dependence. Your prescription will depend on the severity of your condition.

The first tier in the drug pharmacopeia available is called “the first line” of available arthritis medications. They’re usually available over the counter, are considered fast acting, and are used widely to treat pain and inflammation for both osteoarthritis (OA) and rheumatoid arthritis (RA).

Disease-modifying anti-rheumatic drugs, or DMARDs, are slower acting than first-line medications but often more effective. Examples of DMARDs include the following:

Because DMARDs require weeks or months to take effect, they are used in combination with faster-acting first-line drugs. DMARDS have more potent side effects, and their use should be carefully monitored. Side effects vary, depending on the DMARD.

These types of arthritis medications slow down the inflammatory process by interfering with specific chemical messengers of the immune system. These are the most potent of all RA medications and among the most expensive, with equally powerful side effects that need to be carefully monitored.

These drugs are used if traditional therapy from first- and second-line drugs fails to adequately control the progression of RA.

When a knee lacks sufficient lubricating fluid (synovial fluid), due to mild-to-moderate arthritis or age, doctors may inject a thick viscous substance (hyaluronic acid) into the joint space to provide temporary lubrication and pain relief. This process, known as viscosupplementation, is largely used for OA.

Although the U.S. Food and Drug Administration (FDA) has officially approved the use of viscosupplements only for the relief of knee OA, it’s quite common for physicians to recommend these injections for ankle or elbow pain.

Viscosupplements may provide effective and long-lasting pain relief (up to six months) in 90 to 95 percent of those with mild-to-moderate knee osteoarthritis. For those with more severe OA, the injections are significantly less effective. 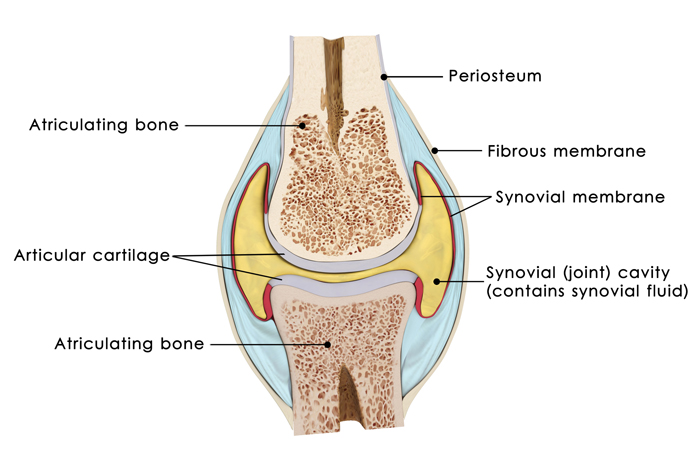 Note the synovial fluid (indicated by yellow coloring in the synovial cavity). A lack of this viscous fluid—whose job it is to reduce friction between the articular cartilage of synovial joints during movement—creates wear and tear… and pain. Credit: © Science Pics | Dreamstime.com

Gene Therapy: Getting Joint Cells to Make Their Own Drugs

Although doctors can give drugs—such as the biological response modifier anakinra—to block the action of interleukin-1 and shut down the release of cartilage-destroying enzymes, researchers may soon teach joint cells to make their own protective drugs.

Investigators have inserted genes into the joint cells of animals that make a harmless protein that parks itself on the outer surface of key immune system cells, thus preventing them from “switching on” and releasing their destructive enzymes. Research on gene therapy for arthritis continues.

Other biologics for RA that are under study include: