Home » Daily » Memory » Dementia Stages: What to Expect at Each Stage 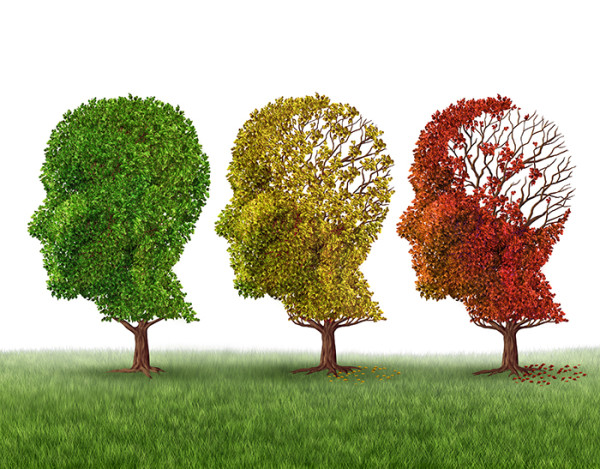 Many people answer the question “What causes dementia?” by linking it to Alzheimer’s disease. Others ask the question, “Is dementia a disease?” The better question is really, “What does dementia mean?” The term is used to describe the decline in memory and thinking skills seen in many different diseases ranging from Alzheimer’s to vitamin B12 deficiency to lewy body dementia.

It’s important to note that dementia is not the same thing as isolated memory loss, even though memory loss is a common part of dementia. To be diagnosed with dementia, an individual must have decline in at least two critical areas of brain function (such as memory, communication, reasoning, or judgment) that leads to interference in the ability to perform the daily functions of life.

What Are the Dementia Stages?

Because the many different diseases that can cause dementia progress at differing rates and in different patterns, this question can be difficult to answer. It is most easily answered for Alzheimer’s disease, which accounts for 60 to 80 percent of all dementia cases.

Alzheimer’s stages are sometimes classified into three categories (early stage, mid-stage, and late stage) and the progression through those stages is often gradual. The second most common cause of dementia is vascular dementia and, depending on the type of vascular dementia someone has, the progression can occur in more dramatic “steps” and over shorter periods of time. In order to help provide some standardization in classifying dementia stages, many healthcare providers utilize a tool developed at Washington University called the Clinical Dementia Rating scale (CDR) to stage a person’s dementia. The CDR evaluates six categories of a person’s life and assigns them a score of 0 to 3 that correlates with a stage of dementia. Those categories include:

According to the CDR’s rating system, patients in stage 1 have no evidence of impairment in any of the aforementioned categories and do not have dementia.

Patients scoring 0.5 on the CDR have consistent but modest forgetfulness that does not impact their daily life. They are fully oriented but may have some minor issues with timing. Any impairment in home or community activities is often so subtle that it may not be noted by others. They have no issues with attending to their personal care.

Patients assigned a CDR score of 1 or classified as dementia stage 3 have moderate memory loss, particularly for recent events. They may begin to have some difficulty with geographic orientation and directions even though they will likely be able to identify their location during their neurologic assessment. Problem-solving may begin to challenging but social judgment is usually still intact. Although these individuals may appear to be functioning normally to a casual observer, their ability to perform their normal functions in the community and at home are compromised. They will likely have abandoned those tasks that are more challenging or require assistance to perform them. They may still be able to attend to their personal care, but usually need prompting to do so.

Patients in this dementia stage have begun to have significant deterioration in their memory with little ability to retain new material. Their orientation to time is often lost with notable decline in their orientation to place. Problem-solving has further deteriorated and social judgment is now impaired. While they appear well enough to be taken to events outside of the home, there is no longer any pretense about their ability to function independently at home. Maintaining personal care (e.g., dressing and hygiene) requires considerable assistance.

When this dementia stage is reached, individuals have lost almost all of the functions assessed in the CDR evaluation with the possible exception of orientation to some people and the preservation of some fragments of past memory. They require full assistance with daily function.

A few types of dementia—such as thyroid-induced dementia or alcohol dementia—are potentially reversible if treated. Unfortunately, many causes of dementia are not curable or reversible but rather inevitably progressive.

For patients and their loved ones, receiving a diagnosis of a progressive dementia is overwhelming. Understanding the course of the disease and the impact it will have on daily life, however, can help patients and caregivers alike make plans for the future that make the progression as bearable as possible.