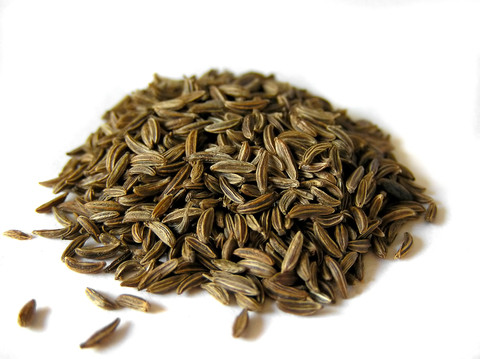 Cumin isn’t just a tasty addition to flavor a dish.

Cumin may well be my favorite spice. It is a staple flavor in my favorite quinoa salad, I use it in all my Mexican-inspired cooking, and it is also delicious in Indian cooking. I was thrilled when I learned that cumin isn’t just a tasty addition to flavor a dish, but it’s good for you, too. Lowering cholesterol and triglycerides are among the many cumin health benefits.

Several studies have found a link between cumin intake and cholesterol and triglyceride levels. In one study on obese and overweight women, some women ate 3 g cumin powder with yogurt twice a day for three months and some ate yogurt without cumin. Women who ate the cumin had lower cholesterol, triglyceride, and LDL levels, along with increased HDL cholesterol (the good kind) after the three-month study.

There are many reasons that cumin may impact cholesterol levels. For one, cumin contains a variety of beneficial compounds, like essential fatty acids, polyphenols, and flavonoids. Many of these, like catechins, quercitin, and luteolin, are well known to have beneficial effects on cardiovascular risk factors including cholesterol and triglycerides. These compounds act as antioxidants, which help to keep cholesterol and triglyceride levels in the healthy range.[3]

It also may be able to help lower cholesterol because it mimics the effects of estrogen, and estrogen is known to protect against high cholesterol.[4] Cumin has also been shown to help lower blood sugar, which may in turn help control lipid levels.[5]

Some of the other cumin health benefits include controlling high blood sugar;[5,6] fighting bacterial, viral, and fungal infections; promoting wound healing; and acting as a strong antioxidant.[3]

To take advantage of the many health benefits of cumin, start using it in your cooking today. It is a very versatile spice that can be used in many different types of cuisine. Try this recipe for a delicious quinoa salad that features the flavors of cumin, lime, and cilantro. Or, try this Indian-spiced grilled chicken recipe. Other ideas include throwing some cumin into fajitas or tacos, onto prawns, or into a salad dressing.