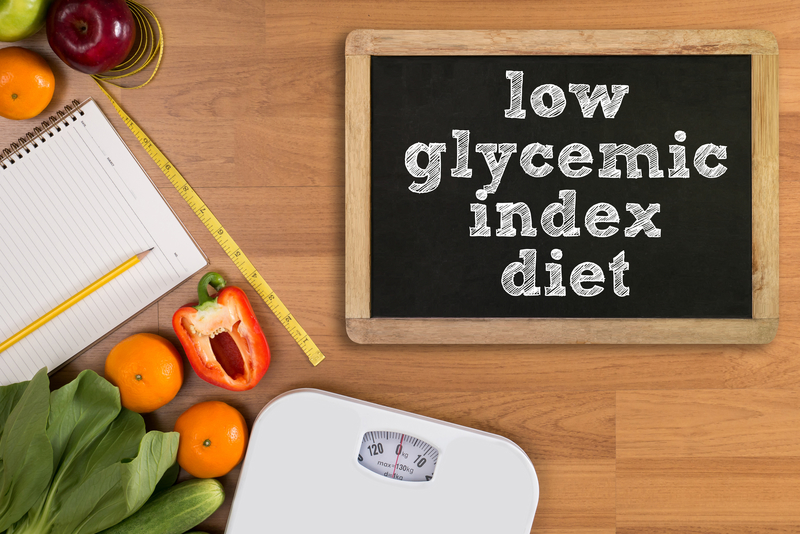 Some people fighting diabetes adhere to a diet with a low glycemic index to avoid blood-sugar spikes. Others focus on counting carbs and/or getting the right about of fiber every day.

Different foods affect your blood sugar in different ways. Knowing which foods trigger rapid glucose spikes can help you avoid blood-sugar fluctuations and better manage your diabetes. With the glycemic index (GI), you have a tool to help guide your dietary decisions. By opting for low-GI foods, you can minimize the effects that your meals have on your blood sugar.

Trouble is, it might not always be convenient—if you’re dining out or navigating the aisles of your local supermarket—to look up the GI value of a particular food. Plus, with so many other things to consider, adding the glycemic index to the mix can make managing your diet and your diabetes more challenging—especially for those who are relatively new to diabetes meal planning, says Lori Zanini, RD, CDE, spokesperson for the Academy of Nutrition and Dietetics.

“It gets really complicated for a lot of people,” Zanini says. “It’s difficult to manage meal planning [because you’re] looking at food labels, looking at carbohydrates, and then also thinking about the glycemic index.”

Instead, Zanini recommends simplifying things by focusing on the carbohydrate and fiber content—as well as the portion sizes—of the foods you eat. Key blood-sugar considerations: the glycemic index (or glycemic load), carbohydrates, and fiber in your diet.

The glycemic index gauges how your blood sugar, or glucose, rises in response to foods that contain carbohydrates. These foods are ranked on a scale from zero to 100, based on how much they increase blood sugar after you eat them.

GI values are based on the average blood-glucose response of 10 healthy people to a food containing 50 grams of carbohydrate (or 25 grams for foods with lower carbohydrate amounts). Glucose and white bread have a GI of 100 and serve as the standards to which other foods are compared and scored.

The GI is limited by the fact that it doesn’t indicate the carbohydrate content of a particular food. So, experts developed another way to look at it, the glycemic load, which incorporates the amount of carbohydrates in a food as well as its GI value. To calculate the glycemic load of a food, multiply its GI by its carbohydrate content and divide that value by 100. A low-glycemic-load food scores at 10 or lower; medium, 11 to 19; and high, 20 or greater.

Although the glycemic load may fine-tune the glycemic index, Zanini says it adds yet another step that may make its use less practical for many diabetes patients trying to map out their meals.

“Some people, when they’re first diagnosed with diabetes, they’re very overwhelmed, so if you throw the glycemic index or the glycemic load at them at first, that would be too overwhelming,” Zanini adds.

People who have had diabetes for several years, she adds, “may be great at carbohydrate counting and they feel like they’re making progress, but they want to continue to learn more and get a better grasp on the food they’re eating, those are the people I’d talk to more about the glycemic index.”

Furthermore, it’s important to understand that the GI is not universal. Just because a food raises one person’s blood sugar doesn’t mean you’ll have the same response.

Given these limitations of the GI, the American Diabetes Association (ADA) recommends that people with diabetes use carbohydrate counting as the primary tool for managing blood sugar. Research suggests that the total amount of carbohydrate in a food often is a stronger predictor of blood-sugar response than the GI, according to the ADA.

The amount of carbohydrate you need depends on several factors, such as your activity level and any medications you take. The ADA notes that a good starting point is consuming 45 to 60 grams of carbohydrate per meal. From there, work with your healthcare providers to determine the amount that’s right for you.

Instead of searching for low-GI foods, a simpler way to gauge how a food will affect your blood sugar is to look at its fiber content, Zanini says. Foods high in fiber will slow down digestion and lead to a more gradual and lower rise in blood sugar.

It’s easy to find foods that contain fiber—they’re derived only from plants. Also known as roughage or bulk, fiber is the indigestible portion of plants. Because the fiber isn’t digested, it has no effect on blood glucose. Fiber-rich foods include nuts, seeds, whole fruits and vegetables, oatmeal and other whole grains. Look for products containing five grams or more of fiber per serving.

For people age 50 and younger, experts recommend that men get 38 grams of dietary fiber a day, while women should get at least 25 grams of fiber daily. Recommendations for fiber consumption among people age 51 and older call for 30 grams a day for men and 21 grams a day for women. In one study (New England Journal of Medicine, May 11, 2000), researchers found that consuming more than 50 grams of fiber a day improved blood-sugar control in people with diabetes.

“Looking at the fiber content is much easier than trying to figure out where on the glycemic index scale a food is,” Zanini says. “Generally speaking, if something is higher in fiber, it’s going to be lower on the glycemic index, so it’s not going to raise your blood sugar the same way as other foods might. That’s why we’ve heard so many recommendations about plant-based diets being helpful, especially for people with diabetes—they’re so high in fiber.”

Whether you’re searching for low-GI foods, counting carbs, or focusing on fiber, one of the most important aspects of diabetes meal planning (and weight management) is portion control. Simply put, the larger the portion of food you put on your dinner plate, the more likely you are to overeat and raise your blood sugar. (Check out the Centers for Disease Control and Prevention’s tips for practicing portion control.)

An easy way to manage your portion sizes and get the right balance of foods is to follow the so-called “plating method,” Zanini says. Using a 9-inch-diameter dinner plate, fill half with non-starchy vegetables, one-quarter with starchy vegetables or whole grains, and the remaining quarter-plate with a lean protein source.

“That’s about as easy as we can make it,” Zanini says. “For a lot of people, that is so much more manageable because they’re eating out or away from home a lot of times and they don’t have access to a measuring cup or they can’t look at the label of the food they’re eating.

“Yes, there are lists where you can find every single food and exactly where it ranks on the glycemic index, but it’s not very realistic for someone to remember all of that, especially if they’re at a restaurant or eating at a family friend’s house,” she adds. “In that case, the best thing to do is really look at the portion sizes and see what you’re eating, versus following the glycemic index.”