Home » Daily » Diabetes » The Benefits of Working Out While Pregnant: How to Prevent Gestational Diabetes and Weight Gain 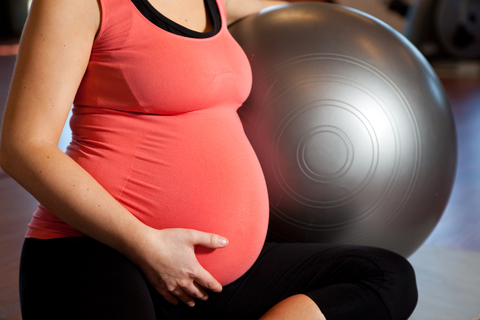 Many women wonder whether they should be working out while pregnant. Research shows that it isn’t just safe to be exercise while pregnant; it is actually quite beneficial to the health of you and your baby.

Working Out While Pregnant Can Help Prevent Gestational Diabetes

Gestational diabetes is a form of diabetes (resulting in high blood sugar) that occurs during pregnancy. It is one of the most common complications of pregnancy and is linked to other dangerous conditions like pre-eclampsia, hypertension, preterm birth, and higher risk of having to have a cesarean delivery. It is also related to an increased risk of the child being overweight, being obese, or developing diabetes later in life.[1]

If you want to know how to prevent gestational diabetes, look to physical activity first. A study published in June 2015 looked at data from 2,873 women; half had followed physical exercise programs during pregnancy and half had not. The women who had exercised showed a significantly lower risk of developing gestational diabetes. And the earlier in the pregnancy the exercise regime began, the lower the risk. No adverse events associated with exercising were reported.[1]

Unfortunately, around 20 percent to 40 percent of women gain more than the recommended amount of weight during pregnancy. Gaining excess weight can be dangerous for both mother and baby. Complications for mom include pre-eclampsia, infections, endometriosis, and more. The baby can be put at risk as well; higher rates of preterm births, stillbirths, miscarriages, and congenital abnormalities are associated with excessive maternal weight gain. Both child and mother are also likely to be overweight later, with mothers tending to retain excess weight after delivery and babies having a higher risk of childhood obesity as they grow up.[2]

To avoid excessive weight gain, prevent gestational diabetes, and keep you and your baby healthy, stay active throughout your pregnancy. Avoid activities with high risk of injury, and choose something like walking, jogging, swimming, yoga, or tai chi. Ideally, your exercise program should include a combination of aerobic, resistance, strength, and flexibility exercises. Aim for 30 minutes of light to moderate activity daily [1].

Talk to your doctor about safe exercise while pregnant, as some precautionary measures should be taken. Keep in mind that for many women, it is recommended not to lie on your back for extended periods into the second and third trimester, so keep any exercises where you are lying down to a minimum. Make sure you aren’t huffing and puffing so much you can’t talk; this will help you maintain a moderate level of exercise to avoid overheating, which can be risky. For this same reason, don’t exercise when it is too hot. Finally, stay well hydrated by drinking plenty of water.

Browse our extensive collection of resources to find other helpful information on staying healthy during and after your pregnancy. Learn how yoga can help treat pregnancy anxiety here, how to recover from C-section surgery here, and how to treat postpartum depression naturally here.