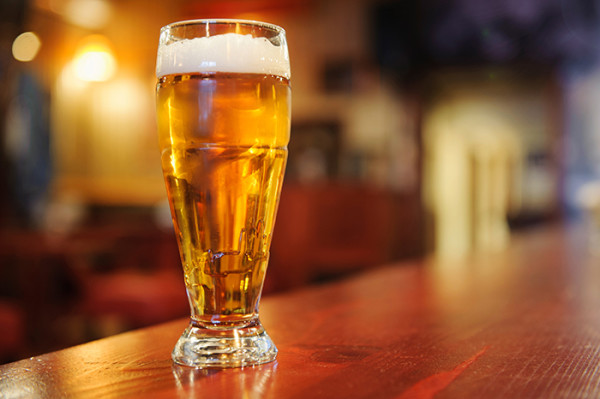 Among the foods to avoid with gout: alcohol. And although drinking any alcohol heavily can worsen gout symptoms, beer can have the most significant effect due to its yeast content.

Gout is a type of arthritis—it’s sometimes referred to as gouty arthritis—caused by the accumulation of uric acid crystals in one or more joints. It most often occurs in the big toe joint, but also can affect your hands and your knees. Uric acid forms when the body breaks down purines (substances that occur naturally in human tissue). Purines also are found in many different foods; this is why many people with gout are advised to follow a gout diet, keeping in mind that there are certain foods to avoid with gout.

In fact, gout has been known as the “disease of kings” or “arthritis of kings,” because it is associated with people who eat a diet high in meat and alcohol.

What causes gout symptoms? Normally, purines dissolve in the blood and pass through the kidneys into your urine. But in people who have gout, uric acid builds up and can form sharp crystals in the joint space. This causes swelling and intense pain in the affected joints.

Gout symptoms may develop suddenly, and they usually occur at night. The affected joint becomes red, feels hot, and hurts, especially when you touch it. (How long does gout last? See our post on the topic by clicking here.)

Foods To Avoid With Gout

Gout is one of the few forms of arthritis in which diet seems to play a role. Some studies have found that drinking water or skim milk may help prevent gout symptoms, while eating a diet high in meat, seafood, and sugary drinks and fruits may raise your risk for gout symptoms.

If you often suffer from gout symptoms, it’s a good idea to keep a food journal in which you make a note of any foods that seem to trigger an attack. As a rule, foods to stay away from include:

Keep in mind that making a note of which foods to avoid with gout is only one aspect of managing gout symptoms. It is important to take medications prescribed to ease your gout symptoms as directed, eat a healthy and balanced diet, exercise, and maintain a healthy body weight.