Home » Daily » Bones & Joints » Gout: What Causes “The Arthritis of Kings”—and How to Prevent It 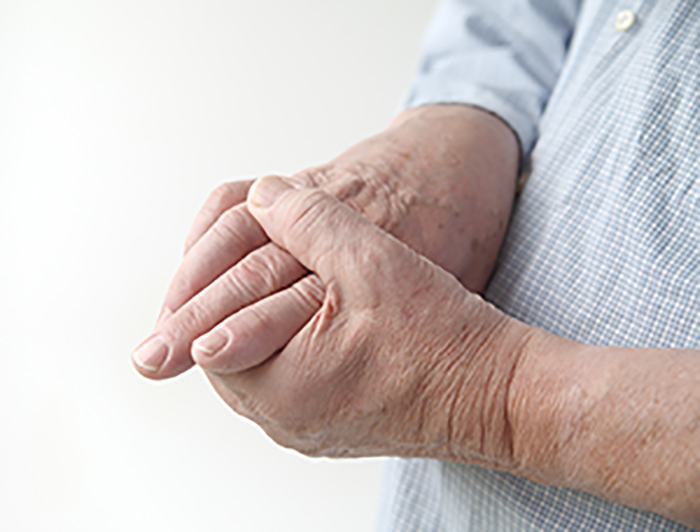 Gout is a form of arthritis that occurs when there is too much uric acid in the blood, tissues, and urine. Accumulating uric acid crystallizes and takes on a needle-like shape, jabbing into the joints (usually the big toe, but also other joints, including those of the mid-foot, ankle, knees, wrists, and fingers). It causes excruciating pain and joint destruction, and may lead to heart attacks, type 2 diabetes, and premature death.[1]

Acute joint pain is usually the first symptom of a gout attack, followed by inflammation.

In the beginning, gout attacks usually involve only one joint at a time and resolve spontaneously within two weeks, with joints going back to normal between attacks. Over time, gout attacks tend to involve multiple joints at once, occur more frequently, and last longer. Eventually, if gout attacks continue, joint damage (chronic arthritis) occurs in multiple joints.

Overproduction of uric acid can be caused by being overweight or obese. The heavier you are, the greater the risk.[2] In addition to obesity, the body may make too much uric acid because of excessive exercise, chemotherapy, recent trauma or surgery, genetic defects, or health problems such as psoriasis or hemolytic anemia.

Under-excretion of uric acid can be caused by dehydration, use of diuretics, kidney disease, severe calorie restriction, and alcohol intake. The risk varies substantially according to type of alcoholic beverage: beer confers a larger risk than hard alcohol, whereas moderate wine drinking (two servings per day for men and one for women) does not increase the risk.[3]

Overconsumption of purines. Meat, organ meat, and seafood are the foods highest in purines and significantly increase gout risk.[4] Although mushrooms, asparagus, cauliflower, beans, lentils, and spinach are also relatively high in purines, these vegetables do not raise uric acid levels or increase gout risk the way meat and seafood do.[4,5]

Once the acute attack is controlled, the NSAID dosage is reduced to approximately one-half to one-fourth of that amount, tapered over approximately two weeks. Gout symptoms should be absent for at least two days before the NSAID is discontinued.[8]

After the acute attack subsides, conventional treatment of gout involves the long-term use of drugs used to lower uric acid levels, such as allopurinol and febuxostat, with the goal of reducing serum uric acid levels to below 5 or 6 mg/dL.8 The uric-acid lowering drugs can actually cause acute gout flares with initial use, so an anti-inflammatory such as colchicine or an NSAID is usually prescribed in conjunction for the first six months.

Approximately 3 to 10 percent of patients taking allopurinol develop symptoms of intolerance, such as dyspepsia, headache, diarrhea, or an itchy rash. Rarely, it causes a delayed allergic reaction that can lead to organ failure and death.8 NSAIDs should be avoided in patients with a history of peptic ulcer disease or gastrointestinal bleeding, those with kidney or liver disease, and those taking warfarin. They must be used cautiously in patients with diabetes and those who are receiving concomitant angiotensin-converting enzyme (ACE) inhibitors.

NSAIDs should be limited in elderly patients, because of the potential for adverse central nervous system effects. Colchicine can lead to marrow toxicity and muscle weakness, and often causes GI upset.

Gout can be prevented by keeping serum uric acid levels below 5 mg/dL. Here are some strategies, which typically involve a gout diet:

For acute gout attacks, the natural therapies discussed above can be used alone or alongside conventional treatment.

While you may want to use a conventional pain reliever or anti-inflammatory for short-term relief of acute attacks, safe and effective natural therapies should be your preferred choice for long-term gout management and prevention. For example, many people have reported keeping their gout symptoms under control by watching their diet and eating 10 to 12 cherries a day or by taking a tart cherry powder extract.

Originally published in 2015, this post is regularly updated by the University Health News staff.