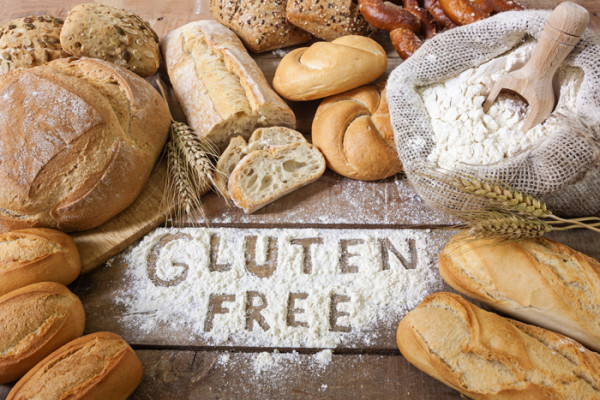 Are you on a diet of gluten-free foods? Concentrate on what you can eat, not what you can't.

Here’s some worthy advice—and good news—for people who started out their gluten-free journey by asking the simple question, “What foods have gluten?” Instead of concentrating on what not to eat, concentrate on the gluten-free foods you can eat.

Fortunately, there are many healthy and delicious foods that are naturally gluten-free. They include:

As a rule, traditional wheat products such as pastas, breads, crackers, and other baked goods are not gluten-free. However, there are many gluten-free options available that use alternative flours and grains.

There are also many naturally gluten-free grains that you can enjoy:

Caution: According to the Celiac Disease Foundation, some naturally gluten-free grains may contain gluten from cross-contact with gluten-containing grains through harvesting and processing. Purchase only versions that are tested for the presence of gluten and contain less than 20 parts per million.

Many cereals contain gluten or wheat-based ingredients, but there are some that do not. Be on the lookout for the “gluten-free” label, but also realize that not all gluten-free cereals will advertise as such, so it is important to check the list of ingredients. Something to watch out for: cornflake cereals and puffed rice cereals may contain malt flavoring or extract, which contains gluten.

Oats are often harvested and processed with the same equipment that is used for wheat, and are therefore easily contaminated. Research indicates that pure, uncontaminated oats consumed in moderation (up to ½ cup dry rolled oats daily) are tolerated by most people with celiac disease. Look for oats specifically labeled gluten-free in all products containing oats, including granolas and granola bars.

Soups and sauces are one of the biggest sources of hidden gluten, as many companies use wheat as a thickener. It is always a good idea to read the label of any pre-prepared or canned soups and sauces, paying special attention to those that are cream-based.

Fresh and frozen fruits and vegetables are naturally gluten-free foods. However, it’s important to read labels on any processed fruits and veggies, as well as dried fruit and pre-prepared smoothies. Additionally, packaged frozen potatoes are not always gluten-free, and labels should be read carefully when considering these products.

Most beverages are gluten-free, including juices, sodas, and sports drinks. Alcoholic beverages, including wines and hard liquor/distilled liquors/hard ciders are also gluten-free. However, beers, ales, lagers, malt beverages and malt vinegars that are made from gluten-containing grains are not distilled and therefore are not gluten-free. There are several brands of gluten-free beers available in the United States and abroad.

Not all medicines and vitamins are gluten-free, so make sure to read the label before you buy.

Q.: I have celiac disease, so I’m always searching for products that don’t contain gluten. Are corn tortillas gluten-free?

A.: The short answer is “yes,” but there are a couple of caveats. They have to do with the actual ingredients in the tortillas and where the tortillas are made.

First, corn contains no gluten. Gluten is a protein found in all varieties of wheat, barley, and rye that helps hold food together, almost like an edible glue. But gluten is found in more than the obvious products, such as breads, baked goods, cereals, and pasta. Wheat, rye, and barley also find their way into soups, salad dressings, condiments (soy sauce and malt vinegar), beer, and cooking ingredients, such as brewer’s yeast and malt extract. Even some medications, cosmetics, and dietary supplements contain gluten.

Tortillas and other products made primarily of corn probably are free of gluten, but you should read the entire ingredients list just to be sure. Also, it’s important to look at the label for information about where the tortillas are processed. They may be made in a facility that also processes wheat or other grains containing gluten, and there may be a note to that effect on the packaging.

Also, the U.S. Food and Drug Administration’s rule regarding the use of the term “gluten-free” on a food label states that the food must contain less than 20 parts per million of this protein. This isn’t a concern for most people with celiac disease, but if you’re especially sensitive to gluten, even trace amounts may be a problem.