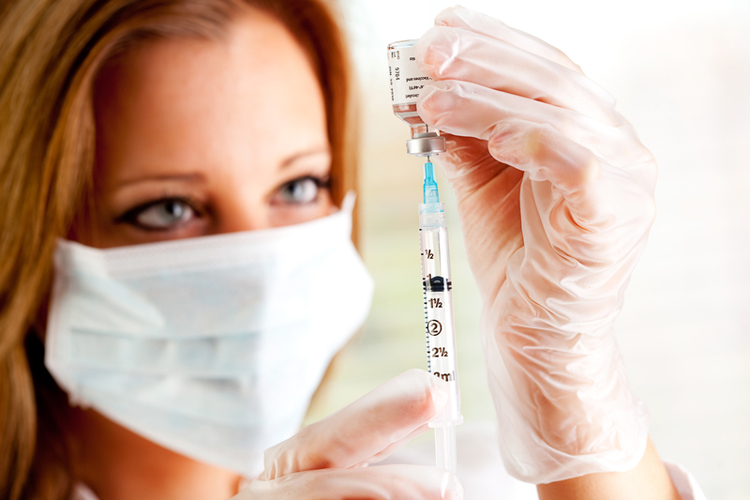 Do flu shots work? Despite the influenza outbreak of winter 2017-18, experts still advise a flu vaccination.

If you had the flu vaccine this year, you may be expecting to get through flu season with just the odd sniffle here and there. But that might not be the case. In December, the Centers for Disease Control and Prevention (CDC) reported that flu activity had increased sharply in the United States. The CDC’s surveillance map for the week ending Dec. 30, 2017 shows that 46 states are now reporting widespread illness. CDC data shows that the proportion of flu-related outpatient visits in December was 5.2 percent (above the national baseline of 2.2 percent), and hospitalization for flu is soaring among young children and seniors. The outbreak has a lot of people asking, “Do flu shots work?”

In this current flu season, at least 106 people—including 13 children—are thought to have died from flu through mid-December. In California alone, 29 have died—an “unofficial” tally, according to state officials, between October 2017 and Jan. 11, 2018. Last year, during the 2016-17 flu season, the state reported only four flu deaths. Yet many experts are saying that it’s still better to get a flu shot than to pass, even in years when it’s less effective (see “Protect Yourself from Flu” sidebar below).

IS IT FLU—OR JUST A COLD?

Why Is the Flu So Widespread?

While the news headlines may have you wondering, “Do flu shots work?” the flu vaccine is usually 50 to 70 percent effective. Unfortunately, last year’s vaccine was in the 32 to 39 percent range, and this year’s vaccine is even lower—possibly as low as 10 percent, according to some estimates.

One factor behind the serious flu outbreak may be the severe weather in the Northeast: extremely cold temperatures make the immune system less effective at combating viruses. Complicating the 2017-18 outbreak is a shortage of the IV bags doctors need to rehydrate and deliver medication to people with severe flu. The bags are produced in Puerto Rican factories, and production has been hard-hit by the 2017 hurricane season. Another problem doctors and flu patients are facing is a shortage of Tamiflu, an antiviral drug that can shorten the duration of flu and ease its ill effects if given early enough after symptoms develop.

Authorities had some advance warning on this year’s outbreak. A recent study focusing on the Australian flu season—which coincides with summertime in the U.S.—estimated that the vaccine was only 10 percent effective.

“It’s important every year that we monitor the Australian flu season because the following flu season in the U.S. and Europe could be similar,” says Slobodan Paessler, MD, a professor in the department of pathology at the University of Texas Medical Branch at Galveston. “When the flu vaccine isn’t terribly effective in Australia, U.S. and European health authorities prepare for a potentially severe flu season.” 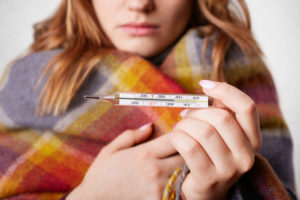 Fever is one of multiple flu symptoms that can make life miserable. Others include headache, chills, muscle aches, fatigue, and sore throat.

Do Flu Shots Work? If So, Why Are They Less Effective This Year?

The flu vaccine protects against three or four flu viruses. Each year, it’s updated due to the fact that flu viruses constantly change. Scientists from the World Health Organization predict which viruses are likely to be most active during the upcoming flu season based on year-round surveillance data from more than 100 countries.

It isn’t always possible, unfortunately, to accurately predict which strains of flu will circulate during flu season. And if a different flu virus takes hold, there isn’t time to produce a new vaccine that can protect against it. It takes about six months to produce large quantities of the flu vaccine, according to the CDC.

WHO IS MOST AT RISK FOR FLU?

The flu vaccine can also be rendered less effective if any of the flu viruses included in the vaccine mutate. This seems to be a factor behind the 2017-18 outbreak, experts believe.

Australian health officials have pointed to the emergence of a vaccine-resistant strain of H3N2 flu; while this strain of flu was included in this year’s vaccine, the mutation means the vaccine is less effective at combating it.

The CDC says that about 80 percent of people who have the flu have this strain of the virus. “H3N2 is a bad virus,” Daniel B. Jernigan, MD, MPH, director of the CDC’s influenza division, told the New York Times. “We hate H3N2.”

The same story, published on Jan. 8, noted, “This winter’s flu season is turning into a ‘moderately severe’ one that might get worse because of an imperfect vaccine and steady cold weather, flu experts and public health officials said this week.”

The flu outbreak has prompted a heavy search for flu treatment advice. Over-the-counter (OTC) painkillers and fever reducers can help you feel more comfortable when you have flu symptoms, but they won’t affect how long it lasts. Typically, a flu will last around three days but in some cases, you may feel ill for two weeks or more. (See our post “How Long Does the Flu Last?“)

It’s vital to take precautions to avoid spreading the flu to others:

PROTECT YOURSELF FROM FLU

The answer to the question “Do flu shots work?” is: Yes, they generally do, so you should still consider getting the flu vaccine if you haven’t already. (The flu season in the U.S. lasts from fall through winter, with the peak season typically form November through March, according to the Centers for Disease Control and Prevention.)

While a flu shot can never offer a cast-iron guarantee of protection, it can ease the severity of flu symptoms if you’re unlucky enough to catch the virus. And studies show that the flu vaccine can significantly reduce the risk of dying from flu-related complications such as pneumonia, particularly in the cases of babies and young children. If you’re an older adult, ask your doctor about the high-dose flu vaccine—studies suggest it is highly effective in seniors.

Meanwhile, taking these steps can help you fight off flu symptoms: