Home » Daily » Digestive Health » What Is Celiac Disease? It May Be the Source of Your Digestive Problems 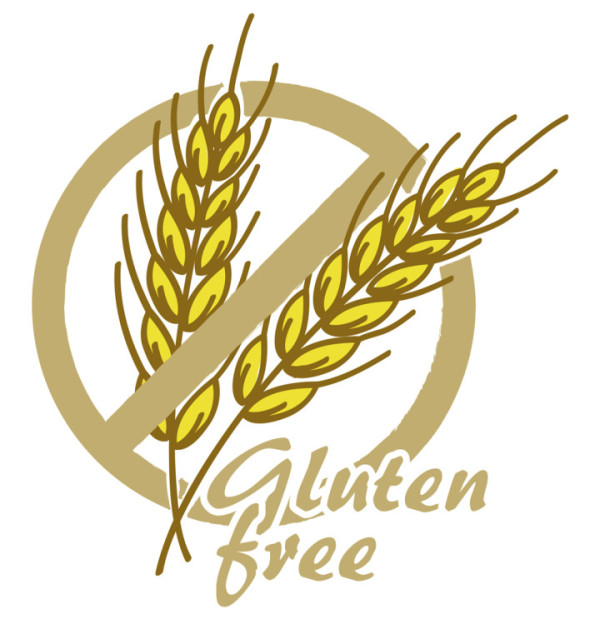 More and more food products are using this type of graphic as a shout-out to those requiring a gluten-free diet.

At some point in time, everyone has stomach problems related to something they ate. It could be that your body has trouble digesting gluten, a condition commonly known as celiac disease. Gluten is a protein found in wheat, barley, and rye, as well as in many common food additives.

An essential process in digestion is the absorption of nutrients from the small intestine into the bloodstream. Disorders that interfere with this are called malabsorption disorders, and one of the most common is celiac disease. This condition, also called sprue, is where damage to the small intestine impedes absorption. The damage occurs when the immune systems mistakes the protein gluten for a dangerous intruder and attacks it. This causes inflammation that irritates and damages the small intestine.

According to The Celiac Disease Foundation, the exact cause of celiac disease is not understood, although there is a genetic component; it occurs in 5 to 15 percent of the offspring and siblings of a person with celiac disease. Occurrence of the disease is on the rise; one in 133 people in the U.S. is affected. A new study indicates that celiac disease has increased in North America from 11.1 percent in 2000–2001 to 17.3 percent in 2008–2010. It can occur at any time in life; in adults it can be triggered by emotional stress.

Symptoms of celiac disease include:

If celiac disease is suspected, your physician can make the diagnosis with a blood test and possibly an endoscopic biopsy. The blood test can show whether the body’s immune system is making antibodies against gluten or other enzymes involved in the disease process. Antibodies are substances that are produced by the body to attack threatening invaders. Gene testing to help identify a genetic predisposition to the disease is also available.

Because of the genetic predisposition to celiac disease, relatives—particularly parents, siblings, and children of celiac disease patients—also should be tested.

The treatment for celiac disease is to avoid all gluten. Once gluten is removed from the diet, immune reaction to gluten is reduced and the inflammation resolves. The small intestine begins to heal, and absorption of nutrients goes back to normal. For older adults, the small intestine should be completely healed after two years on a gluten-free diet.

Confirmation of celiac disease diagnosis is important since strict adherence to a gluten-free diet can eliminate the symptoms and prevent complications that can occur with this disease. Left untreated, the damage to the small intestine can put people at risk for cancer in the intestine, osteoporosis, anemia, seizures, and liver disease.

Following a gluten-free diet can be a challenge as it requires avoiding all wheat, rye, barley, and, possibly, oats. This means no pasta, cereal, and bread made with these grains. Instead, celiac patients must find pasta and bread made of potato, rice, soy, or bean flour. Many stores now carry gluten-free products. Check labels carefully to avoid hidden sources of gluten in some products, including additives like modified food starch, preservatives, and stabilizers.

A gluten-free diet requires a substantial change in dietary habits. A dietitian with good knowledge of this disease can provide assistance, particularly following the initial diagnosis. Support groups also can be helpful.