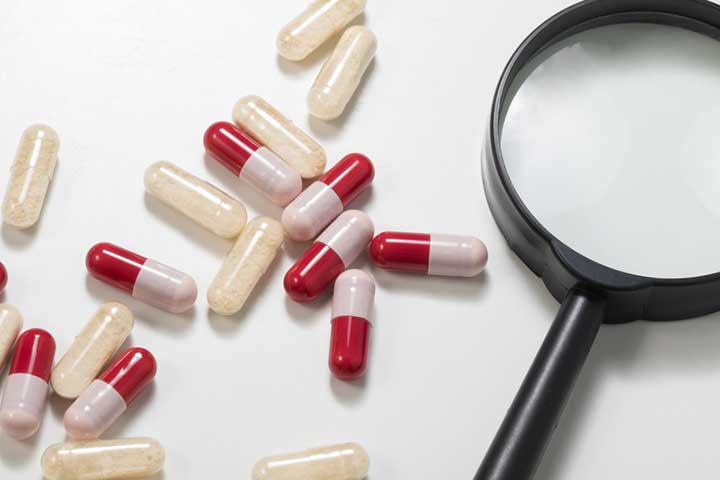 Many people believe using probiotics and antibiotics together is a necessity. That’s because antibiotics do not discriminate. They wipe out all bacteria in their path, whether harmful or good, which can upset healthy balances in the gastrointestinal tract and other body functions.  To avoid losing the good bacteria, many people combine probiotics and antibiotics. But how effective is the combination? Let’s first take a look at how their used individually.

Antibiotics are used by medical professionals to help treat infection by killing off bacteria that can make you sick. Penicillin was the first antibiotic discovered in 1928 by Alexander Fleming, but pharmaceutical firms were slow to show interest.

According to MicroBiologySociety.org, “Following a fire in Boston, Mass., in which nearly 500 people died, many survivors received skin grafts which are liable to infection by Staphylococcus. Treatment with penicillin was hugely successful, and the U.S. government began supporting the mass production of the drug. By D-Day in 1944, penicillin was being widely used to treat troops for infections both in the field and in hospitals throughout Europe. By the end of World War II, penicillin was nicknamed ‘the wonder drug’ and had saved many lives.”

PROBIOTICS AND ANTIBIOTICS FOR YEAST INFECTIONS

Many women would rather do anything than take antibiotics, not because they’re concerned about superbugs and antibiotic resistance, but because antibiotic use can cause vaginal yeast infections in some women. According to Livestrong.com, taking probiotics regularly may help for chronic yeast infections, although more research is needed to know exactly which strains—and how much—are needed. One study, they said, found that Lactobacillus strains were not effective at preventing antibiotic-caused infections.

The problem with antibiotics is that they aren’t specific to the harmful bacteria that infect you; they wipe out the other, beneficial bacteria in your body, too. In this way, antibiotics disrupt the balance between good and bad bacteria, which can lead to significant health problems. Also, they’re often over-prescribed, particularly to treat infections that are viral in nature and not bacterial, so the antibiotics are pretty much useless. And in addition to the potential damage antibiotics can do to your body, they can also spread antibiotic-resistant bacteria. This is where probiotics may come in handy.

Our bodies are full of healthy bacteria that keep our bodies functioning properly and ensure we have proper immune function. After antibiotics disrupt that bacteria community, some studies show that it can take six months for our bodies to return to normal. This can be especially difficult for children.

Adding yogurt and other foods with active probiotics can help. Healthy bacteria are replenished by the probiotics and antibiotics’ uncomfortable side effects, like diarrhea, upset stomach, and fatigue, can be alleviated. Fermented foods—like yogurt, kefir (a yogurt-like beverage), kombucha (fermented black tea), sauerkraut (refrigerated, not shelf-stable acid produced), kimchi (made from fermented cabbage), and tempeh and miso (made from fermented soybeans)—help good bacteria thrive.

Probiotics also can be obtained through supplements. To get the most benefit, look for a high-potency probiotic with at least 1 billion microorganisms. Purchase the highest quality, most potent probiotic you can afford, one that uses human-sourced strains of both lactobacilli (for the small intestine) and bifidobacterial (for the large intestine).

Finally, be aware that probiotics can have side effects, too, such as bloating, gas, and changes in your stool. However, these “problems” indicate the probiotic is probably working.

How Probiotics and Antibiotics Work Together

The idea of using probiotics and antibiotics at the same time has scientific basis. There is “high-quality evidence that probiotics are effective for acute infectious diarrhea, antibiotic-associated diarrhea, Clostridium difficile–associated diarrhea, hepatic encephalopathy, ulcerative colitis, irritable bowel syndrome, functional gastrointestinal disorders, and necrotizing enterocolitis … Probiotics have been widely studied in a variety of gastrointestinal diseases, and one in five Americans takes probiotics for digestive problems. The most studied probiotics for human use belong to the Lactobacillus, Bifidobacterium, or Saccharomyces species,” advises the American Association of Family Practitioners.