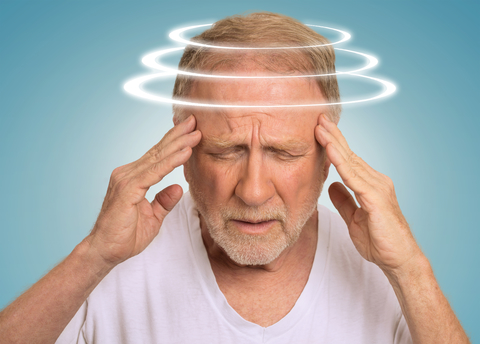 People with Meniere’s disease experience recurrent episodes of vertigo, hearing loss, tinnitus (ringing in the ears), and feelings of pressure in the ear.

If you suffer from Meniere’s disease, you know how debilitating, frustrating, and worrisome the condition can be. But you don’t have to suffer, and you don’t have to take medications with unpleasant side effects or get surgery to find relief. A variety of dietary strategies can help you reduce your symptoms. Meniere’s disease diet strategies include eating less salt, limiting alcohol and caffeine, and avoiding allergens. (More details are below.)

What Is Meniere’s Disease?

Meniere’s (pronounced men-years) disease is a disorder of the inner ear that leads to abnormal sensory processing related to hearing and balance. People with Meniere’s disease experience recurrent episodes of vertigo, hearing loss, tinnitus (ringing in the ears), and feelings of pressure in the ear. For many people, these symptoms can be very traumatic and frightening. Episodes tend to come and go, with acute episodes occurring in between periods of remission that may last several months.

Most people with Meniere’s are between the ages of 40 and 60 years old, but younger people can also have the condition.[1] No one knows what exactly causes the disorder, except that episodes occur when fluid builds up in the inner ear.

The proper Meniere’s disease diet will follow these important guidelines:

Addressing allergies, through avoidance of the allergen itself or through immunotherapy, can help improve symptoms. In one study, 82.6% of people with Meniere’s who were treated for their allergies said that they felt better after the treatment. They had fewer vertigo spells per month and used significantly less medication to control symptoms. These improvements were not seen in the control group that did not receive allergy treatment.[4]

Stress reduction. If you suffer from Meniere’s disease symptoms, addressing your stress levels should also be one of your top priorities. Anxiety and stress can make symptoms worse and last longer.[8] In turn, exacerbations of symptoms can cause even more stress, and so on.[8,9] Stress management techniques like cognitive behavioral therapy or mindfulness-based stress reduction are well worth your time, as they can help to break this vicious cycle.

Pycnogenol. There is some evidence that pycnogenol, a natural extract from French maritime pine bark, may help to control symptoms. In one study, 87.3 percent of people taking 150 mg/day were symptom free after six months, compared to only 34.6 percent of the control group.[10] Gingko biloba may also help vertigo symptoms.

Getting Started on a Meniere’s Disease Diet

If you feel at the whim of your Meniere’s disease symptoms, it is time to take back control. Make the three Meniere’s disease diet changes suggested above; these simple lifestyle changes could make a big difference in helping keep your symptoms at bay.

For added support, also include stress reduction techniques and a pycnogenol supplement into your daily routine.