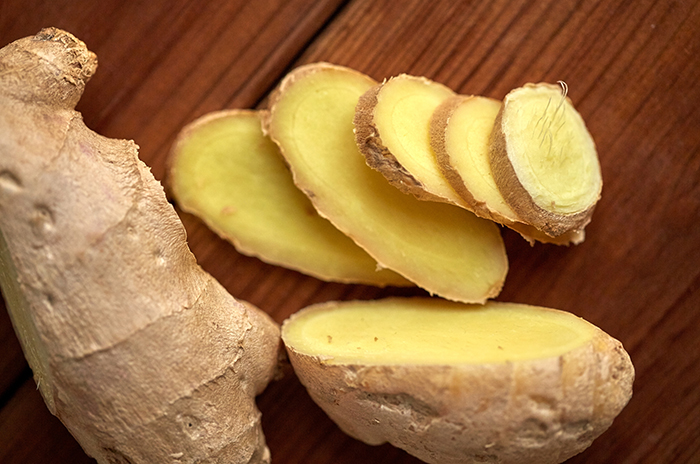 Ginseng benefits the most common form of chronic fatigue, a persistent state of low energy known as idiopathic chronic fatigue, for which there is no underlying medical cause. Not severe enough to be classified as chronic fatigue syndrome, this frustrating condition is often brushed off by the conventional medical community. A 2013 study, however, has identified ginseng as a valuable treatment for this condition.

Ginseng is one of the best known medicinal plants worldwide. The term “ginseng” actually refers to several species of the genus Panax, slow-growing plants from eastern North America and Asia that have aromatic, tuberous roots. For more than 2,000 years, the roots of Panax plants have been valued in Asian medicine for their ability to improve resistance to stress, invigorate, and tonify. The species of ginseng that is most commonly used and the most widely researched is Asian ginseng (officially known Panax ginseng C.A.Meyer, or Korean, Red, or Chinese ginseng).

Surprisingly few studies, however, have examined the effects of Asian ginseng on fatigue, despite the fact that fatigue reduction is one of the most well-known ginseng benefits. Thus, to evaluate the anti-fatigue effects of Asian ginseng, a group of researchers recently conducted a randomized, double-blind, controlled trial in 90 subjects with unexplained chronic fatigue [1]. They published their results April, 2013 in the medical journal PLOS ONE.

The subjects were adults (age from 20 to 65 years) who had experienced chronic fatigue for longer than six months and were screened to rule out diseases that are associated with fatigue, including chronic fatigue syndrome, depression, and anxiety. Subjects were randomly assigned to one of three groups: a placebo group, a 1 gram Panax ginseng group, or a 2 gram Panax ginseng group. Each subject ingested capsules of Panax ginseng extract (totaling 1 or 2 grams daily) or the placebo two times a day for four weeks.

Fatigue was measured at baseline, after two weeks, and after four weeks of treatment using two different tests, the Visual Analogue Scale and the Numerical Rating Scale. For the Visual Analog Scale, patients were asked to indicate their feeling of general fatigue on a scale from 0 to 10, with zero being no fatigue at all, and 10 being unbearably severe fatigue. After four weeks of ginseng treatment or placebo, all groups experienced a decrease in fatigue as measured by the Visual Analog Scale, but the drop in fatigue severity was statistically significant only for the subjects taking the high-dose (2 grams daily) of Panax ginseng extract. Their average Visual Analog Score dropped from 7.3 to 4.4.

For the second fatigue test, the Numerical Rating Scale, patients were asked seven questions related to physical fatigue and four questions related to mental fatigue. At the end of four weeks, scores for the mental fatigue symptoms were significantly improved by both 1 gram and 2 grams of Panax ginseng compared with the placebo group, with no difference between the 1 or 2-gram ginseng doses. The average score dropped from 20.4 to 15.1, from 20.7 to 13.8, and from 20.9 to 18.8 for 1 gram, 2 grams, and placebo, respectively. Physical fatigue symptoms also improved from baseline, but there was no significant difference between placebo and ginseng benefits on physical fatigue as measured by the Numerical Rating Scale.

The researchers hypothesized that the ginseng benefits, such as reduced fatigue and increased energy, may be the result of its ability to act as an antioxidant and to exert its anti-fatigue effects more through mental improvements than through physical ones. Besides physical fatigue, mental problems, such as difficulties with learning, memory or concentration, are characteristic symptoms of chronic fatigue and previous clinical studies in healthy volunteers have shown ginseng benefits cognitive performance and memory [2,3].

To test the antioxidant hypothesis, they performed a number of blood tests to measure levels of compounds associated with oxidative stress and antioxidants. The subjects with unexplained chronic fatigue in this study had approximately 1.3-fold higher baseline blood levels of total reactive oxygen species, and fourfold higher levels of malondialdehyde, another oxidative stress marker compared to healthy subjects. Both 1 gram and 2 grams of Panax ginseng significantly decreased blood levels of total reactive oxygen species and other markers of oxidative stress compared with the placebo after four weeks of treatment.

“Our results provide the first evidence of the antifatigue effects of Panax ginseng in patients with idiopathic chronic fatigue, and we submit that these changes in antioxidant properties contribute in part to its mechanism,” reported the researchers. “Taken together, these data lead us to conclude that Panax ginseng can be used to combat chronic fatigue,” the study authors conclude.

If you want to try Panax ginseng for your fatigue, following the same protocol as the patients in this study, take 1000 mg of a standardized extract twice a day, giving the extract at least four weeks to start working. It may take longer to get the full ginseng benefits on your fatigue, so if you notice only small effects after a month, continue for another month or two at the full dose.

Q: Are there any ginseng benefits for people who are coping with depression and/or anxiety? I have read that the herbal medication can help relieve both.

A: Although some studies have suggested that ginseng may have mood benefits, these studies are relatively few in number. The herb is used in traditional Asian medicine to reduce stress, lower anxiety, and promote feelings of calm, but larger and more extensive studies are required before the herb can be conclusively determined to provide benefit in these areas. A small study published in the journal Asia-Pacific Psychiatry in 2014 found that participants with major depression who received supplements of Korean red ginseng along with their antidepressant medication showed a significant decrease in depressive symptoms, but again, larger and more extensive trials are needed.

Meanwhile, ginseng is known to interact negatively with a number of medications and medical conditions, including lowering the effect of blood-thinning drugs, interfering with medications used for diabetes, and raising blood pressure. In some people, it may increase anxiety levels rather than lower them. It is always wise to talk to your doctor before taking any supplement, including ginseng.